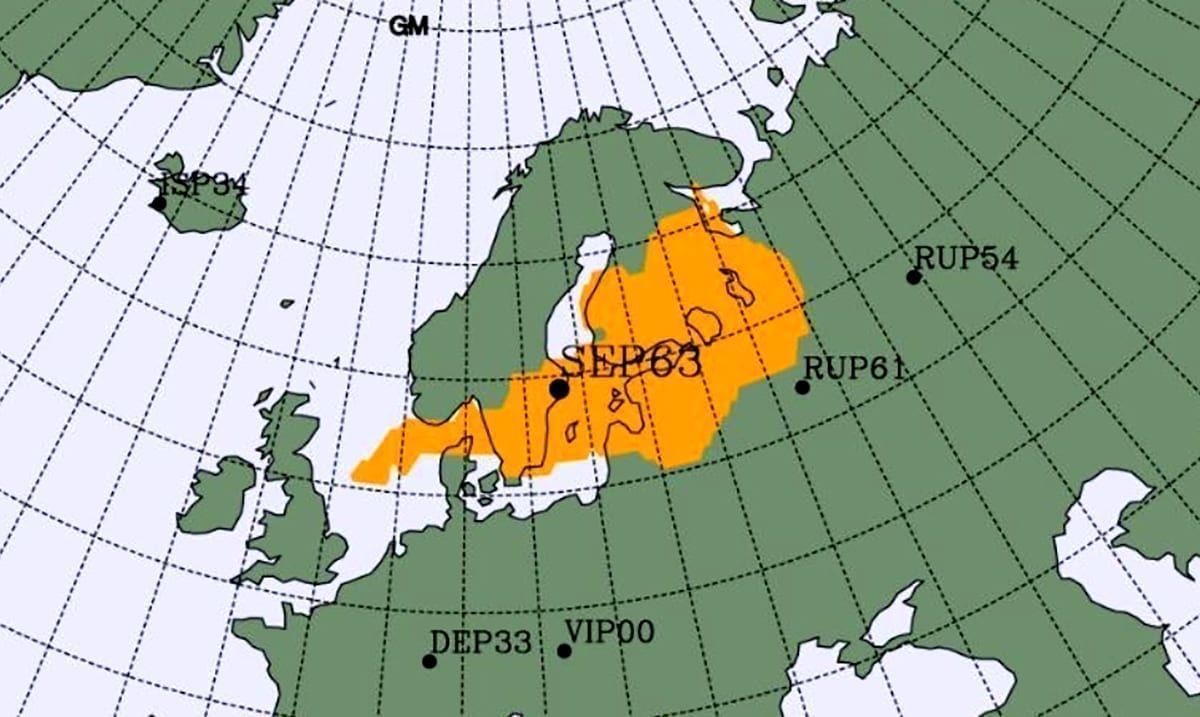 In recent times it seems a radiation spike over Europe has been noticed (in June 2020). This is something we do not know the reason behind and well, it’s quite confusing for a number of reasons.

According to The New York Times, Nordic authorities say they detected these slightly increased levels of radioactivity across the area just this month and it is thought that things could be stemming from Russia somehow. That being said, no real reason behind this has been noted just yet. It could, however, be some kind of damage to a nuclear power plant or something else of the sort. With no issues of the sort being reported in Russia, we’re still all quite confused as you’d expect.

According to The New York Times, the Swedish Radiation Safety Authority has said as follows on the matter:

“The radionuclides are artificial, that is to say, they are man-made. The composition of the nuclides may indicate damage to a fuel element in a nuclear power plant,” the Dutch agency said, adding that ”a specific source location cannot be identified due to the limited number of measurements.”

The Dutch National Institute for Public Health and the Environment (RVIM) covered this topic on their website and noted that something similar to this occurred back in 2017 as well. That being said, back then a source was easier to locate, and locating it was done in a much more accurate manner. With RVIM monitoring the presence of radioactivity constantly, this is something that was caught quite early on and will likely be resolved in time.

RVIM wrote as follows about this radioactivity spike:

In the first half of June 2020, small amounts of artificial (man-made) radioactive substances have been detected at several measuring stations in Northern Europe. The Swedish, Norwegian, and Finnish radiation protection authorities have reported this on their websites. RIVM National Institute for Public Health and the Environment has analyzed the available data to determine a possible cause and source location.

Iodine-131 was detected in Norway, while cesium-134, cesium-137, cobalt-60, and ruthenium-103 were detected in Sweden and Finland. The amount of radioactivity was very low and there was no impact on the environment or human health. No artificial radioactive substances have been found in The Netherlands. RIVM National Institute for Public Health and the Environment continuously monitors the presence of radioactivity in The Netherlands. Detecting very low levels of radioactivity (such as in this case) is only possible with advanced equipment. Such equipment is available at RIVM.

The detected radioactive substances are artificial, meaning they are man-made. The combination of radionuclides may be explained by an anomaly in the fuel elements of a nuclear reactor. RIVM has performed calculations to locate the source of the radionuclides. These calculations show that the arrival at the measuring stations took place from a southeast direction. It is unknown when the release took place and hence over which distances it dispersed.

The possible source location, therefore, covers a large area, and a more specific location for the source cannot be determined owing to the limited number of measurements.

I guess in time we will know more about this whole ordeal but for now, that’s all we’ve got. What do you think is causing this spike? I for one think there has to be something happening somewhere that perhaps we’re not as aware of as we should be.