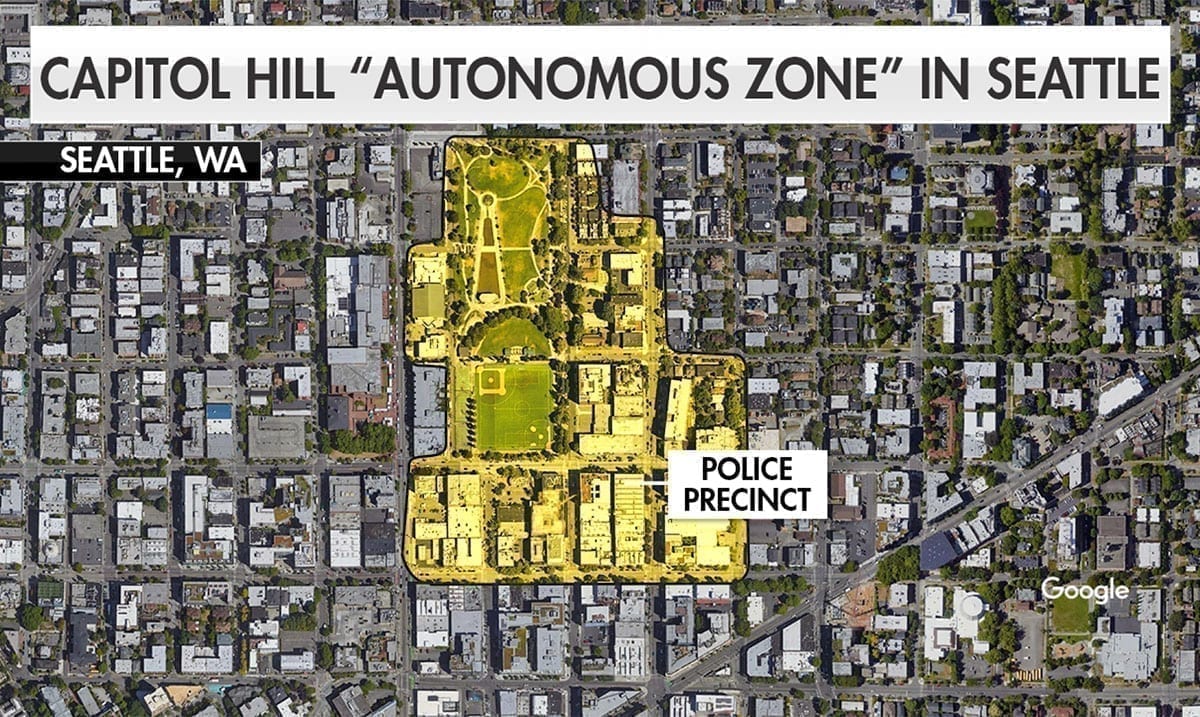 It seems in Seattle protestors have gained control of a police precinct and have from there managed to create what they are calling an ‘autonomous zone.’ This in many ways is quite mind-blowing and well, many are either all in favor or very much unsettled by it.

According to NY Times, on the streets near this police station officers and protestors spent roughly a week having standoffs every night over ‘control’ of this area. As a result of all of this, the officers there ended up boarding up the building and ‘abandoning’ it. That allowed those protesting to have ‘free rein outside.’ From there it seems protestors as NY Times puts it ‘seized the moment’ and ‘reversed the barricades to shield the liberated streets and laid claim to several city blocks.’

NY Times reported as follows on the topic:

What has emerged is an experiment in life without the police — part street festival, part commune. Hundreds have gathered to hear speeches, poetry and music. On Tuesday night, dozens of people sat in the middle of an intersection to watch “13th,” the Ava DuVernay film about the criminal justice system’s impact on African-Americans. On Wednesday, children made chalk drawings in the street.

One block had a designated smoking area. Another had a medic station. At the “No Cop Co-op,” people could pick up a free LaCroix sparkling water or a snack. No currency was accepted, but across the street, in a nod to capitalism, a bustling stand was selling $6 hot dogs. It was dealing in U.S. dollars.

On Wednesday night, President Trump tried to portray the scenes in the city as something more sinister. He called for government leaders to crack down on the protesters, declaring on Twitter that “Domestic Terrorists have taken over Seattle.”

“Take back your city NOW,” Mr. Trump wrote in a tweet directed at Mayor Jenny Durkan and Gov. Jay Inslee that he repeated on Thursday. “If you don’t do it, I will. This is not a game.”

Ms. Durkan responded with a tweet of her own: “Make us all safe. Go back to your bunker.”

Carmen Best, the police chief, said in a video message on Thursday that the decision to leave the police station was not hers and that she was angry about how it developed. She also shared, without evidence, concerns about problems in the area, such as businesses being asked to pay money in exchange for protection.

This as of the 12th of June has been going on for about four days, and we’re not quite sure what will come of it as time continues to pass. That being said, this overall, according to The Washington Post has been largely peaceful. To learn more about all of this take a look at the video below, it is truly mind-blowing that much is clear.