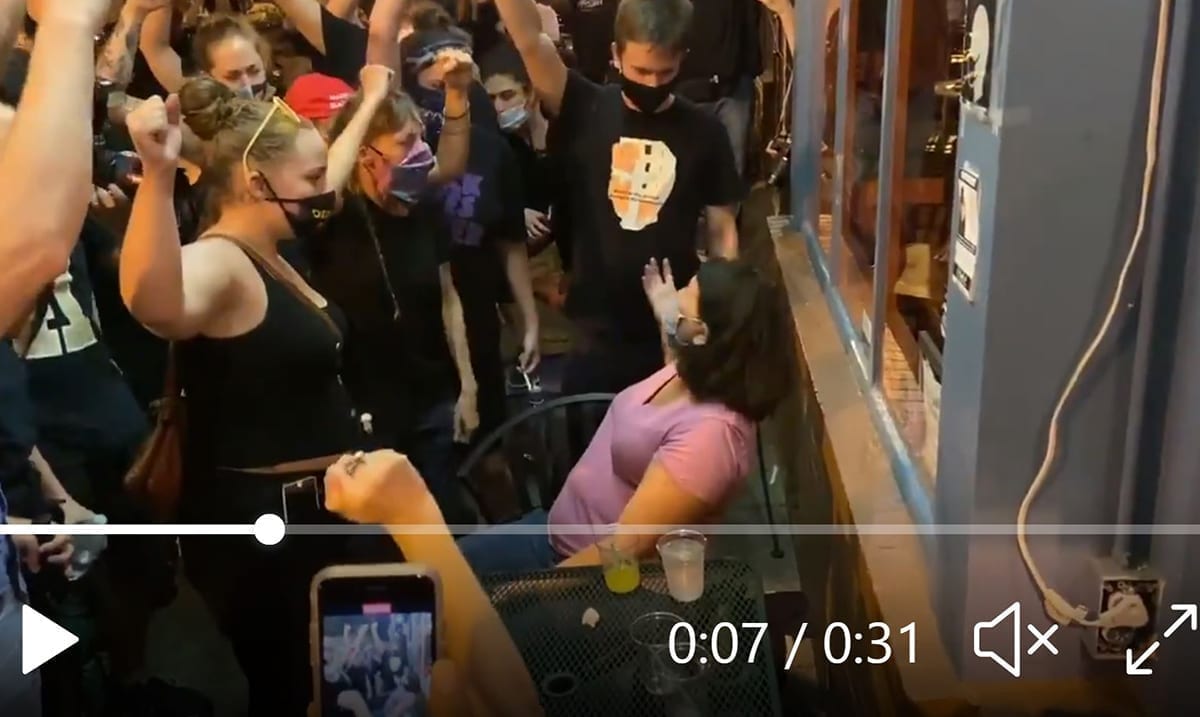 While in recent times the BLM movement has gained a lot of momentum and support is reining in from all over, some things going on are controversial for a lot of reasons. Sure, some protesters are doing just fine and working to get their message out there, others are taking things too far and being aggressive or destructive which isn’t helping the cause much at all.

According to The New Zealand Herald, one recent protest in Washington DC has been turning head lately as a video was recorded of protesters heckling people dining outside of restaurants. Basically, those partaking in the protest were pushing in what many are deeming an aggressive manner for those who were simply in the area. They were seen yelling at those who refused to show some kind of solidarity in the cause itself.

Ever since it was brought to light, this footage has garnered a lot of backlash. While some believe that things of this sort are warranted, others believe that it is taking things too far. This video was taken by a reporter from The Washington Post and the person being targeted in the video posted has been identified as Lauren Victor who says she supports BLM but didn’t feel showing solidarity with those doing things in such a manner was necessary.

Now, to see this footage for yourself take a peek at the video below. Whether you support the movement or not do you feel this is okay or not? How would you feel in that moment if you were the lady in the chair facing all of this?

As you can see, most people were quite on board with things and raising their arms to show their solidarity to the cause, but some were not. In times like these lines are bound to become blurred and well, working to set those lines more properly so that everyone involved is alright should be important. What do you think about becoming aggressive over serious causes? Do you think it helps anything or does it make matters worse? To hear the thoughts of others on this video, take a look at the tweets below.

As a black person in America, I am not totally clear on how a bunch of white people screaming at another white person to make a performative gesture for their benefit makes my life materially better in any way. https://t.co/tZRpMBHCFp

This vid is embarrassing.

WTF is wrong with these people? This is the problem when self-righteousness blends with narcissism – no interest in actually achieving a goal for justice, but an endless desire to make it look like you are better than others by screaming at others how much you want to achieve it. https://t.co/WPaz7CBIah