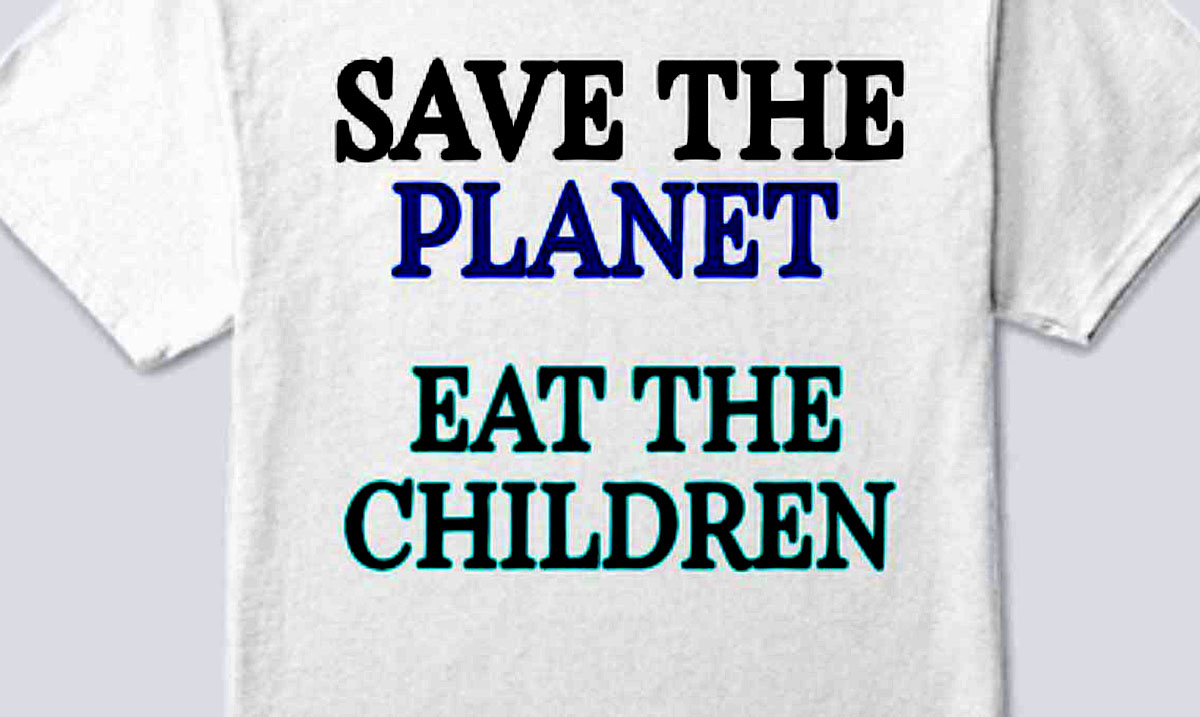 Just a few days ago something quite interesting happened. During a recent political meeting, an unnamed woman decided to showcase an idea that involved eating children to save the planet.

While it might sound like some kind of elaborate joke, this all did actually happen. The NY Times reported that during the meeting hosted in Queens by Rep. Alexandria Ocasio-Cortez a young woman stood up speaking on the topic of the climate crisis. Rather than contributing a proper idea she made sure to show her T-shirt that read “Save the Planet, Eat the Children.” Her point being that there is too much co2 and, as a result, we shouldn’t be breathing. It has come to light that this woman, in particular, was putting on an act and was a member of the fringe activist group the Lyndon LaRouche Political Action Committee.

The Group admitted to this on Twitter on October 3rd as you will see below. President Trump retweeted a video of the incident itself and as a result, called Ocasio-Cortez a ‘wack job.’ While a bit of a showstopper, it did get people talking which we would assume is the intent behind the whole ordeal. While her presence did make attendees quite uncomfortable she was allowed a moment to speak.

It was us. Malthusianism isn’t new, Jonathan Swift knew that. Sometimes, only satire works. https://t.co/vR8oXdx39i

Fox News reported as follows in regards to the event:

“We’re not going to be here for much longer, because of the climate crisis,” the woman pleaded. “We only have a few months left. I love that you support the Green Deal, but it’s not gonna get rid of fossil fuel. It’s not going to solve the problem fast enough. A Swedish professor said we can eat dead people, but it’s not fast enough! So, I think your next campaign slogan needs to be this: We’ve got to start eating babies.”

Many of Ocasio-Cortez’s constituents appeared confused by the woman’s declarations.

Removing her jacket to reveal a T-shirt with the phrase “Save the planet Eat the Children,” the woman continued, “We don’t have enough time. There’s too much Co2.”

“All of you!” she went on, turning to those around her, “You’re a pollutant! Too much Co2. We have to start now. Please — you are so great. I’m so happy that you are supporting a Green New Deal, but it’s not enough. Even if we were to bomb Russia, it’s not enough. There’s too many people, too much pollution. So, we have to get rid of the babies. That’s a big problem. Just stopping having babies just isn’t enough. We need to eat the babies. This is very serious. Please give a response.”

Lyndon LaRouche PAC took this as a chance to note that while the woman was stopped, no one specifically responded in that moment saying that eating babies was off the table. What do you think about all of this? Perhaps we should be working to combat climate change together rather than trying to pick sides and fight with one another. If we continue as is, nothing will ever get changed.