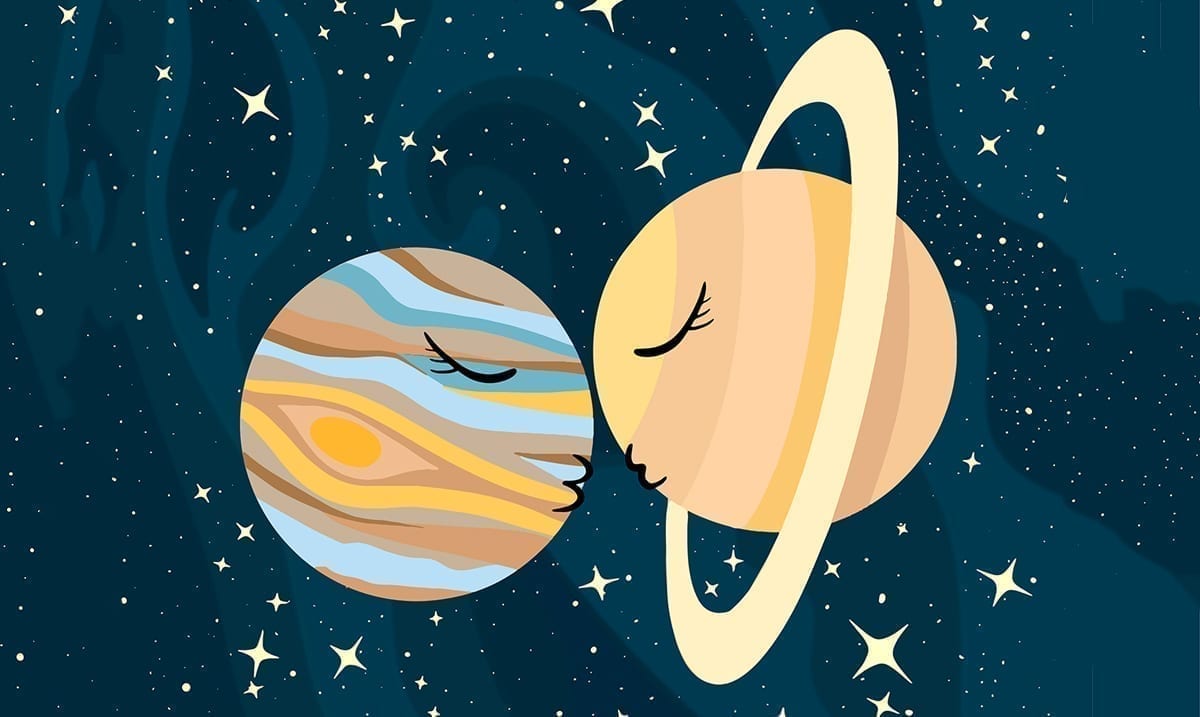 Prepare Yourselves For The ‘Great Conjunction’ Of Jupiter And Saturn

By Gerald Sinclair November 8, 2020 No Comments

As we move forward through the last few months of 2020, we are getting closer and closer to the date of the great conjunction. This meaning that Jupiter and Saturn will be conjunct very soon.

This conjunction will occur on the 21st of December and it will mean the two planets or celestial bodies will be only a mere 0.1 degrees apart. This meaning they will be extremely close together. This according to Earth Sky will be the first time that Jupiter and Saturn have been facing conjunction since the year 2000 which is quite mind-blowing.

These planets will also be quite visible making the whole ordeal even better as they are even now currently quite visible. That being said, if you have a telescope, getting it out to see these two worlds close to one another in December might be worth doing. I for one will be keeping mine out through this month and well into early 2021. There are so many amazing things coming up in the celestial world.

Space.com wrote as follows on this amazing event:

Whenever Jupiter and Saturn are in conjunction — that is, when they have the same right ascension or celestial longitude — it is referred to as a “Great Conjunction,” primarily because unlike conjunctions with the other bright planets, these two don’t get together very often. The average frequency of occurrence is merely the product of their sidereal periods divided by the absolute value of their difference.

A sidereal period is defined as the time required for a celestial body within the solar system to complete one revolution with respect to the fixed stars. Saturn’s period of 29.65 years multiplied by Jupiter’s period of 11.86 years amounts to 351.65. Dividing this value by the difference in their sidereal periods gives us 19.76 years.

So, about every 20 years, Jupiter and Saturn will have a rendezvous. The next one is coming very soon; scheduled for Dec. 21.

Most of the time, when Jupiter overtakes Saturn, they usually are separated by more than a degree. But come Dec. 21, they will be separated by just about one-tenth of a degree or 6.1 arc minutes. To gauge how close that is, on the next clear night, check out Mizar, the middle star in the handle of the Big Dipper. A fainter star, Alcor, is positioned only 11.8 arc minutes away and the ability to perceive the separation of these two stars, was once considered a test of good vision.

And yet Jupiter and Saturn will approach to within about half that distance!

As noted above this kind of thing with these two specific planets does not happen often. With it comes very freeing and intense energies and honestly, it’s an amazing celestial event in itself. The things happening in space never cease to blow me away and I am sure you too feel the same way about that.

Will you be taking the time in December to view this cosmic ordeal or not? Is it something you think is worth watching? Personally, I will not be missing it.