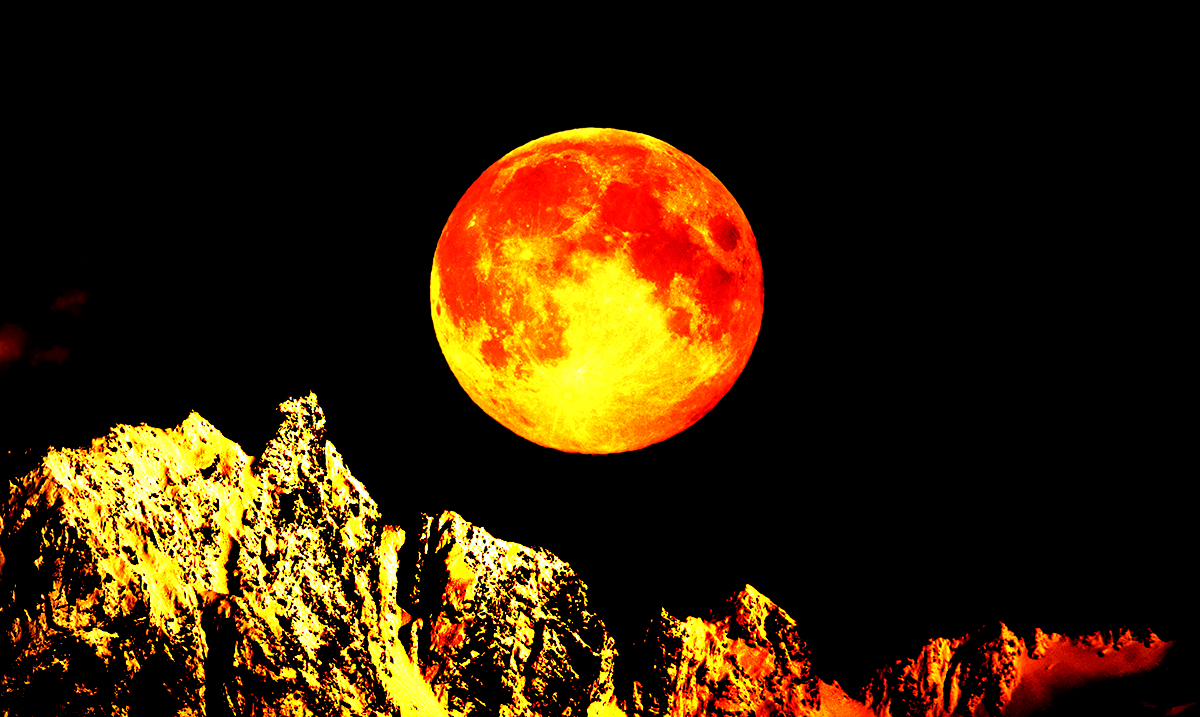 Prepare Yourself For The Coming Enormous Full Harvest Moon

By Gerald SinclairOctober 6, 2019No Comments

With October finally, here the spooky season has begun. This October might not have many celestial events but it is going to have one heck of a full moon.

The full moon of October is set to occur on the 13th and will be the full Hunter’s moon. For those who do not know the full Hunter’s moon is a full moon that we get during the fall season. This moon is much bigger and brighter than most. According to the Farmer’s Almanac, it appears quite orange in color which feeds into the soul of October when you really think about it.

According to Time and Date’s website, the Hunter’s moon is mentioned in quite a few different sources as the Anglo-Saxon name for the Full moon of October and traditionally the time-period in which it occurred as a time when many hunters prepared for winter through slaughtering and preserving meats. While it appears to look similar to a blood moon, it is in no way a blood moon. Full moon’s get their names from many different places and most stem from Native American, Anglo-Saxon, or Germanic origins.

If you want to catch a glimpse of this marvelous moon all you have to do is go outside and look depending on where you are in the world. The moon will be visible for quite some time and as long as the weather is decent everyone should get a good view. The darker and clearer the sky, the better sight you will be capable of seeing.

The Farmer’s Almanac wrote as follows in regards to this moon and its presence:

However, the Moon won’t be visible in the sky until right around sunset that evening and will set around sunrise the next day. It’s the only night in the month when the Moon is in the sky all night long.

While this article is not focused around the energetic side of this full moon, it is important to note that there will be a powerful charge coming with it. This full moon will be in Aries which means it will push us all to be much more driven. If you’ve been closing yourself off or refusing to get things done it will finally give you the power to buckle down and stop procrastinating. Even those who feel they have never and will never amount to anything will be reaping some pretty intense benefits as this moon comes forth.

This full moon will be a sight to see and is worth checking out even if you’re busy. To learn more about it please feel free to check out the video below. Our night sky is usually quite fascinating and holds more mystery than most stop to realize. Get your crystals out and ready to be recharged, this full moon is going to be something very special.