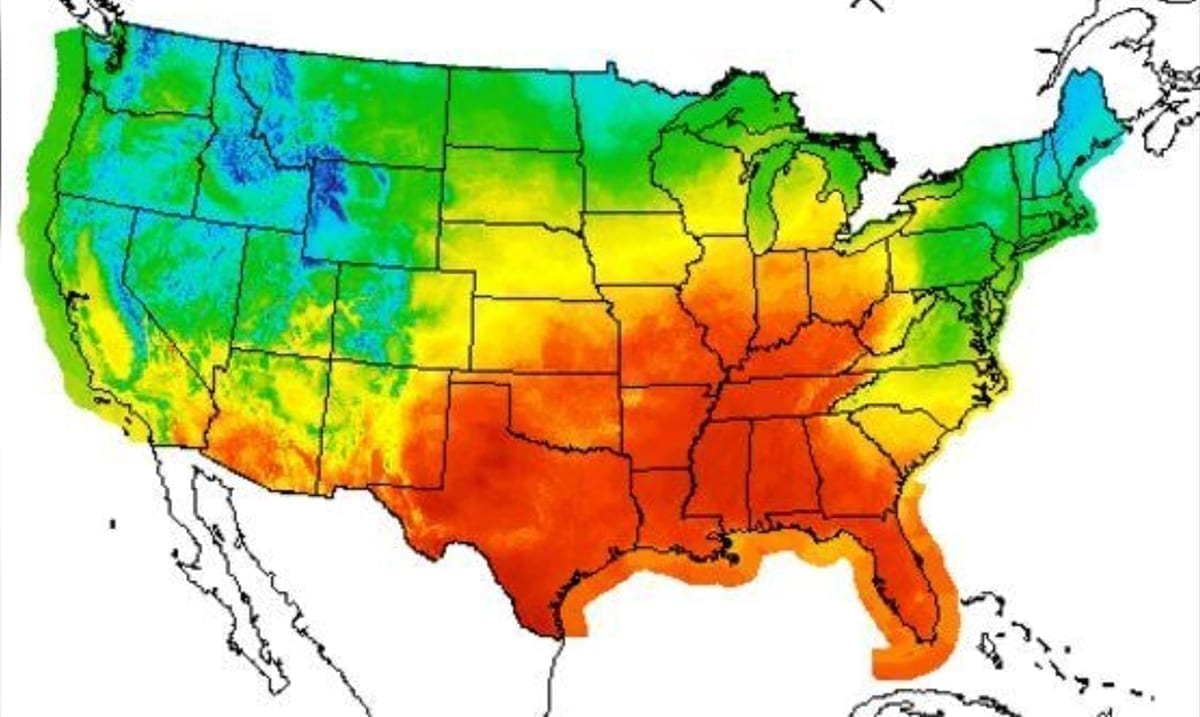 ‘Potentially Deadly’ Weather Pattern Setting Up Across Central US

While things haven’t been too hot for the most part here in the US within reason things are about to really heat up. According to CNN, we’re about to be facing some extreme temperatures.

CNN claims that because of temperatures and humidity coming from the Gulf of Mexico and moving our way we’re about to see a very hot central and southern US. Sure, some states are used to seeing extreme heats during these summer months but not all of them are and as we move towards the 4th of July, this could put a bummer on our plans. Temperatures in places like Texas, some of Alabama, Louisiana, Mississipi, and others will be reaching temperatures that feel like they’re over 100 degrees.

It should perhaps also be noted that these temperatures unlike most don’t cool down much at night. During the day it will feel like 100 but at night it will still likely be in the 80s giving us little to no relief from the heat. Unless you have good air conditioning, this could be truly miserable and as noted above dangerous.

CNN wrote as follows on the advisories for this:

Heat advisories are in effect for over 22 million Americans from Missouri to Texas, including in Oklahoma, Arkansas, and Louisiana.

“Highs will push well into the 90s and above 100s in some areas,” CNN meteorologist Dave Hennen said.

Air surging in from the Gulf of Mexico will make, Dallas reach a heat index — what it will feel like once humidity is factored in — of 110 degrees both on Wednesday and Thursday afternoon.

With these feel-like temperatures, the National Weather Service advises that heatstroke is likely within a few minutes of physical activity outdoors — or merely from prolonged exposure in the elements.

Fortunately, the human body has evolved to combat excessive heat beautifully. Sweating serves a key role in cooling your body temperature down to a safe level.

In fact, as you sweat, the process of evaporation cooling off of your skin can account for up to 22% of heat being released from your body, according to the National Center for Biotechnology Information.

However, this process is significantly hampered when humidity is so high that sweat fails to effectively evaporate.

That will be the case in cities such as Dallas, New Orleans, Oklahoma City and Tulsa in Oklahoma, Little Rock, Arkansas, and Wichita, Kansas, over the next several days.

While these rough heats are present remember to keep your own well-being in mind. If you’ve been outside for a while and aren’t feeling as well, go cool off and get something to drink. Sure, it might not sound like much to some but this kind of thing can be deadly and we don’t want anyone dying over the heat.

To learn more about all of this take a look at the video below. While you can still function and do things in this heat, you should be aware of the risks of heatstroke and educate yourself on the signs as well. The more careful you are the safer you will be overall.