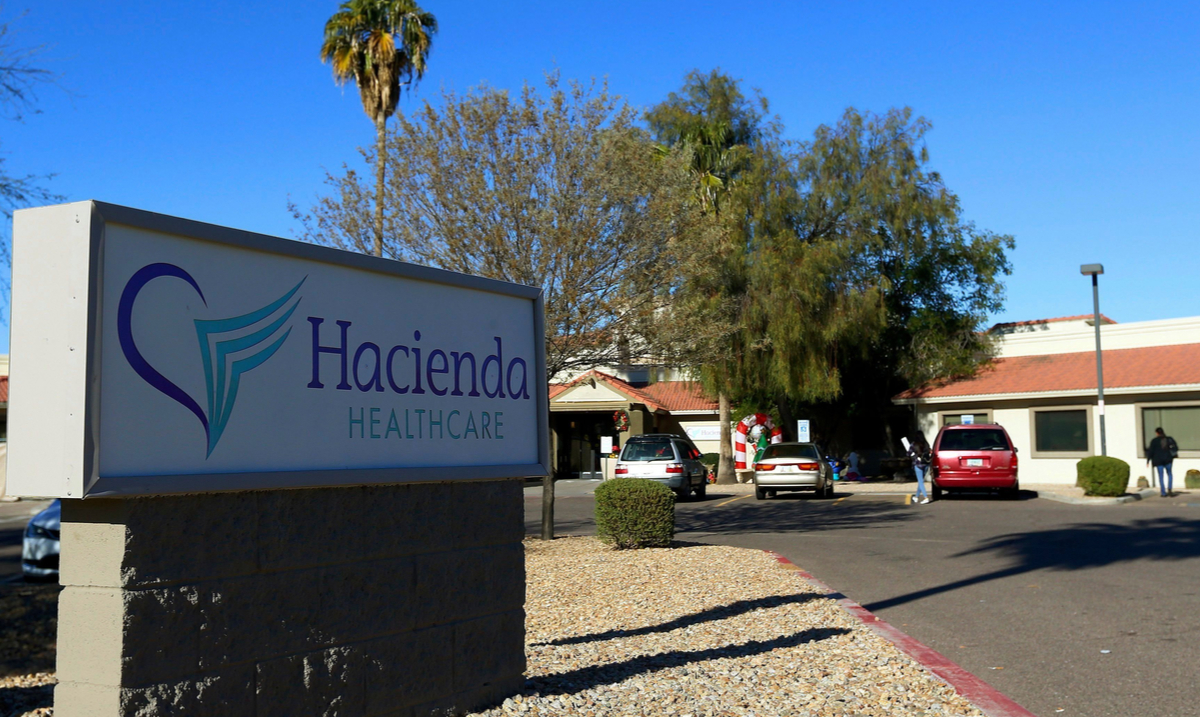 Back in December, something quite horrifying happened to one woman who has been in a vegetative state for about 14 years. While unable to consent to intercourse or anything of the sort, she went into labor and gave birth to a little boy.

This woman gave birth on December 29th, and is as you would assume still in her vegetative state. She is a patient at Hacienda Healthcare in Arizona and clearly was raped at least on one or more occasion during her stay there. Considering she has been in this same location for more than a decade, investigators are now attempting to determine when the abuse began.

Somehow those who took care of her didn’t even catch onto the fact that she was pregnant until she was literally in labor, a source familiar with the situation told AZ Family as follows on the situation:

“None of the staff were aware that she was pregnant until she was pretty much-giving birth,”

“From what I’ve been told she was moaning. And they didn’t know what was wrong with her,”

“There was a nurse that was there, and from what I’ve heard she’s the one that delivered the baby.”

This has caused the facility to change policy on how they allow men around their patients and if any male staff member needs to enter the room of a female patient he has to bring a female employee with him. This policy is one that they hope will help the situation as the investigation is underway. Hacienda Healthcare said in a statement that the Phoenix police investigators have served them a warrant for samples of all the DNA of the male staff members in the hopes of uncovering who the father of this child is.

The unnamed woman who was raped in this situation was left in a persistent vegetative state for 14 years and counting after almost drowning. One of the woman’s former caretakers has come out and began speaking on this topic as well and went on to be interviewed by ABC15. Because this woman was non-communicative in every way she could not walk, talk, use sign language, or anything. This caregiver was angry and upset with the medical staff who cared for her as they somehow missed any and all possible signs of pregnancy or at least claim to have done so.

She told ABC15 as follows:

“I can’t believe it at all. I can’t believe someone would bathe her daily for nine months, never know she wasn’t having her period, she wasn’t growing in her mid-section. That nurses weren’t keeping track of her weight, those things are just shocking to me,”

“I find it almost impossible that a medical facility couldn’t figure it out after that much time, that she was going into labor.”

“Too many entrances, too many opportunities. I myself have come in a back way many times with no one noticing me,”

At the moment, no one has been arrested regarding this situation but the CEO of the company has resigned. Recently we have also been made aware that this poor woman who has suffered so drastically is a member of the San Carlos Apache Tribe and the Tribe released a statement in regards that you can check out in the tweet below. They noted that when you have a loved one in palliative care and in their most vulnerable state you must trust others and sadly those who were trusted we not what they seemed.

#BREAKING San Carlos Apache Tribe leaders confirm the patient at Hacienda HealthCare who gave birth while in a vegetative state is a member of the tribe. They are responding to the horrific abuse #12News pic.twitter.com/jQcvJM2hSB

While the woman’s family’s representation has come out and said that the little boy who resulted in all of this will be safe and cared for as he has been born into a loving family, this kind of thing should never happen. As we learn more on this case I am sure updates will be made. As more is uncovered each day, we can only hope the person responsible for this ends up behind bars soon. Who knows how many other patients could have experienced the same thing but were unable to reveal it to those who care for them.