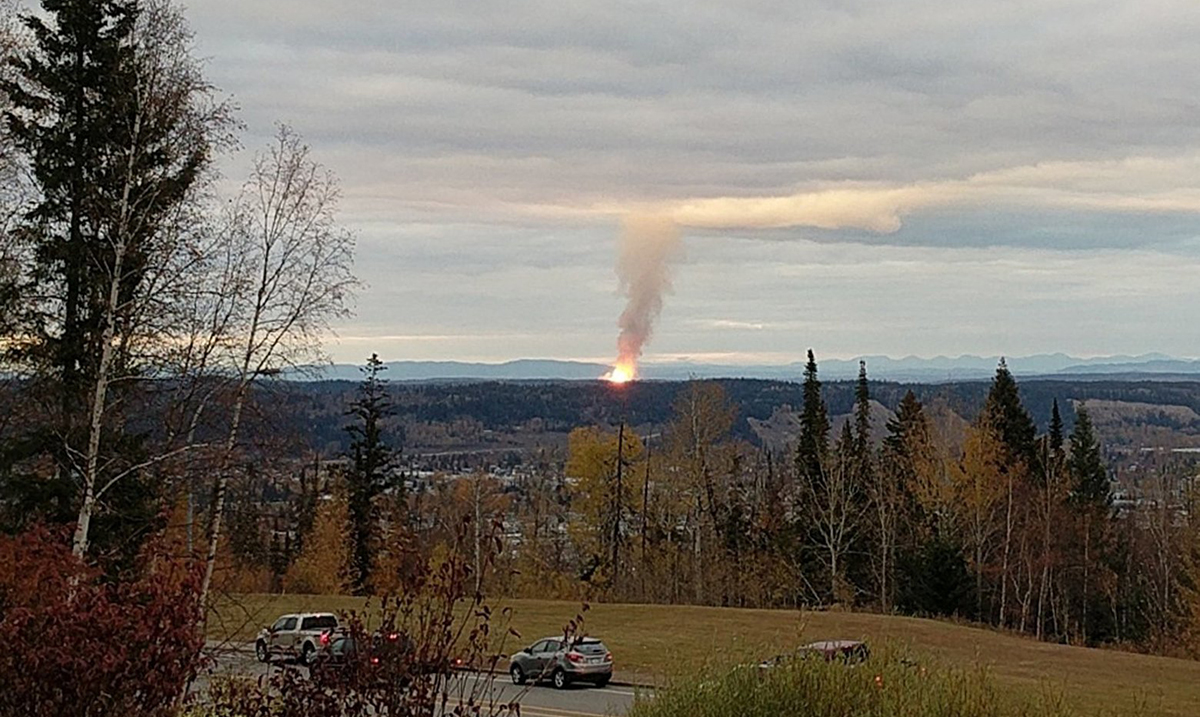 There has recently been a pipeline explosion in British Columbia and for those who don’t know it caused serious problems for the locals. This whole ordeal is quite shocking.

This explosion cut the flow of Canadian Natural gas into Washington and brings forth risks of power outages. While the explosion is currently said to have caused no injuries locals were evacuated. While the order has been lifted now, residents are still afraid to go home.

Global News reported that the pipeline runs under the First Nation’s evacuation route which made those who had to evacuate feel quite uneasy as they were leaving. This explosion sent flames shooting towards the sky and social media was quite active and is still even now quite active in blowing up with photos of the event itself. As you will see below, some locals were even able to capture bits of the situation on film.

This explosion happened on the Westcoast Transmission Pipeline that was built in the 1950s. It is used to carry gas to areas of Canada, BC, and some places in the US. Gov. Jay Inslee has spoken with British Columbia’s Premier John Holgan about this situation and says they are working to monitor it closely. Many have been asked to try and conserve energy throughout the rest of the week.

When it comes to pipelines things like this are bound to happen but we do not know much about this situation in general. As time goes on more will be known I am sure. For more on this please check out the video below. What do you think about this? At the very least we can be glad no one was hurt this go around.