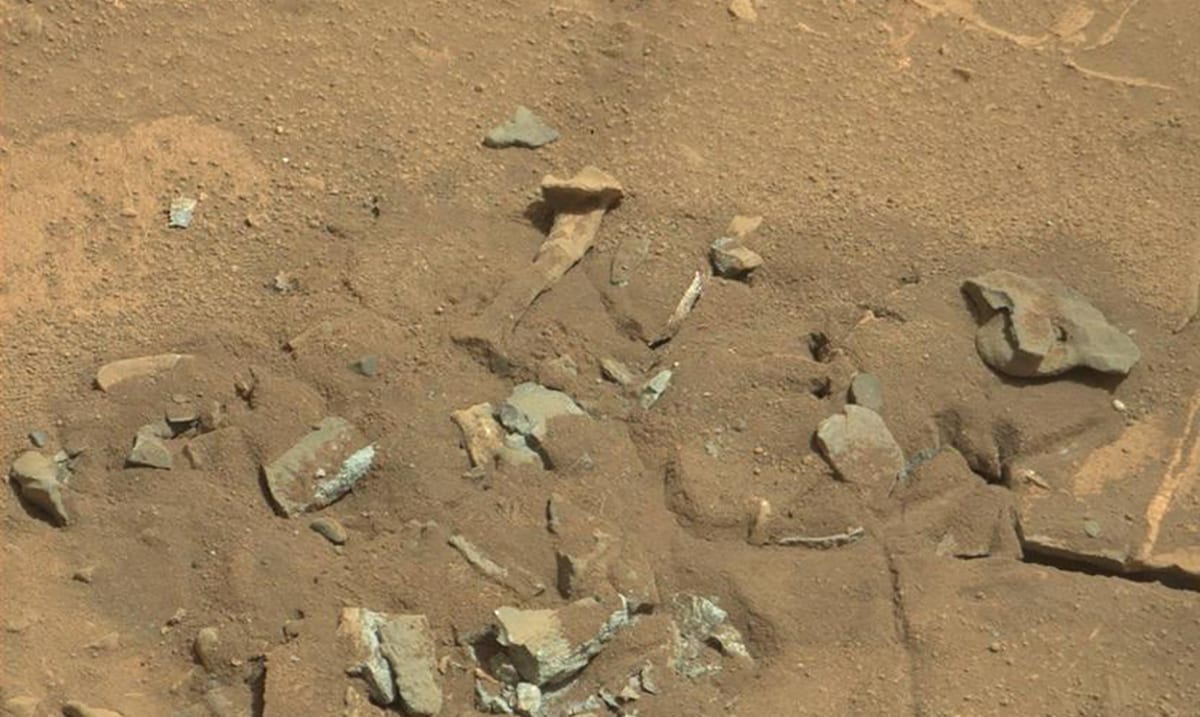 In recent times it seems an image of a human bone sitting somewhere on Mars has been making its rounds yet again. While we’re not sure why this is happening, there is a story behind this ‘bone’ and the image it was present in.

Now, to kick things off, NO it’s not a human bone. This bone-shaped thing is actually a rock, nothing more and nothing less. While in the photograph it does really look like a bone, that’s just not what it is. Actually, NASA even wrote a small piece on this topic breaking down a bit about how this femur thigh bone looking thing on Mars was a rock and why it was/is the shape that we see in that photograph.

NASA wrote as follows back in 2014 which was shortly after the image itself was taken:

No bones about it! Seen by Mars rover Curiosity using its MastCam, this Mars rock may look like a femur thigh bone. Mission science team members think its shape is likely sculpted by erosion, either wind or water.

If life ever existed on Mars, scientists expect that it would be small simple life forms called microbes. Mars likely never had enough oxygen in its atmosphere and elsewhere to support more complex organisms. Thus, large fossils are not likely.

See? There you have it, not a bone at all. While this photograph is a bit bizarre, it’s nothing too crazy and is explainable. While some theorists in the tin foil world will try to say that calling it just a rock is some kind of cover up, the fact that it is a rock makes a lot of sense. As noted by NASA Mars itself has likely never had enough oxygen in its atmosphere to support organisms that would have bones of such a size. 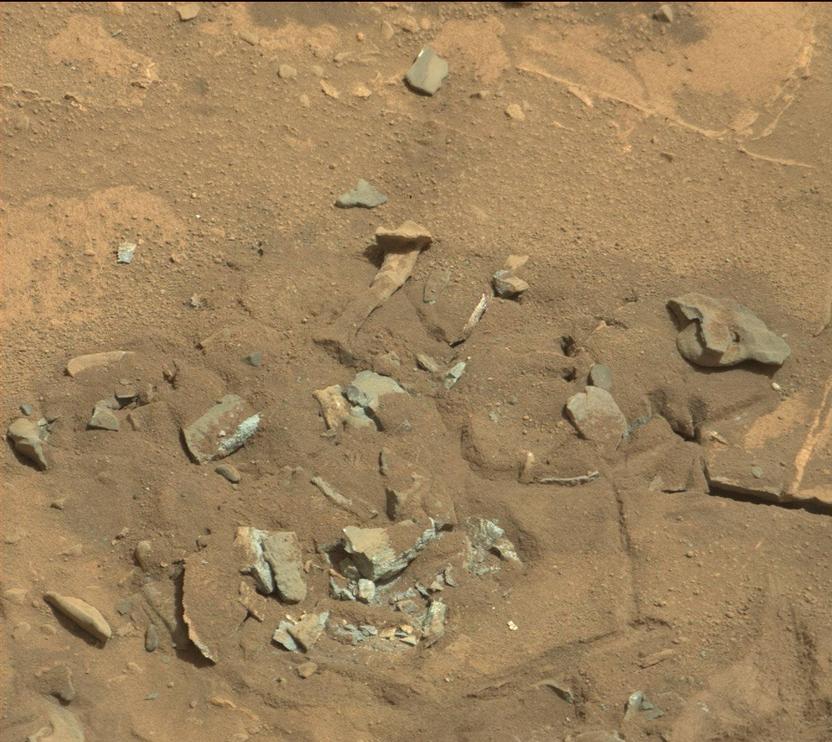 Throughout time, we’ve all found things that seemed very humanlike and well not all of those turned out as we may have expected. When it comes to this situation it seems people even now are quick to jump into thinking that there is more to something when there just isn’t. While we here on Earth are trying to get to Mars, the idea that humans once lived there is something truly fascinating but it’s not very well possible.

Whenever we Earthlings end up on Mars, we will be the first humans there, that much most should be willing to accept. What did you think when you first saw this image and did you know it was so old? While it might not sound like much to some, it does really show how truly fascinating space can be.