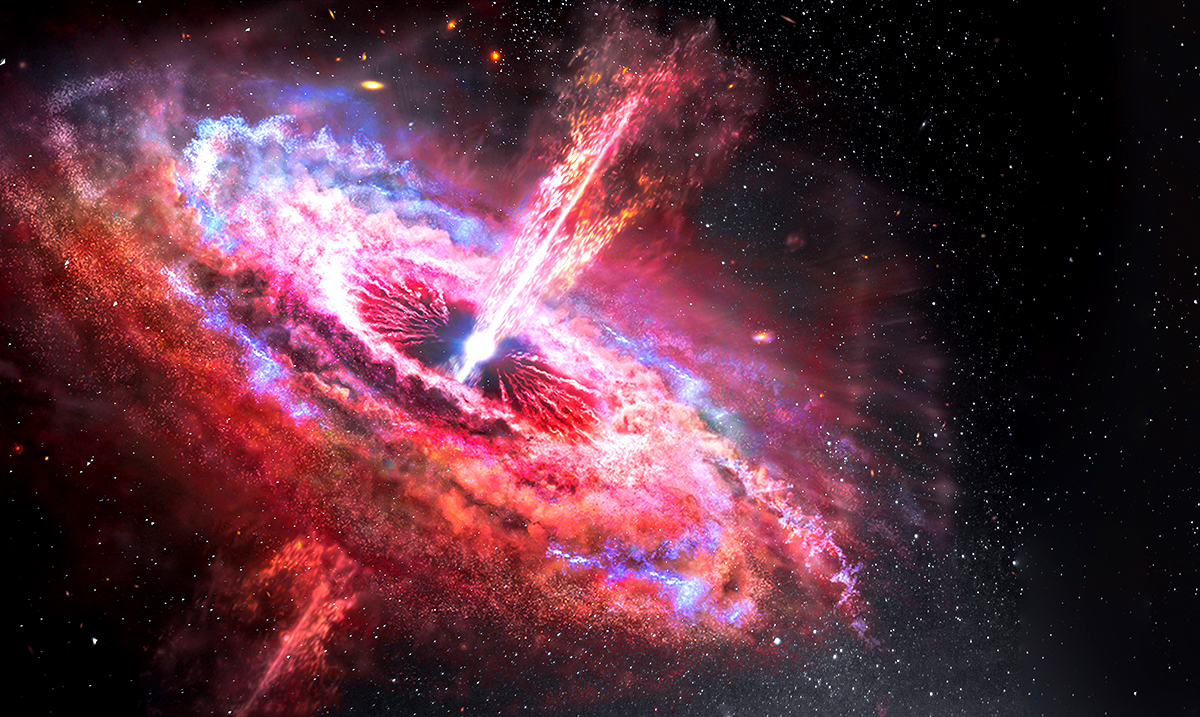 Due to the speed of light, we can see things within space that no longer exist. So, when we look deeply into the universe, we often see things that were only once there, especially in situations where we are looking at a galaxy that is thousands of lightyears away.

In recent research, scientists explain how they can use this information to their advantage to find black holes that no longer exist. The research has been published as a paper in the journal arXiv and was carried out by researchers from Oxford University. Researchers include Roger Penrose, who collaborated with Stephen Hawkings.

According to Penrose and his colleagues, in the history of space and time (which they refer to as conformal cyclic cosmology or CCC) universes bubble up, expand and then die in sequence. In turn, black holes from the universes leave traces in the universes that follow.

“If the universe goes on and on and the black holes gobble up everything, at a certain point, we’re only going to have black holes,” Penrose explained to Live Science.

Hawking’s theory asserts that black holes slowly lose their mass and energy as time passes, through radiation and massless particles referred to as gravitons and photons. If that theory is true, the paper says, “then what’s going to happen is that these black holes will gradually, gradually shrink.”

Researchers have named the areas in which these leftover particles and radiation have accumulated in place of the now-extinct black holes, ‘Hawking points.’

Due to their theory, debate among researchers has been sparked, with many doubters saying that the points are just random cosmic background radiation and have attempted to spot similar points. However, random data couldn’t replicate the findings, leading the researchers to believe their theory still stands.

And Penrose continues to do more work on his theory. When LiveScience asked him whether or not black holes from our universe could leave traces in the next universe, he responded with a resounding “Yes, indeed!”

The researchers continue to stand by their theory, asserting that the particles do belong to the ghosts of black holes from previous versions of our universe.