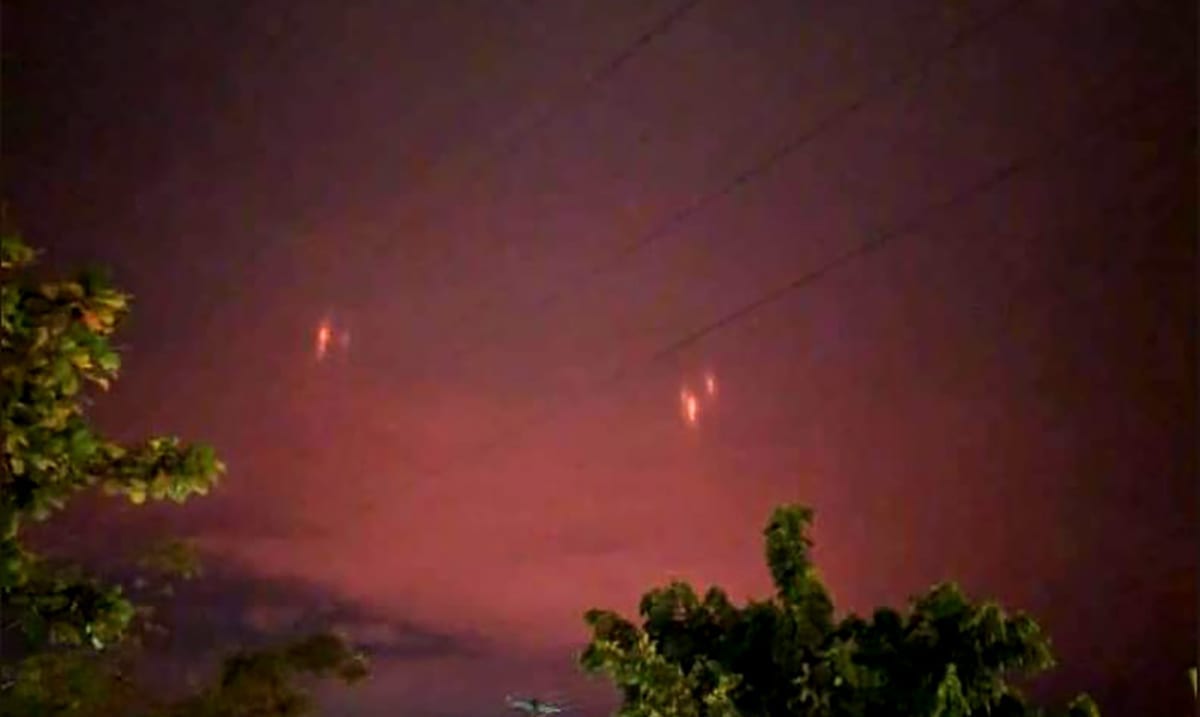 In recent times it seems some people in Mexico have noticed something interesting in the sky that not many people are bothering to report on. These bright shining lights were clear in the sky and quite red in color but why they were there and where they came from is still unknown.

These bright lights were over Villahermosa, Mexico and if you look up the hashtag for Villahermosa on Twitter, you’ll see a lot of different photos and videos of these lights. This town is quite small and well, it really does seem like most people were quick to notice these interesting lights. They are almost like beams of light streaming slightly downward and there seem to be three or four of them quite near one another.

Lots of people are speculating different things about what these lights could be but at the moment, we don’t really know. Sure, we’re told they are one thing but that isn’t enough to keep the minds of most from thinking differently. Do things add up as they’re supposed to?

While this in itself could be nothing, it really has a lot of people questioning. No, it’s not a huge event that everyone everywhere knows about but it’s still quite interesting. Some have speculated that these lights may be sprites but because of how long they lasted, most are not so easily convinced. Apparently, sprites do not last long and these lights were present for hours.

Explica wrote as follows on these strange lights:

“Although speculation about its origin was immediately related to UFO sightings and other theories that lack scientific support, the explanation of meteorologists and specialists is that it is a luminous event that receives the name of sprites.

The sprites or red spectra are a light effect It appears when the high electrical activity of a storm is very intense and some rays with positive polarity produce a change in the electric field, which ascends into the atmosphere and whose discharge is manifested with a bright red glow.”

Now, after looking sprites up and really seeing how they appear, it does seem as though these lights do quite look like they could be sprites but that’s also something those who saw these lights are not all able to agree on. Another question was raised as these kinds of things form under storm clouds and apparently it was not storming on the day that these sightings occurred. I guess when it comes to these lights we may never know what they truly are.

Do you think they are sprites or do you think they could be something else entirely? While they’ve not gained much attention they are still worth noting. I for one wish I had seen them in person. This in itself really shows how much closer we should pay attention to our skies. You never know what you may see.