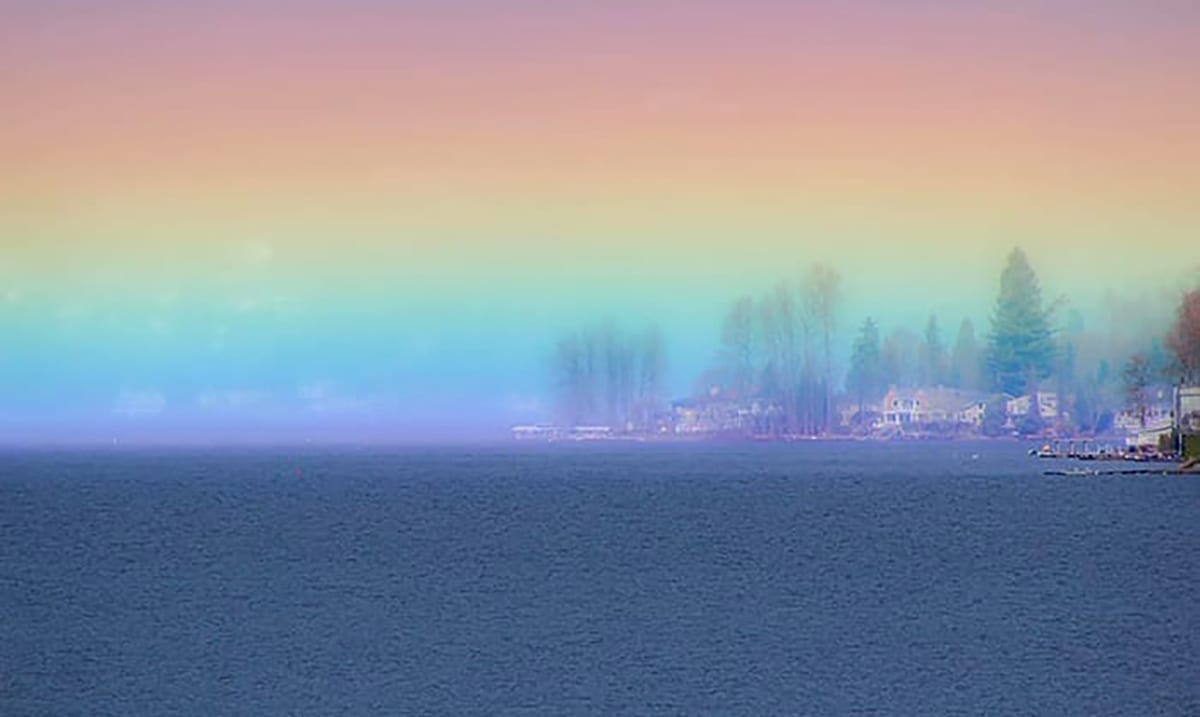 Photographer Cessna Kutz just a few weeks ago managed to see something truly mind-blowing and even capture it on camera. On Lake Sammamish, she noticed a horizontal rainbow this she noted was a ‘little reminder to hold onto hope and love instead of fear and panic in these unknown times.’

As you can see in the Instagram post Kutz made below, this was quite the sight. This for those who do not know is something called a fire rainbow and while it has nothing to do with fire and isn’t actually a rainbow either it is truly beautiful. This kind of thing is not necessarily rare but does not happen often and frequency depends on the location itself.

UCSB Geography wrote as follows about what this phenomenon actually entails:

No, they aren’t really rainbows, and they have nothing to do with fires. But they sure are beautiful, and photos of them have been making the rounds on the internet recently. “Fire rainbows” are technically known as circumhorizontal arcs which occur when the sun is higher than 58° above the horizon and its light passes through high-altitude cirrus clouds made up of hexagonal plate ice crystals. When optimally aligned, the ice crystals act as a prism, and the resulting refraction is reminiscent of a rainbow.

“The complete halo is a huge and beautiful multi-colored band running parallel to the horizon with its center beneath the sun. The distance below the sun is twice as far as the common 22-degree halo. Red is the uppermost color. Often, when the halo forming cloud is small or patchy, only fragments of the arc are seen. There is a myth that the halo is rare. How often it is seen depends on location and in particular latitude. In the United States it is a relatively common halo seen several times each summer in any one place. In contrast, it is rare in mid-latitude and northern Europe.

Now, the one that Kutz found was truly amazing as it was enormous and spanned across what appears to be the whole sky. That is not usually the case with this kind of thing but is truly a treat to see. I believe the message Kutz got from this sight is one we should all take to heart.

Witnessed a pretty cool phenomenon out on lake sammamish today. A horizontal rainbow! 🌈 To me it was a little reminder to hold onto hope and love instead of fear and panic in these unknown times. Stay safe out there, friends💞 #rainbowsofhope #flattenthecurve . . The second photo is available for purchase on my website! Link in bio 🙂

Right now we are facing some rough times and there is a lot going on that most of us don’t want to face. This colorful display should serve as a reminder that we are all strong and we can get through this. Mother Nature is still present and we should be thankful for all we have.

Kutz managed to snap two magical photos of this captivating sky and they quickly went viral with how beautiful they were. While she was not expecting that just seeing them gives you enough reason to understand why they would go viral. In times like these, we should all work to appreciate the small moments like the one Kutz captured here. 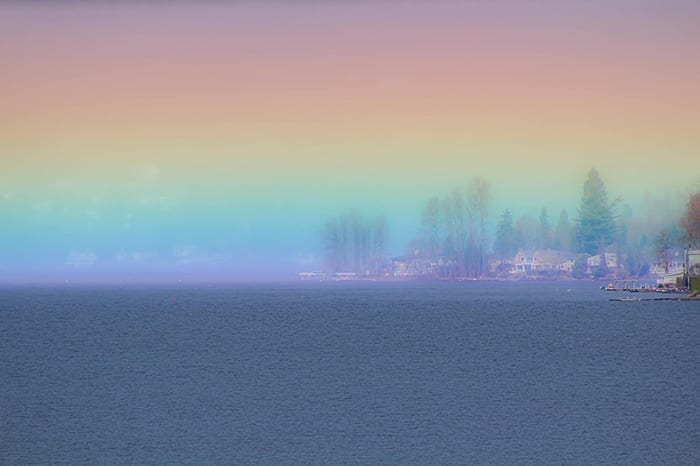