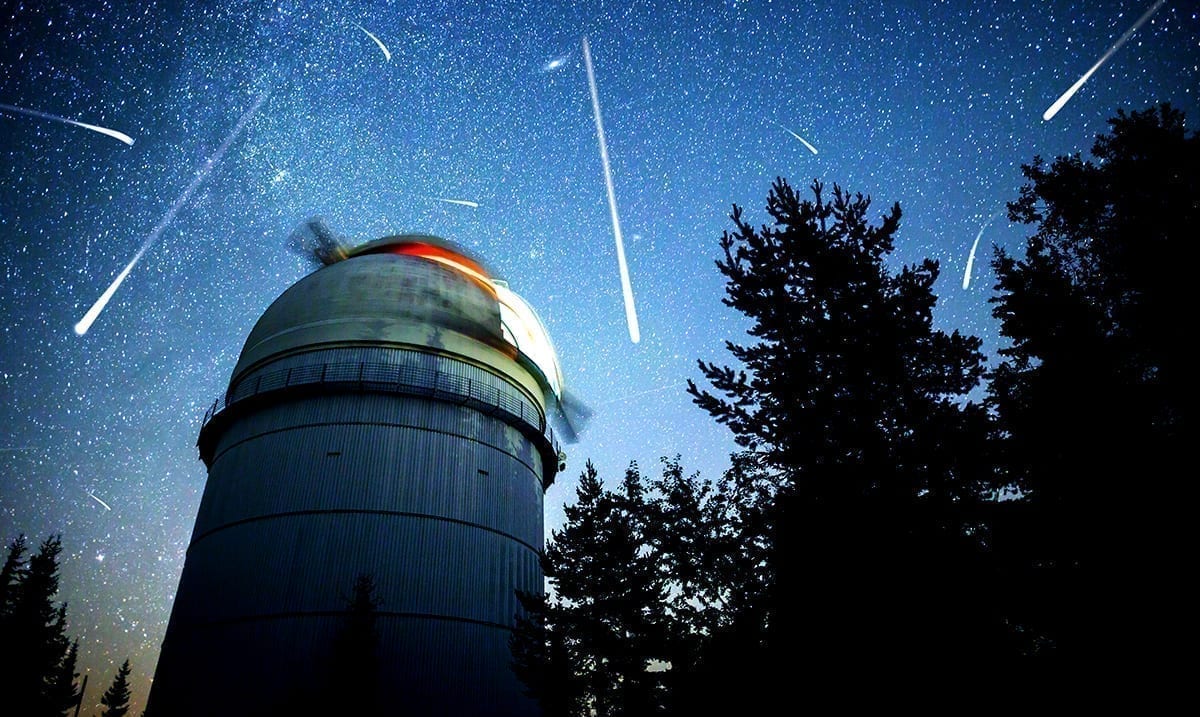 Perseid Meteor Shower Peak – When And Where To Look

This meteor shower is easily one of if not the best we will have this year and if you’ve not already been looking up then you’re seriously missing out. These fireballs are intense and no one should go without seeing them.

The Perseid meteor shower has been going on all month but its peak is on the 11th and 12th which as you may know is right now. With this shower at peak, there will be more shooting stars in the sky than you might assume and well that’s always fun to see. That being said, with the moon slightly past its last quarter phase seeing these shooting stars might not be as easy as we would like for it to be.

CNet wrote as follows on this shower:

You can also try to block out the moon by situating yourself next to a building, tree or something else that keeps some of that moonlight out of your retinas.

The moon will begin to totally disappear after mid-month, and although the Perseids will be past their prime, they will still be active and visible. This shower at half-peak with totally dark skies could be about the same as full peak with a bright moon, so don’t think you must go out on the peak night to catch it.

Once you’ve decided on the perfect time and a place with minimal light interference and a wide view of the sky, just lie back, let your eyes adjust and relax. Pillows, blankets, lounge chairs, and refreshments make for the ideal experience. It can take about 20 minutes for your eyes to adjust to the dark, so be sure to be patient. If you follow all my advice, you’re all but guaranteed to see a meteor.

It doesn’t really matter where in the sky you look, so long as you have a broad view. That said, the Perseids will appear to radiate out from the constellation of Perseus, the Hero. If you want to practice to be an advanced meteor spotter, locate Perseus and try focusing there while you watch. Then try just looking up without focusing anywhere. See if you notice a difference. We’re still dealing with the unpredictability of nature, so results will vary.

This shower for those who might not be aware is one that has been showing itself for about two thousand years according to NASA and well, that’s impressive. These shooting stars are possible because of debris left from the Comet Swift-Tuttle. CNN has noted that this comet only orbits the sun once every 133 years which is quite amazing to think about.

CNN wrote as follows on viewing this shower:

NASA scientists advised that although the shower can be seen any time after 9 p.m. in your area, the best time to spot a flurry of meteors will be during the darkest part of the night, in the early hours before dawn, between 2 a.m. and dawn.

The bright moon will rise around midnight, which changes the peak viewing window, according to NASA. But you can still expect to see a meteor streak across the sky about every two minutes.

Patience is key. It can take up to 45 minutes for your eyes to adjust to the dark for optimal viewing. The meteors can appear anywhere in the sky, but they look the brightest against the darkest sky, which is straight up.

Some meteors only have faint, quick streaks. Others are brighter and can appear to sail across our sky for several seconds, leaving a glowing smoke trail.

The best way to view the meteor shower is by sitting in a reclining lawn chair or lying on your back and looking up at the sky with a wide view. No special equipment is needed, but if you want the best view, it helps to be as far from artificial light as possible.

If you live in an urban area, you might want to take a drive to avoid city lights, which can make the meteor shower seem faint. Scientists from NASA also said that camping out in the country can triple the amount of visible meteors.

Now, if you happen to be seeing this a bit late, don’t be discouraged. Whether you’re looking to the sky during peak nights or not you should be able to still see some shooting stars in the night sky throughout the month of August. I for one will be taking the time to view, will you?