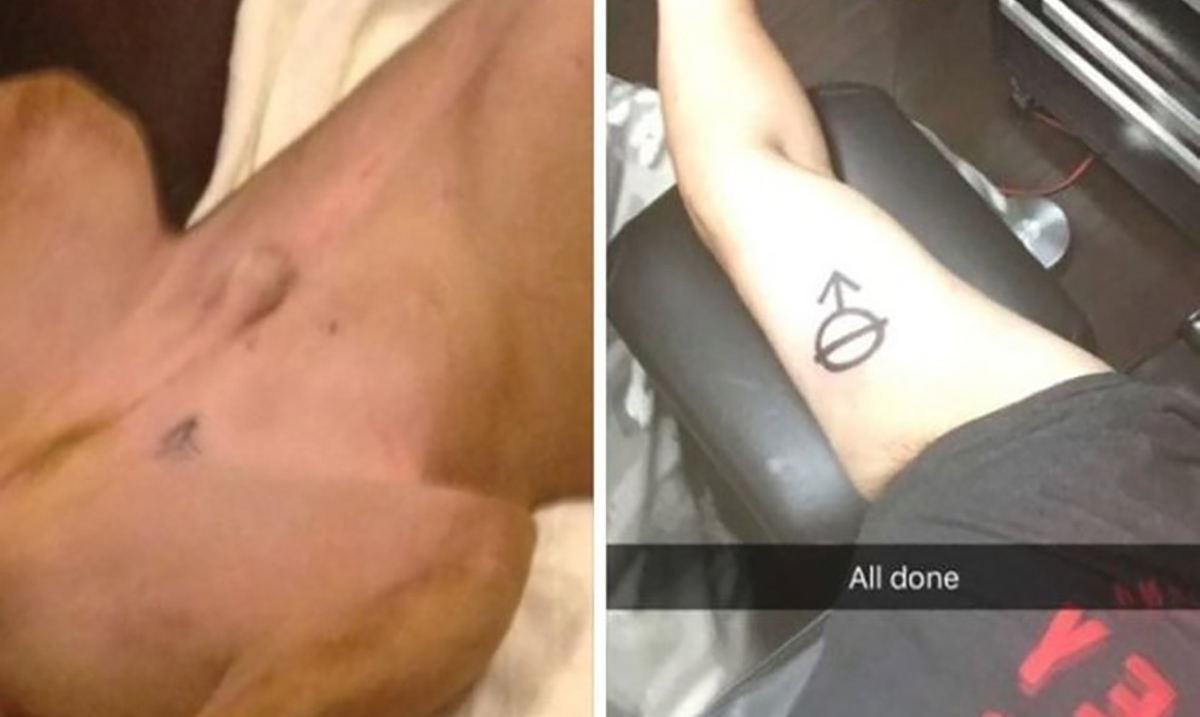 People Mock This Man For Getting The Same Tattoo As His Dog, But The Meaning Behind It Will Have You Rolling

While we all love rescuing our furry friends whether they’re bunnies, kittens, or in this case dogs sometimes we forget that not everything stems from abuse. Sure, you may have never seen a pup with a tattoo but that doesn’t automatically mean every dog with a tattoo got it from a bad situation.

As strange as it might sound, tattooing animals is a pretty common thing. For instance, we often see small straight-line tattoos on pets once they’ve been spayed or neutered to make future owners or caregivers aware that that particular dog is unable to reproduce. That being said, tattoos to represent whether an animal has been ‘fixed’ can vary dramatically, and so we could see how someone might not realize what their dog’s tattoo meant right off the bat. 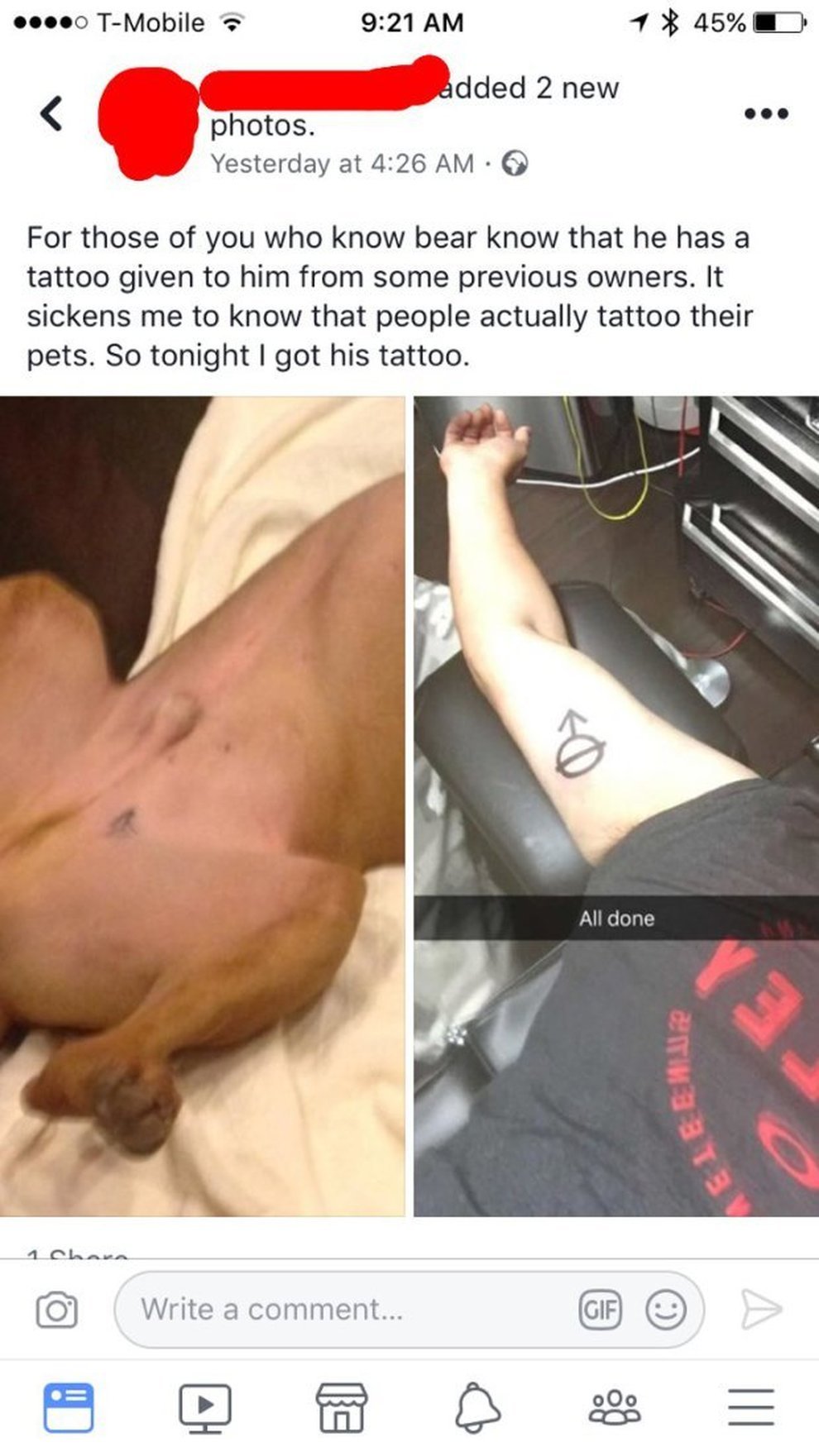 According to one site, dogs end up with tattoos sometimes because (somewhat in-depth explanation):

After dog’s are neutered, the vet tattoos the dog with either a blue or green colored line. The line will be located right near the scar from surgery to remove the dog’s testicles. Wondering why a dog needs to get marked after being neutered? It’s not always easy to know if a dog has been neutered. A scar is a telltale sign of a surgery but the scar will fade over time. Even before a dog has been neutered, their testicles aren’t always visible. Testicles are only visible on some dogs. And for females you can’t see from the exterior whether or not they have their ovaries and uterus. Knowing whether or not a dog has been spayed or neutered is important for the future health of your dog. Vets should always know the history of your dog before performing surgery or giving a medical diagnosis.

As a matter of fact, a few years ago a man who rescued a dog that happened to have a tattoo went so far as to get a matching version in support. This man’s name was Chris Mendiola and chances are you saw his story somewhere online as it went viral quickly. He adopted his dog bear back in 2010 and assumed the tattoo came from Bear’s abusive past owners which broke his heart. However, once he took to social media sharing his now matching version people made him aware that the tattoo itself merely meant that Bear was unable to make babies.

The Sun wrote as follows in regards to the whole situation:

As a show of support for his tattooed pet, Chris got an inking of his own to match Bear’s belly art.

Taking to Facebook, Chris shared photos of him and his best friend’s matching tats, writing:

“For those of you who know bear know that he has a tattoo given to him from some previous owners.

“It sickens me to know that people actually tattoo their pets. So tonight I got his tattoo.”

Chris was clearly delighted with the inking… but commenters piled in to ask whether he was barking up the wrong tree.

One wrote: “That means he’s neutered! My rescue female has one too!! Makes a cool story though!!”

What do you think about all of this? Would you have taken the time to look into your dog’s tattoo before diving under the needle? I for one think the sentiment is great but perhaps a little more thought was needed. Either way though, we can all agree Bear has a wonderful home with Chris and is without a doubt loved more than he has ever been before. While Chris has a story people would never imagine, he has used it to bring awareness to dogs in shelters who needed and need homes which will always be a marvelous thing.