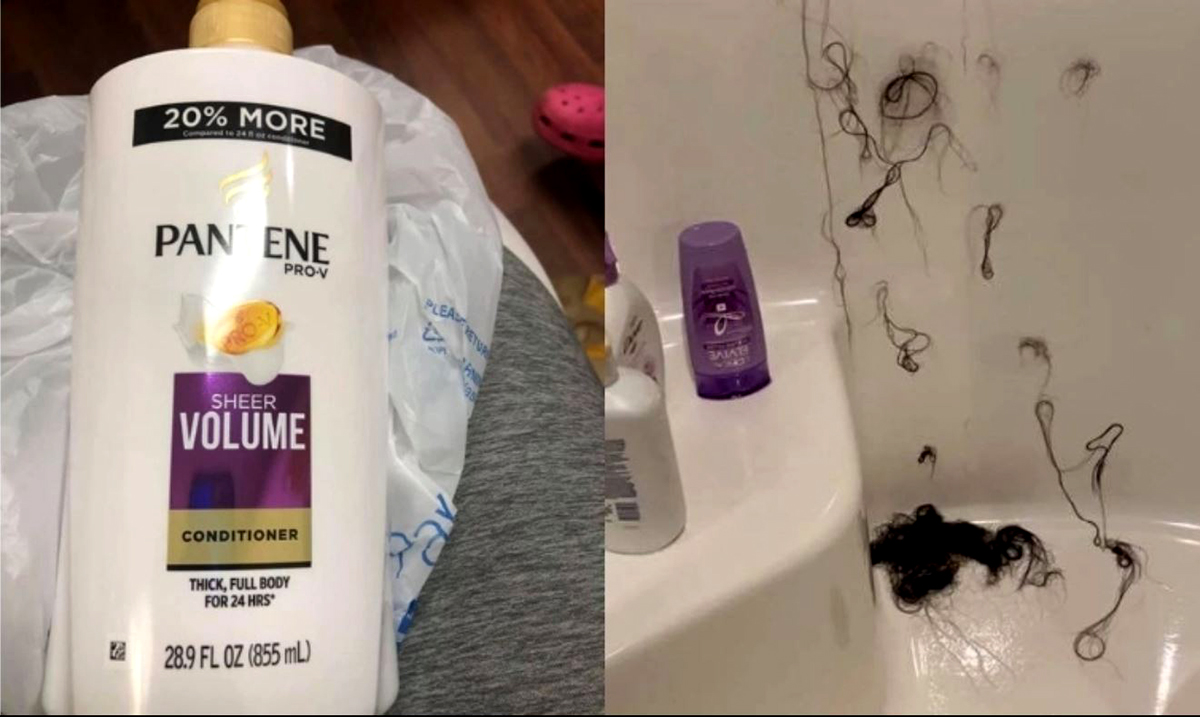 We often put quite a bit of trust in the retailers we choose and believe that the products we get from them are safe. However, as one Facebook user pointed out – things aren’t always as they appear to be.

Recently, a lot of people have been going to stores just to sabotage and mess with products. I have seen so many awful things lately like people licking store ice cream and spitting in teas.

With that being said, Taffy Jo Timm posted on her Facebook account on July 28th, and when I first saw the post, I almost scrolled right past it. I am glad I didn’t!

According to her, after her daughter visited the Richmond Walmart and purchased a brand new bottle of Pantene shampoo, she noticed that her hair began to fall out. She says, ‘As I speak she is losing hair and crying!!

Conditioner below this conditioner is supposed to be white is is an ugly pink color. Please note this is NOT FAKE!’ https://www.facebook.com/taffy.j.timm/posts/10219141697029289

She attached an image to the social media post, which showed the bottle of conditioner, along with an image from their shower- which was seemingly covered in the remnants of the young woman’s lost hair.

Someone had replaced the brand new product with Nair hair removal creme.

I remember the rumors about people putting Nair in the conditioner and shampoo bottles of their worst enemies, but this is something entirely worse! Continuing into the post, she claims that she reported the incident to local police, and they are working to watch camera footage from the Walmart, to see if they can get to the bottom of the incident.

Unfortunately, her daughter didn’t fare so lucky, as she ended up having to go into the salon to have a consultation done about putting extensions in to replace the lost hair. She stated, ‘Her hair is so brittle and still falling out. They can’t do anything. She is going to get her head shaved. This momma is full of emotions right now. UGH!”