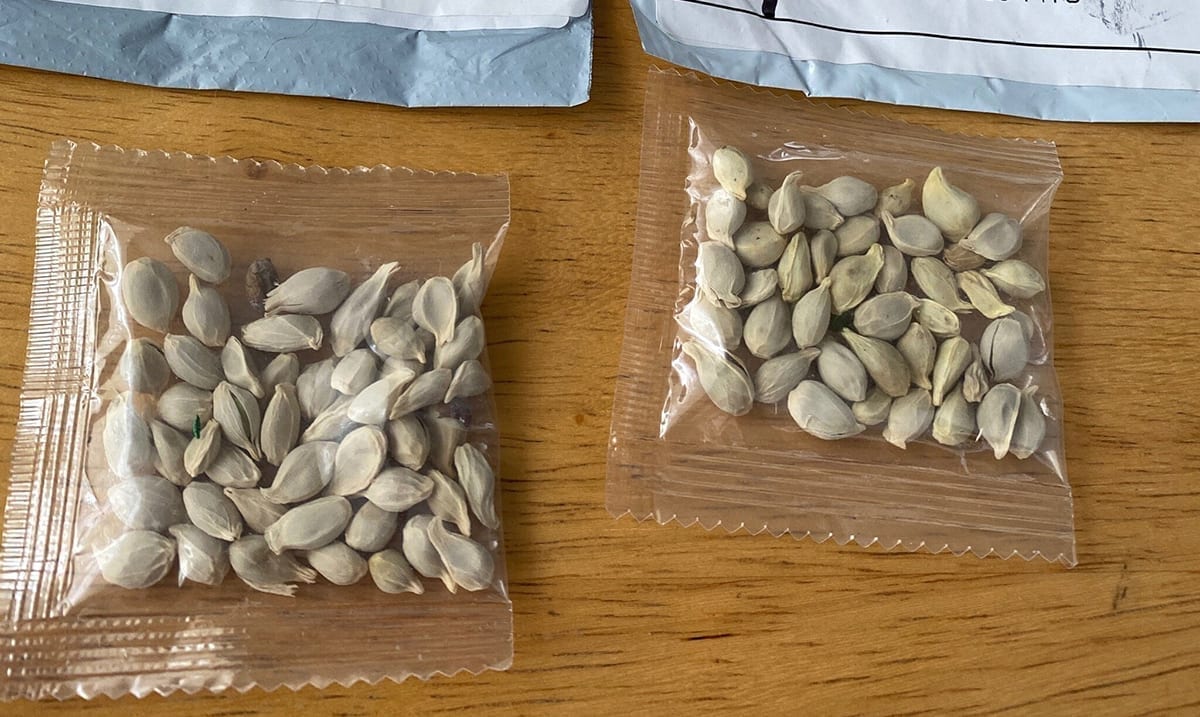 By Gerald SinclairJuly 29, 2020No Comments

While it sounds like something you’d see happen in a movie, it seems people here in the US are actually receiving packages they did not order. These packages containing something most would not expect, seeds.

According to CNN, all 50 states have as of late issued warnings about these mysterious packages and well, we’re not sure why they’re coming in as they are or who is sending them. It seems since this has become such hot news, a spokesperson for China’s foreign ministry has noted the address labels on these packages was/is forged and has asked that USPS send back any they find for further investigation. This whole ordeal is quite interesting and puzzling as a whole.

Now, while we do not quite know what these packages of seeds are being sent out for or how those sending them go the addressed they did a lot of people seem to think this is all part of some kind of scam. CNN noted that this was possibly a ‘brushing scam’ which is something that happens when third-party sellers send people items that they did not order and then a little way down the road write reviews (good ones) under their names. While these seeds overall look quite average, those who are getting them in the mail should probably be wary and not plant them just to be on the safe side.

The USDA wrote as follows about this whole ordeal:

USDA is aware that people across the country have received suspicious, unsolicited packages of seed that appear to be coming from China. USDA’s Animal and Plant Health Inspection Service (APHIS) is working closely with the Department of Homeland Security’s Customs and Border Protection, other federal agencies, and State departments of agriculture to investigate the situation.

USDA urges anyone who receives an unsolicited package of seeds to immediately contact their State plant regulatory official or APHIS State plant health director. Please hold onto the seeds and packaging, including the mailing label, until someone from your State department of agriculture or APHIS contacts you with further instructions. Do not plant seeds from unknown origins.

At this time, we don’t have any evidence indicating this is something other than a “brushing scam” where people receive unsolicited items from a seller who then posts false customer reviews to boost sales. USDA is currently collecting seed packages from recipients and will test their contents and determine if they contain anything that could be of concern to U.S. agriculture or the environment.

These foreign seeds are however quite interesting since we don’t know much about them and well while investigations are underway we may honestly never truly know what is happening in regard to them. It is possible that these plants are invasive species and that in itself is something we don’t want to spread as a whole. Since the seeds being mailed to people across the US are basically unlabeled and quite mysterious overall, opting to just turn them in as suggested is probably everyone’s best bet.

What do you think about all of this? I for one was not expecting anything of this sort, who would have thought this would be the news we’d be facing, after all, we’ve been through in 2020. To learn more about all of this take a look at the video below.