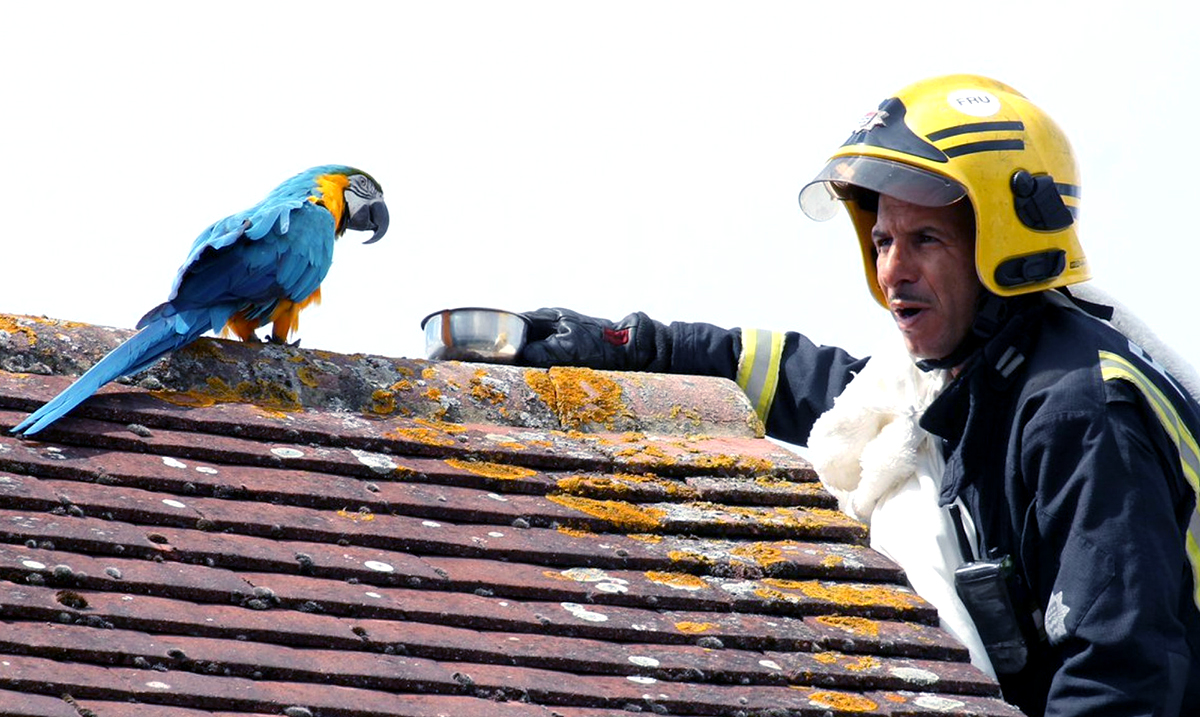 Parrot Being Rescued From Rooftop Tells Firemen to “F*** Off”

A beautiful bright yellow and turquoise parrot named Jessie had escaped her owner’s home and were on top of their neighbor’s roof in Edmonton, UK for three days. After the RSPCA failed to get her down, the London Fire Brigade showed up, and Jessie was less than welcoming to her rescuers.

The firefighter sent up to rescue her appeared with food, a fluffy towel, and instructions to tell the bird ‘I love you,’ to get her down. However, instead of coming straight to him, she kindly told him to fu*k off. The fire brigade manager Chris Swallow explained that ‘Jessie had been on the same roof for three days and there were concerns that she may be injured which is why she hadn’t come down.

‘We then discovered that she had a bit of a foul mouth and kept swearing, much to our amusement.’

Making the incident even funnier, after the bird called the fireman everything but a nice young man, she then flew off to another roof, and then back down to her owner- without any needed help.

According to a spokesperson, ‘As with this incident, the RSPCA should be contacted in the first instance, and we would always urge people to do the same if they see an animal stuck or in distress. If the RSPCA requires our assistance, they will call us, and we are happy to assist with our specialist equipment.’