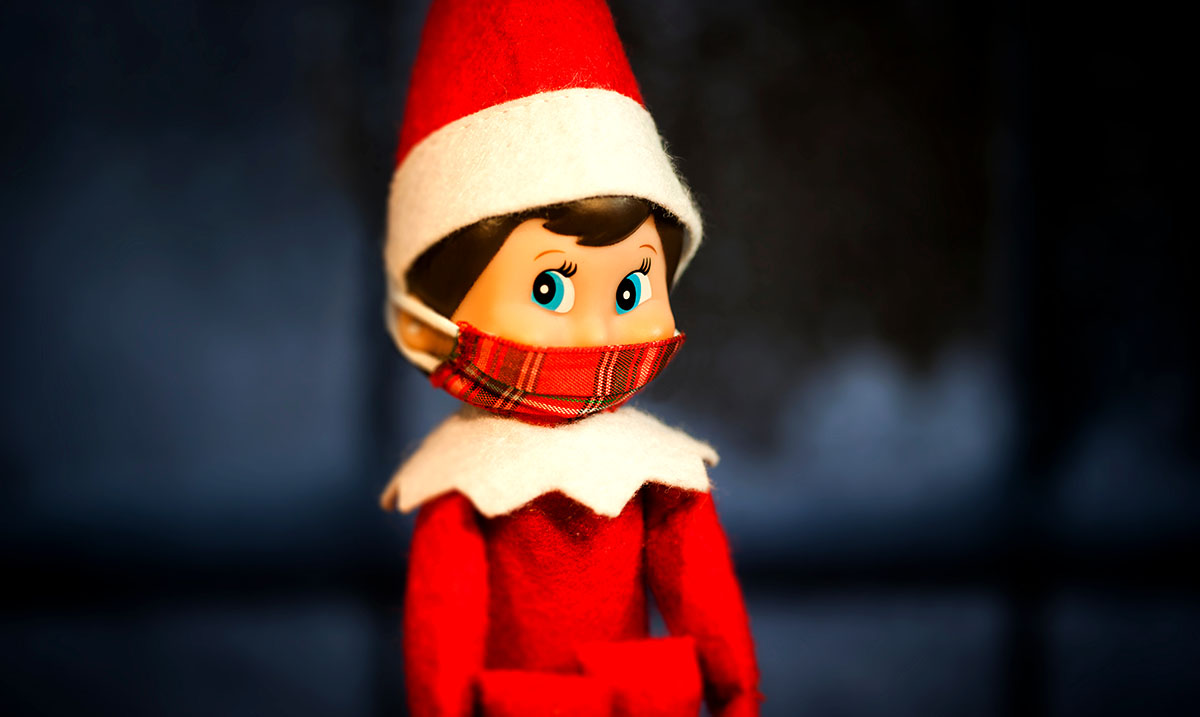 Parenting Expert Warns Against Using ‘Naughty’ Elf On A Shelf

By Harley Manson December 2, 2021 No Comments

Who doesn’t love the Elf on a Shelf? He’s adorable, and the ideas for what you can use him for are endless, however, one parenting expert believes he could do more harm than good.

Elf on a Shelf is a small stuffed elf that is traditionally used by parents to bring Christmas cheer to their homes, while simultaneously encouraging their kids to be on their best behavior. How? Because as Santa’s helper, his job is to keep his eye on your kids for Santa. Each morning, December 1st until Christmas, parents move the elf to a new area each day, and some take it to a hilarious level, using the elf to conduct pranks in their household.

Today, December 1, as most parents pull theirs down from the attic and search for funny and whimsical ways to use him to encourage good behavior, it may be better to second guess yourself on this idea. A former teacher and current child expert, Emma Singleton, believes that the idea of your child being on constant surveillance by Santa’s helper is immensely stressful to children.

When speaking about the Elf on a Shelf, Singleton herself admitted that she too enjoyed the idea in theory. However, she warned the following: “Your children may ‘behave’ while Santa’s elf is keeping an eye on them, especially as it will result in presents as a reward for good behavior. But what happens when your elf returns to Santa’s workshop and is no longer keeping a beady eye on what your child is up to?”

Much like adults, Singleton says smaller and more manageable goals are much easier to achieve for kids.

“Do we really want our children thinking they’re being watched every moment of the day by these festive home invaders? Could the expectation be setting some children up to fail? If children don’t succeed, parents may even feel they need to follow through with sanctions, such as removing presents.

“Parents can be forgiven for wanting children to be excited in the run-up to Christmas, creating little scenes in which elves get up to mischief. Youngsters across the country wake-up to find their cheeky little elf has been up to no good.

“But are these naughty elves sending the right message? Or are they encouraging the exact kinds of behavior parents are actually wanting to avoid?”

With all of that being said, she doesn’t believe that the Elf should be thrown into the fireplace or completely discarded from use.

“Instead of a naughty elf, what about a helpful elf? Explain to your children that Santa’s elf has been sent to homes to help them in the run-up to Christmas. They love to see children spreading kindness and joy, and then make the journey back to the North Pole each night to tell Santa all the lovely things children have been up to.

“Try to focus on positive behavior instead of negative and allow children space to make better choices.

“Perhaps your elf visitor needs to be taught how to do some helpful jobs around the house; the children could teach them, or even learn alongside their elf companion. The elf could be seen making funny mistakes around the home, which children need to help them correct. Maybe he can’t reach the soap to wash his hands and needs to be shown how to do it correctly.

“Why not steer your elf away from naughty antics and focus on helpful gestures instead? Get the elves to model the behavior you want to see, rather than the behavior you are trying to discourage.

“The possibilities are endless, and encourage children to choose to do good because they want to, and not because they will get a reward at the end.”

PlanBee actually offers a free printout of helpful elf ideas, for those who are interested. You can find it here. (We are not sponsored in any way by them, but I thought it might be helpful for those who took her advice to heart.)