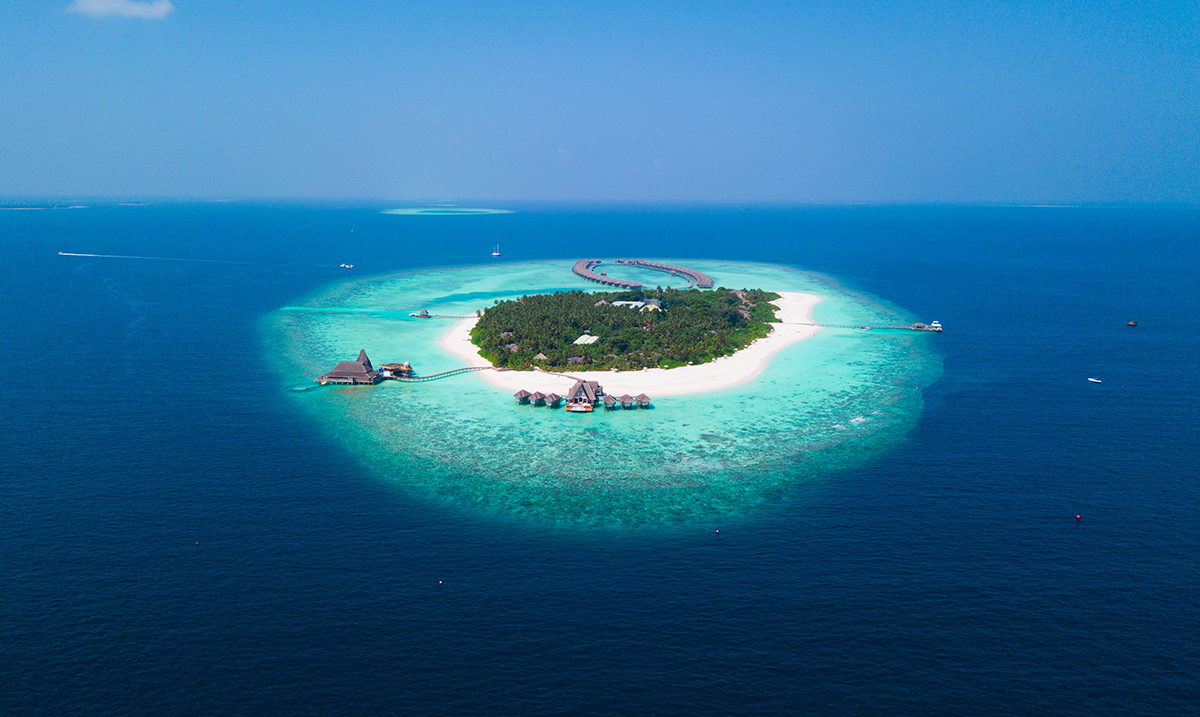 Back in the 1940s, the US used the Marshall Islands as a nuclear testing site and as a result, the areas affected are still quite radioactive even now in modern times. Rather than cleaning up our mess properly we just sealed it off and that seal is quite close to breaking.

This radioactive tomb as people call it is present on Runit Island of the Marshall Islands. It is a big hole filled with nuclear waste and then covered and sealed across the top, basically. That being said, the dome sealing most of this radioactivity away is cracking thanks to climate change and if nothing is done about this, it’s going to be a serious problem (more-so than it already is).

In total, this crater holds enough radioactive waste to fill over thirty Olympic-sized swimming pools according to Business Insider and if exposed to the outside world could cause serious damage to the people present on or around this island. You see most of the soil within this dome carries something known as plutonium. It is also important to note that while the top of this dome was covered the inside of it and bottom is not even lined with concrete or anything else of the sort. Thus meaning if it were to become submerged that too would be another issue in itself.

In regards to this serious cracking we’re seeing Business Insider reported as follows:

Prior to the nuclear tests in the 1940s and 1950s, residents of Enewetak Atoll were exiled from their homes and relocated to nearby islands. Today, only three of the atoll’s 40 islands have been dubbed safe for human habitation. They are currently home to around 650 residents.

In 2013, the US Department of Energy reported that radioactive materials could be leaking from the dome into the marine environment, but said such an occurrence would “not necessarily lead to any significant change in the radiation dose delivered to the local resident population.”

But sea levels around the Marshall Islands are rising. By 2030, they could be between 1.2 and 6.3 inches higher than they are now, resulting in more storm surges and coastal flooding. By 2100, the dome could be submerged in water.

Locals fear that mounting damage to the structure could present a new set of health risks.

The dome recently began to crack and chip, increasing the odds that strong waves could force the structure open. A disaster like that would send even more radioactive waste into the nearby ocean or lagoon, which could even force locals to leave the island once again.

“If it does [crack] open, most of the people here will be no more,” Christina Aningi, a teacher on Enewetak Atoll, told the Australian Broadcasting Corporation. “This is like a graveyard for us, waiting for it to happen.”

While some claim the radiation levels around the dome and within it are being blown out of proportions and that they could be ‘harmless’ but realistically no matter how you look at it there has to be some level of danger there. With scientists still studying the effects of radiation exposure among the islands, we have a lot more to figure out before anything is set in stone. This dome is a ticking time bomb and when it does finally open up, the effects could be mild, or they could change everything for those living on nearby islands.

During the cleanup process alone six people actually died and hundreds of others developed illnesses including cancers that were connected with the exposures they were facing in the Marshall Islands. The radioactivity there is no joke and it is something that should have been dealt with properly long ago. For more information on all of this and the Marshallese people please check out the video below.

Photo by Zunnoon Ahmed on Unsplash