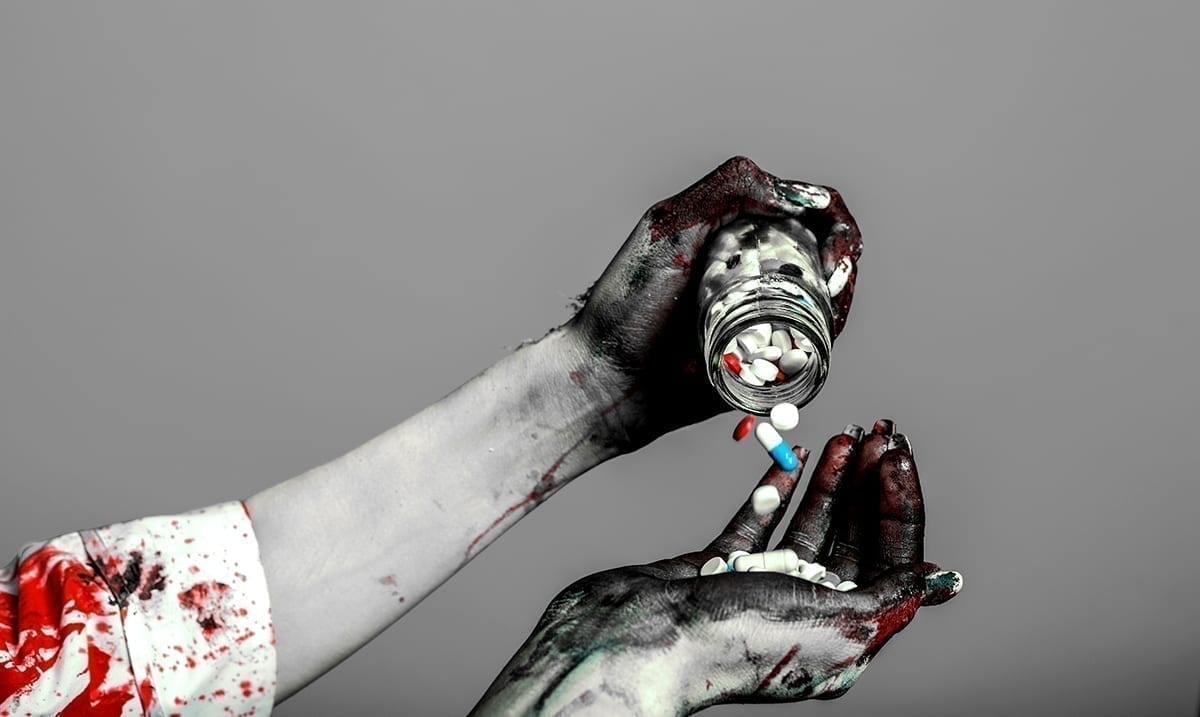 While there are tons of people in the world today dealing with mental health issues, there are also more people taking far more medication than they should in regards. This is a topic not many are willing to touch on but something needs to be made known.

When it comes to some conditions/cases and there are medications that can do more damage than good and the sooner we come to terms with that the more changes we can make. Drugs are not always the best option for treating a person’s mental health issues and shouldn’t be the first thing we jump into when trying to figure out how to feel better overall. I mean, a lot of people don’t even respond to anti-depressants as a whole so taking them for many can even be somewhat of a setback in regards to getting the help they need.

In regards to all of this Psychology Today wrote as follows:

We hear so much these days about how psychotherapy can help people with mental health problems. Yet, the most recent figures suggest that as many as 57 percent of people with mental health problems are being treated solely with medications without any form of psychotherapy. And that figure is not going down—it’s going up!—up from 44 percent to 57 percent between 1998 and 2007. In addition, the pediatric use of SSRIs has risen significantly between 1994 and 2000, largely to treat childhood anxiety and depression, and has often occurred without regulatory approval.

However, there are many good reasons why drugs alone should not be the reflexive treatment of choice for many mental health problems. I’ve listed some of these reasons below.

1. In the case of some mental health problems, such as depression, between 50 to 60 percent of individuals taking antidepressant drugs do show improvement, but in many cases, drug treatments are associated with an increased risk of subsequent relapse. A more effective treatment might be to combine drug treatment with psychological therapies.

2. Treating some common mental health problems with drugs from the outset may effectively “medicalize” them, turning what might have been short-term, acute bouts into a longer-term, chronic problem. For example, almost everyone knows someone who has been on antidepressants for most of their life. Good business for the pharmaceutical industry, but are those drugs having any significant effect on symptoms over the long-term?

3. Prescribing drugs at the onset of a mental health problem perpetuates a medical model of mental health that may lead many sufferers to believe their recovery is now out of their hands and in the hands of medical experts. This is akin to labeling a mental health problem a “disease,” and this can have very significant negative effects on the sufferer’s ability to self-regulate and help themselves. For example, studies show that recent attempts to label obesity as a “disease” actually has a significant negative effect on self-regulation of obesity symptoms.

The author of that article from there went on to list around ten reasons total and all of them are quite interesting and bring something unique to the table in regards. We as people struggling shouldn’t be taking medicine that doesn’t work or medicine that is inappropriate for our issues as a whole and yet this is an issue that has become increasingly present in society today.

The APA actually went so far as to write as follows covering the topic of inappropriate prescribing:

Writing a prescription to treat a mental health disorder is easy, but it may not always be the safest or most effective route for patients, according to some recent studies and a growing chorus of voices concerned about the rapid rise in the prescription of psychotropic drugs.

Today, patients often receive psychotropic medications without being evaluated by a mental health professional, according to a study last year by the Centers for Disease Control and Prevention (CDC). Many Americans visit their primary-care physicians and may walk away with a prescription for an antidepressant or other drugs without being aware of other evidence-based treatments — such as cognitive-behavioral therapy — that might work better for them without the risk of side effects.

“I would say at least half the folks who are being treated with antidepressants aren’t benefiting from the active pharmacological effects of the drugs themselves but from a placebo effect,” says Steven Hollon, Ph.D., a psychology professor at Vanderbilt University who has conducted extensive research on the effectiveness of antidepressants. “If people knew more, I think they would be a little less likely to go down the medication path than the psychosocial treatment path.”

The use of psychotropic drugs by adult Americans increased 22 percent from 2001 to 2010, with one in five adults now taking at least one psychotropic medication, according to industry data. In 2010, Americans spent more than $16 billion on antipsychotics, $11 billion on antidepressants and $7 billion for drugs to treat attention-deficit hyperactivity disorder (ADHD). The rapid growth of all three classes of drugs has alarmed some mental health professionals, who are concerned about the use of powerful antipsychotic drugs by elderly nursing home residents and the prescription of stimulants to children who may have been misdiagnosed with ADHD.

Psychotropic drugs are valuable tools in treating many mental health disorders, but inappropriate prescribing can cause serious harm. To help address those concerns, APA is developing clinical treatment guidelines that will help educate physicians, health insurers and the public about the best treatments available for common mental health disorders. APA also supports an integrated approach to health-care delivery in which primary care and mental health providers work together to determine the best treatment plan for each patient.

While all of this might be hard to swallow being aware is the first step towards making sure the treatment you’re getting is right for you and actually helping you. For more information on all of this please check out the videos below or click here.