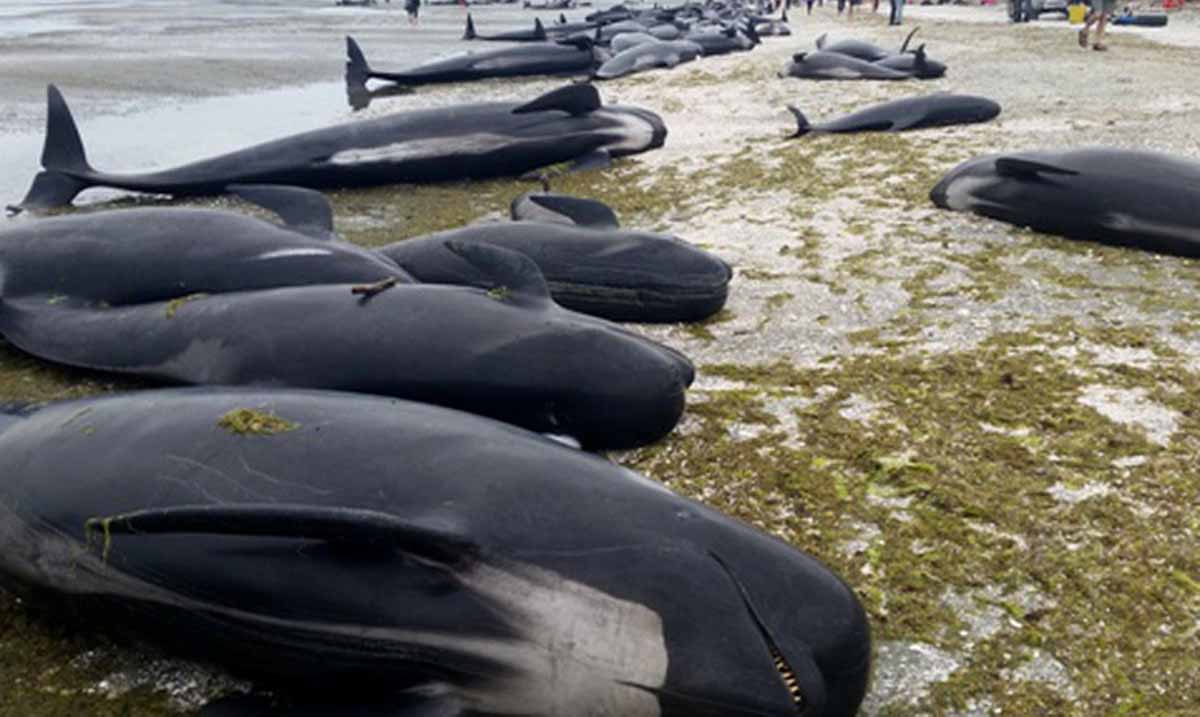 By Gerald SinclairSeptember 25, 2020No Comments

While we hear about mass animal die-offs all the time, this one is worse than most. It seems in recent times, almost 400 whales have been deemed dead after efforts to return them to the ocean once beached were not enough.

According to NPR, around 380 pilot whales have died off the coast of Tasmania which is in an event being referred to as Australia’s ‘largest recorded mass-stranding event.’ While this stranding included about 500 whales, quite a few have been returned to the ocean, and others are expected to also be saved but not all were able to be rescued in these efforts. This all happened on the sandbanks and beaches inside a place known as Macquarie Harbour.

The Guardian wrote as follows on all of this:

More than 450 long-finned pilot whales were caught on sandbanks and beaches inside Macquarie Harbour, with a rescue effort starting on Tuesday morning.

Some 50 whales have been rescued and coaxed back to the open ocean.

Rescuers were focused on 270 whales stranded near the town of Strahan, but on Wednesday morning a further 200 whales about 10km away in the same harbour were discovered from a helicopter. Officials later confirmed all had died.

The stranding is likely one of the largest on record globally and is the worst in Australia’s history.

Nic Deka, the coordinator of the rescue from Tasmania Parks and Wildlife Service, said they were fighting to save the remaining 30 whales but focus was now turning to retrieval and disposal of the dead whales.

“We will try and rescue as many of the remaining live animals as we can.”

Dr. Kris Carlyon, a marine conservation program wildlife biologist, said on Wednesday that the addition of 200 whales made this current stranding the largest in Tasmania’s history.

While we do not yet know the cause of all of this there is as noted by The Guardian nothing so far to indicate it was ‘human-caused.’ Strandings like this do happen and have happened before, but they are heartbreaking no matter what. Seeing animals in need like this losing their lives is something no one wants to face and those helping to get those they can back where they belong should be thanked, that’s for sure.

One of the scary things about this kind of situation is that because pods like this are so close to one another that even when they’re returned to the waters they still want to be with the rest of the pod and their fate ‘remains in jeopardy’ according to NPR. This kind of thing stressed them all out even if they’re still in the water or have been returned to the water. That being said, rescue efforts will continue.

To learn more about this please take a peek at the video below. While it’s hard to see things like this it is amazing how so many come together to try and save creatures like these whales. I for one think that really shows how much many of us care.