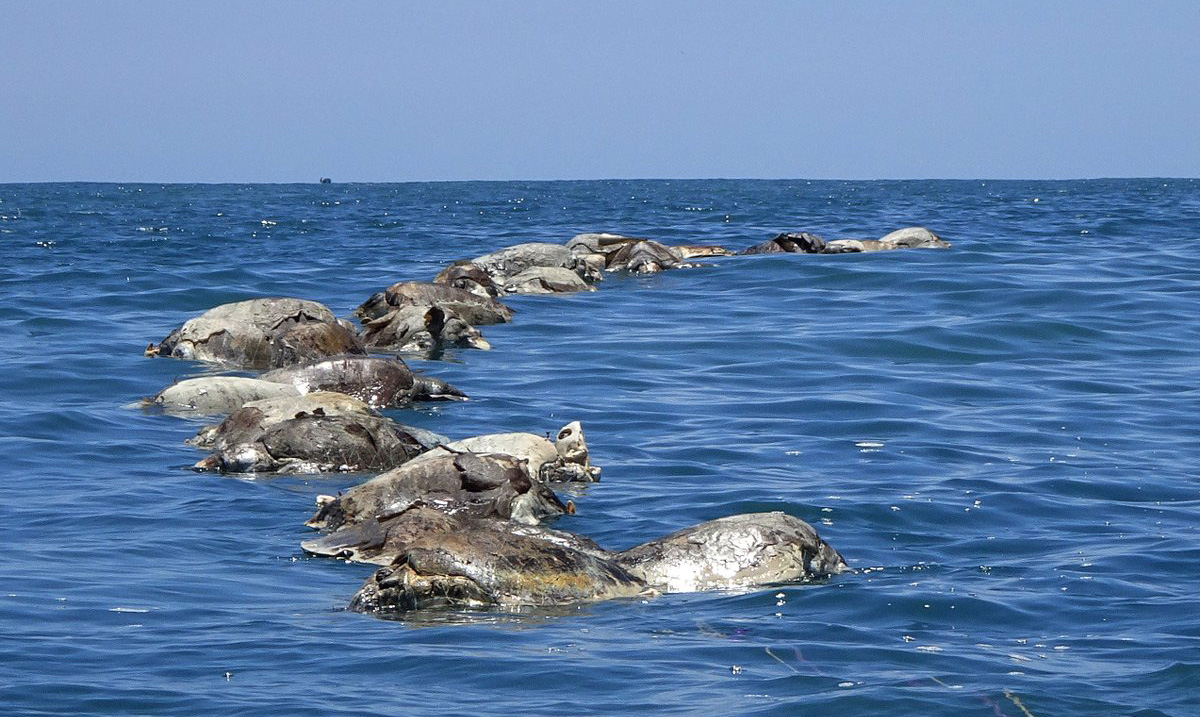 Unless you have been living under a rock, then you know how pollution can affect the delicate ecosystems which keep many animals alive. Sadly, despite our knowledge of such, it doesn’t seem as though anything substantial is being done to help, and this proves that!

The Mexican federal agency for environmental protection recently announced that they found over three hundred Olive Ridley sea turtles floating dead trapped together inside of a fishing net. Many of them had cracked shells and seem to have been trapped for at least a week. While the exact cause of death is not known, injuries from the net as well as fishing hooks were noted.

It is also important to note that over one hundred turtles were found dead about one hundred miles from the scene just days before. Basically, a net was lost by a boater and these turtles seem to have found it sadly. You see, sometimes people lose their nets and other things and do not go after them or are unable to retrieve them. These things end up impacting marine life be it one way or another. Considering they are a species with declining population, these sea turtles were a very devastating target.

300 endangered turtles were found dead off Mexico’s Pacific coast after they became caught in fishing nets. They come to the area once a year to breed. pic.twitter.com/FmkvndYEMj

The olive ridley species of sea turtle is listed as threatened by the US Fish and Wildlife Service, however, in Mexico, they’re listed as endangered. Globally, the population of olive ridley sea turtles remains in decline, and is considered ‘vulnerable’ to extinction, according to the International Union for the Conservation of Nature.

Despite the recent tragedy, the population of olive ridley sea turtles in the area is being managed well thanks to strict regulations put in place by Mexico and other states.

Mexican authorities are investigating this incident and what may have led to its occurrence. The whole situation is a complicated one but does serve as a reminder that we as humans need to be paying more attention to the things we do. The capturing of sea turtles is banned in Mexico and anyone who is caught killing or capturing them can face serious penalties. Hopefully, that was not the case in this situation but if it was we can only hope some kind of justice comes of it in the end.