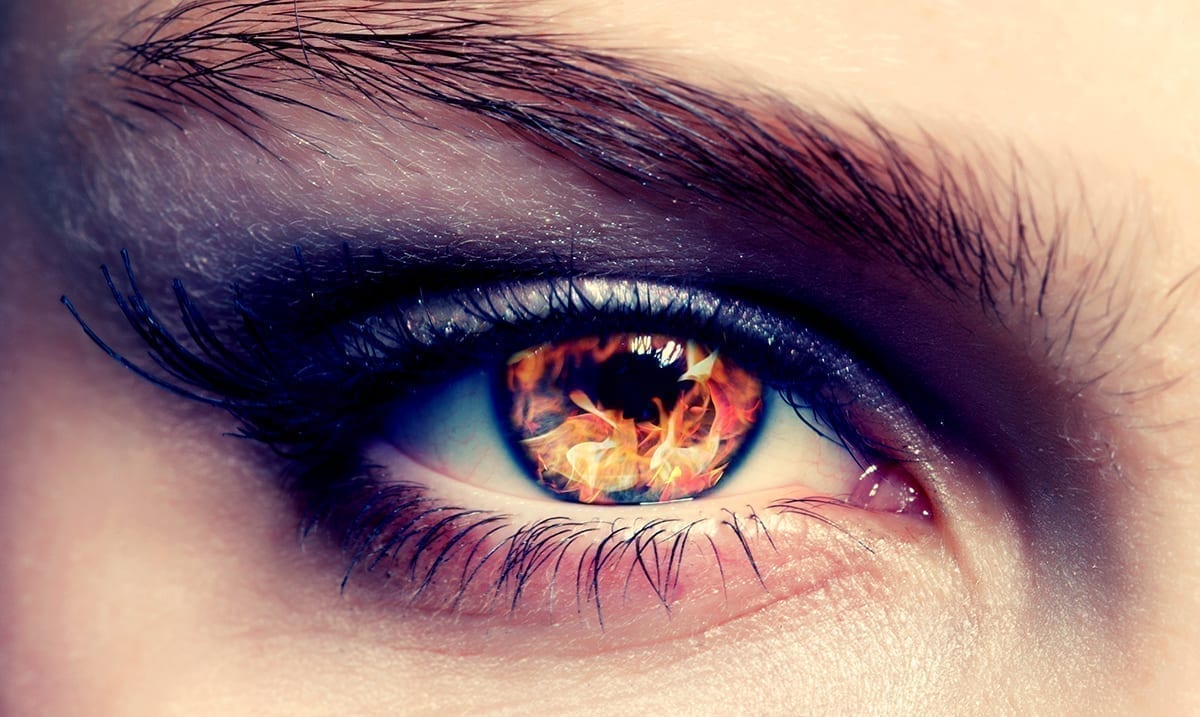 Our Eyes Truly Are Windows To Our Souls, Revealing More Than We Realize

The eyes are very important, you can really get to know a person through the way their eyes react to things and honestly, when someone is sad you can almost always tell it through their eyes. While in this day and age we don’t often hear the phrase ‘the eyes are windows to the soul’ often at all but it still seems quite true.

While it’s easy to fake things like smiles and laughs your eyes almost always reveal the truth hidden within, don’t they? A lot of researchers have even touched on the differences our pupils make and honestly the more you dive down this hole of information the more you find. In recent times I’ve been looking at a lot of different things on this topic and I’ve found several very interesting articles I thought were worth going over.

One was written by The Express back in 2017 and within it, a study is gone over. This study was one that goes over what we see in the pupils and it really stood out to me. It was noted that narrowed eyes as if squinting seem to register emotions like disgust or suspicion while joy is brought on through the eyes in an entirely different way. Researchers working on this specific study showed photos of 600 faces to a group of volunteers and it was found that through looking at the eyes emotions were easy to pinpoint.

This meaning someone could have a happy expression and the deception in their soul would be visible through their eyes if someone knew what to look for which in many ways we grow up learning how to read people’s eyes. If you’ve ever noticed someone close to you was sad based on the way they were looking at you, then you know exactly what I am talking about. You picked up on their eyes, even though they were smiling and pretending to be fine.

Psychology Today even touched on this topic long ago and something important worth sharing goes as follows:

Consider working at a computer: Most of the time, our gaze is fixed on the bright screen, so our pupils are contracted. But every now and then, we glance down at the keyboard, as when we need to reposition our fingers. The authors of the article claim that the pupils begin to dilate even before the downward eye movement begins. Because the pupillary light response is relatively slow—about a quarter of a second—anticipating the amount of light at the new location improves vision once our gaze gets there. (All of this, of course, operates below the level of consciousness.)

The pupillary light response is only one reason why the pupils change size. They also dilate when we’re aroused. The body has an alarm network called the autonomic nervous system that prepares us to take action whenever we detect a threat—or an opportunity—in our environment.

Encounter a bear while walking through the woods, and your autonomic nervous system goes on alert. Your heart and breath rates increase, you begin to sweat as your muscles tense up, and, among other bodily reactions, your pupils dilate. The autonomic nervous system prepares your body to take action against the threat—perhaps scampering up the nearest tree.

We also need to take action when we encounter opportunities. Meet an attractive person at a party, and what happens to your body? Your heart and breathing rates increase, you begin to sweat—and your pupils dilate.

Psychologists consider pupil dilation to be an honest cue to sexual or social interest. That’s because pupil size isn’t under your voluntary control. Let’s say you’re trying to fake interest as your coworker recounts every play in his weekend golf game. You can force a smile. You might even remember to crinkle the corners of your eyes, to make that smile look real. But your tiny pupils will reveal your lack of interest.

Arousal increases pupil size irrespective of the amount of ambient light present because optimal pupil size involves a trade-off between two factors. The first is visual acuity, or how well you can see the details of whatever you’re looking at. In this case, you need “Goldilocks” pupils—not too bright and not too dark, with just the right amount of light coming in. Thus, the pupillary light response is important for visual acuity.

See, the eyes reveal a lot more than most people tend to realize. What do you think about all of this? Do you have different thoughts on the topic?