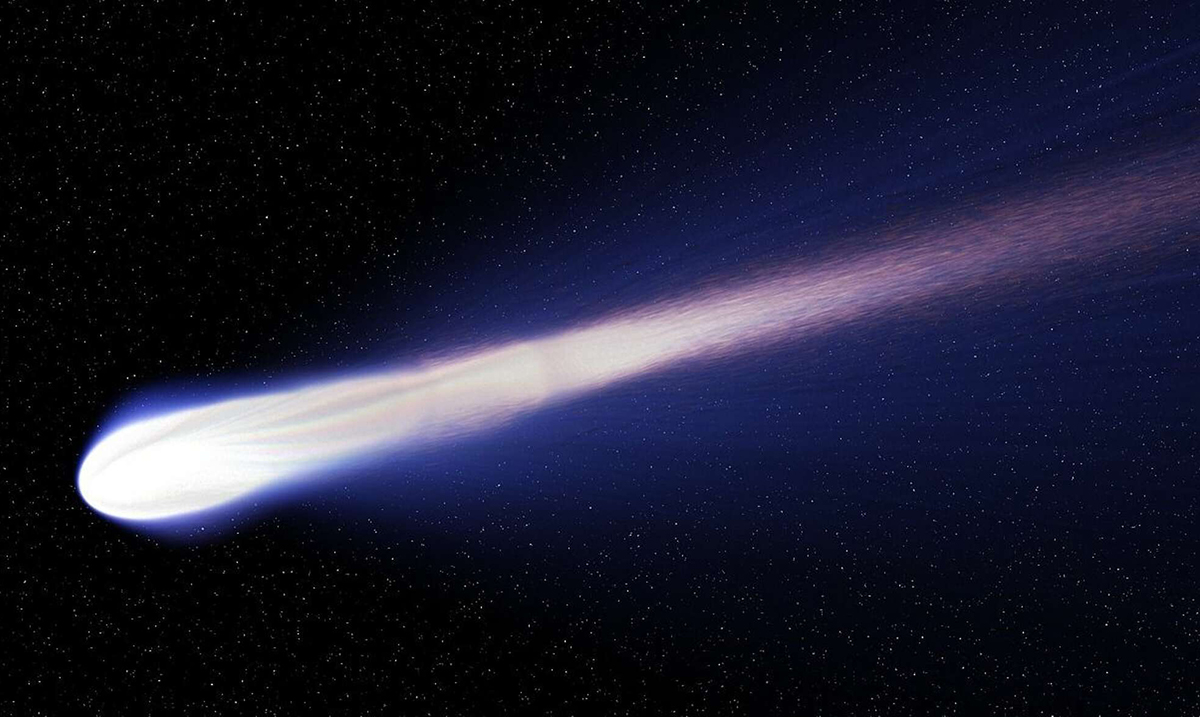 One Of The Largest Comets Ever Recorded Is Heading Our Way

By Harley MansonOctober 1, 2021No Comments

Megacomet Bernardinelli-Bernstein is so massive that at first, it was mistaken as a dwarf planet. It was discovered in 2014 by astronomers Pedro Bernardinelli and Gary Bernstein and since then, the comet has come closer and closer to planet Earth.

According to scientists, the comet is the largest icy body identified to date, at around 100 miles across. Even stranger is the fact that Bernardinelli had spotted the object around the time he was defending his dissertation, which was focused on another type of solar system object known as a trans-Neptunian object.

Bernstein, on the other hand, was looking for distortions caused by dark matter, making both of them quite the unlikely pair to have discovered the major comet. When speaking about their discovery, Bernstein says, “It’s been pretty overwhelming.”

Bernardinelli says, “My phone didn’t stop ringing- I wasn’t expecting the reception the scientific community gave to the discovery.” 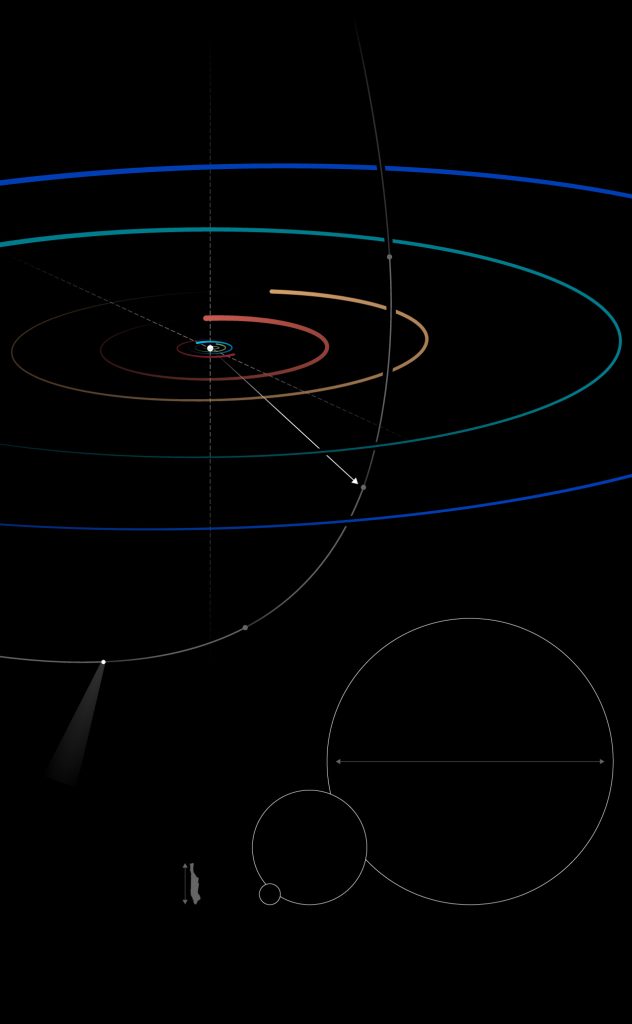 Scientists estimate that as the comet gets closer to the inner solar system, it will grow brighter. On January 21, 2031, it will make its closest approach to our solar system and is estimated to make it about a billion miles from the Sun, which is only slightly further than Saturn.

The outer part of the solar system is a strange and mysterious place. The Oort Cloud is in the outer solar system and is where scientists believe the comet was born.

The researchers discovered the comet in data collected that is referred to as the Dark Energy Survey (DES.) The DES was taken by a telescope at the Cerro Tololo Inter-American Observatory in Chili from 2013-2019. The survey was taken to help scientists understand dark energy, which is a mysterious substance that scientists have not seen directly, but belief makes up around 68% of the known universe.

Many images were taken throughout the survey, and the comet appeared on 20-30 separate images. According to astronomers, the comet would take millions of years to circle the sun. The comet was 2.7 billion miles away when it was discovered, which is a record for comets. 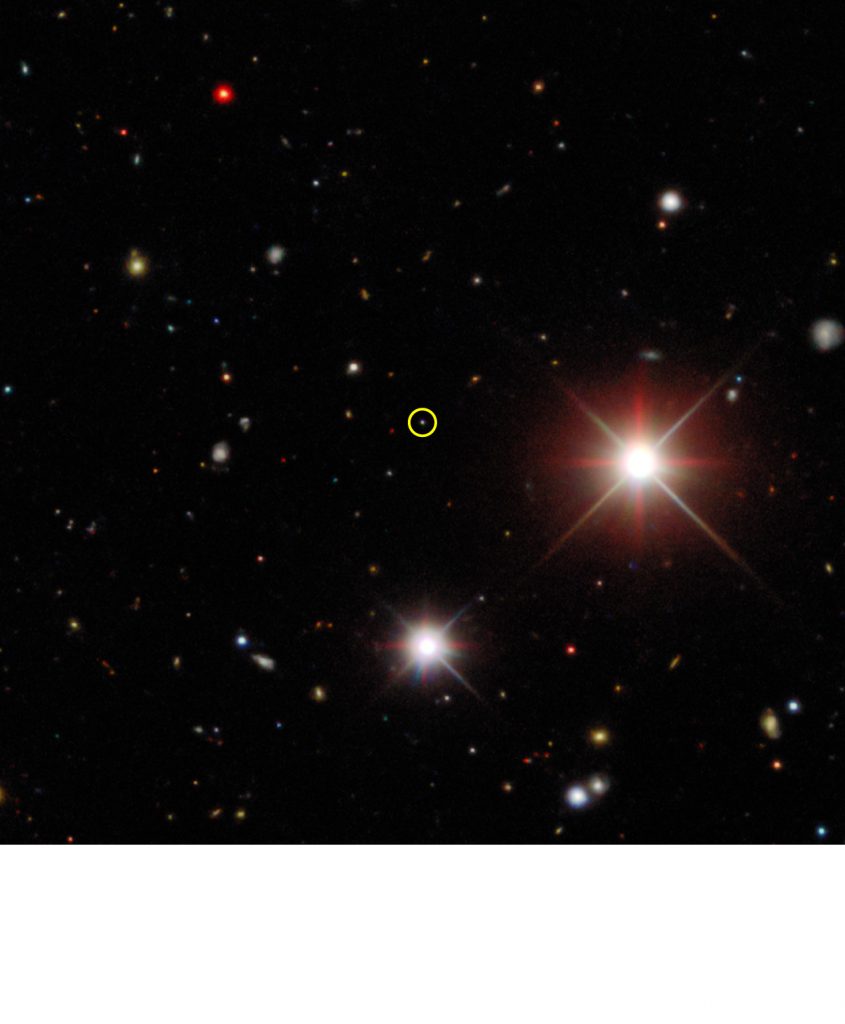 Once they found it, they submitted their evidence for the comet to the Minor Planet Center in Cambridge, Massachusetts, which acts as an official repository for the orbits of comets, asteroids, and other solar system bodies.

On June 19th, the discovery was confirmed and a few days after that, the comet was named after the two scientists.

Now, scientists are beginning to brainstorm how to visit the comet, but there are no missions currently underway. However, scientists could intercept the comet in 2033, if a mission began in 2029.

One of the best parts of this is that new generation astronomers had a major heads up on this and can study it and learn from it for years to come. As it heads closer and closer to us, we will be able to view it in the next 9-10 years by the use of a telescope.

As it edges closer and closer to Saturn, scientists say that it will start to look more and more like a traditional comet, with a coma and tail. The comet has given both researchers a new interest in comets. “I had never thought too hard about comets before,” says Bernardinelli, “and as I move on to the postdoc stage, I get to expands the types of things that I do, so I’m considering branching into comets more.”