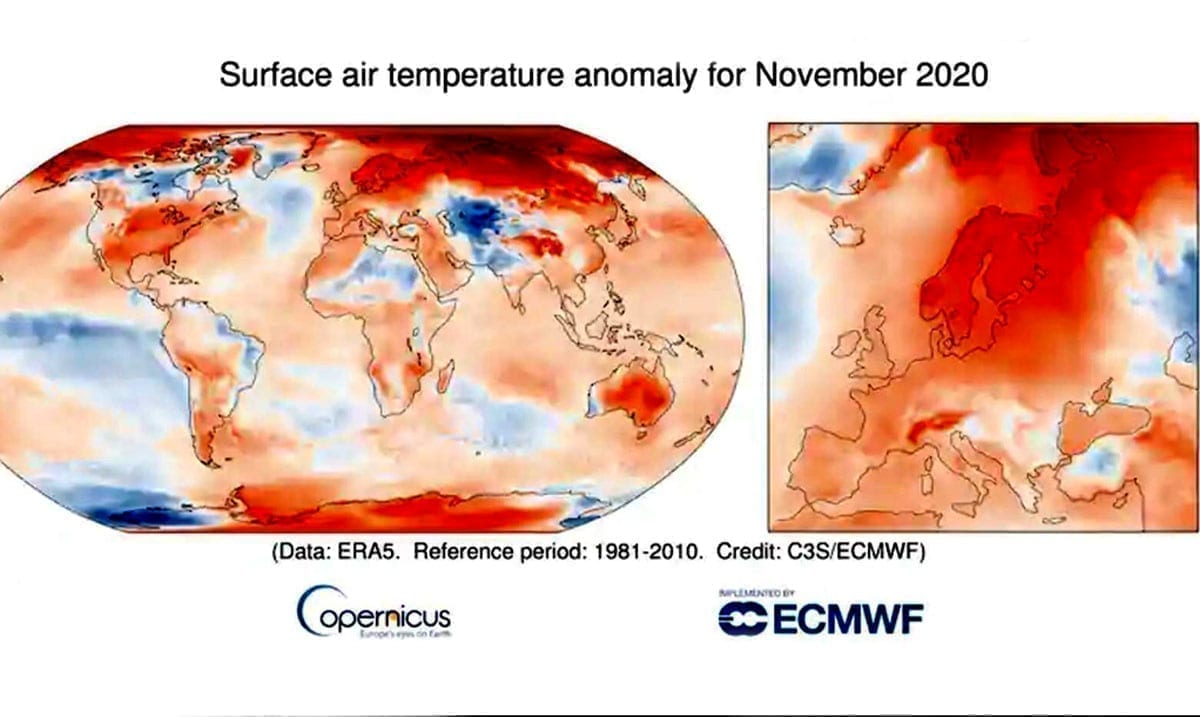 November 2020 Was The ‘Warmest’ On Record

By Gerald Sinclair December 8, 2020 No Comments

Sure, November was a bit warmer than usual but it appears it was more-so the warmest on record at the core of things. According to The Copernicus Climate Change Service Records, this November was something to remember.

According to CNN temperatures were elevated mostly in large ‘regions across northern Europe, Siberia, and the Arctic Ocean.’ While places like the US saw above-average temperatures European areas were not getting the same experience. That being said, globally this speaks volumes.

Morganton.com wrote as follows about all of this on their wesbite:

“These records are consistent with the long-term warming trend of the global climate,” said Carlo Buontempo, director of the Copernicus Climate Change Service at ECMWF.

He said November was “an exceptionally warm month” globally, and temperatures in the Arctic and northern Siberia remained consistently high while sea ice was near its lowest extent.

“This trend is concerning and highlights the importance of comprehensive monitoring of the Arctic, as it is warming faster than the rest of the world,” he added.

Buontempo said policymakers who prioritize mitigating climate risks “should see these records as alarm bells” and think more seriously than ever how to best comply with the 2015 Paris Agreement.

What do you think about all of this? I for one think 2020 really has been one crap-show altogether. While this might not sound like much to some, it is quite alarming to many.

Even Mashable wrote as follows covering the issue:

The Copernicus Climate Change Service reports the warming from January through November is on par with 2016, the warmest year on record. This means 2020 will likely end up being one of the warmest years on record, if not the warmest. Importantly, humanity still has great sway over the climate system, and can still curb carbon emissions to avoid the ever-worsening consequences of a heating planet.

Will things continue to heat up as the future unfolds or are we going to be making changes that actually promote a difference of somekind? That much we do not know yet. Only time will tell, to be completely honest.