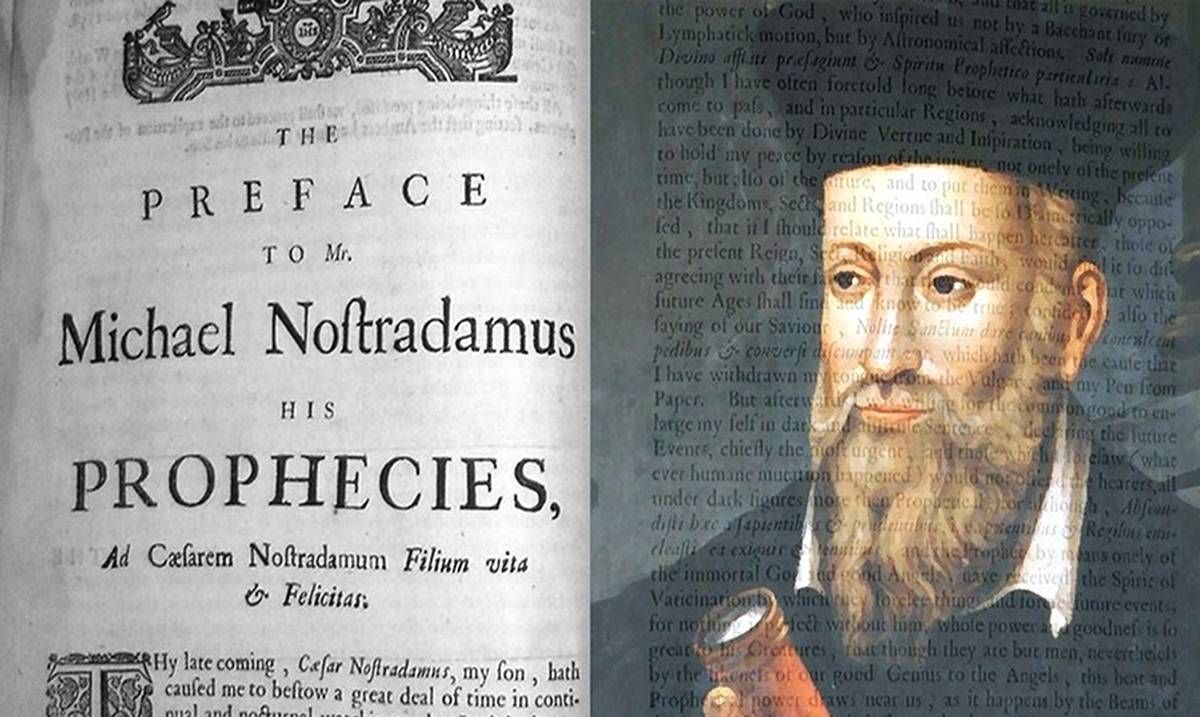 Nostradamus Prophecies for 2018: World War 3 and the Collapse of the Global Economy

It seems just about every year people go over the prophecies Nostradamus has laid out for us. When it comes to looking into this you need to remember that his predictions have been a bit too accurate, they have been accurate to an extent that honestly could be considered TERRIFYING.

According to Nostradamus‘ prophecies as described in his book Les Propheties, during 2018 there will be several natural disasters that will shake the world. One passage, in particular, has people quite concerned. This passage reads as follows; “Kings steal forests, the sky will open, the fields will be burned by heat.” This most assume means that a hold in the ozone layer is going to result in intense solar radiation lashing here on Earth.

Nostradamus has also warned of a 27-year long war that will occur. Could this be WW3? Sure we thought it was coming last year, but this year could be the year. Many believe this is in reference to the tension growing between the US and North Korea. He also predicted as follows: “Twice put up and twice cast down. The East will also weaken the West. Its adversary after several battled chased by sea will fail at time of need.” What do you think that could mean?

Most of what it seems Nostradamus believes is in store for this year does not look good. While he passed years before our time it seems we still have so much we can learn from him. He accurately foretold the rise of Hitler back in 1933, the massacre that 9/11 was, and so many other things. Many believe the ‘false trumpet’ Nostradamus referred too on several occasions is, in fact, President Donald Trump himself.

Below you will see some of Nostradamus’ predictions as explained by Nostradamus2018.com:

Strong earthquakes will shake many areas of our fragile planet. China is one of the countries that will suffer the fury of the earthquakes and since 2018 will cause thousands of deaths.

During the winter of 2018, “the belt of fire of the Pacific” will record an unusual activity. It will cause several earthquakes and the eruption of three volcanoes.

The floods all around the world will beat all the records. We will see the global media talking about storms and climatic disasters.

There will be typhoons in China, Japan, and even Australia. Russia will be affected by extreme weather and there will be many floods.

THE COLLAPSE OF THE GLOBAL ECONOMY

Nostradamus has foreseen that “the rich people will day many times”. Nostradamus’ prophecy overlaps with the foresight of the economist Martin Armstrong, which affirmed that it might be a financial collapse caused by the rising resentment against the “status quo”.

THE SOLAR RADIATION WILL BURN OUR PLANET

“The kings will steal the forests, the sky will open and the fields will be burnt by the heat” had written Nostradamus.

For some experts, it’s a warning about the next destruction of the tropical forests and the increase of the ozone’s hole, which will provoke an exposure of the Earth to the solar radiation.

THE BIG ERUPTION OF THE VOLCANO VESUVIUS

In 2018 there will be a big eruption of the Vesuvius that will shake all Italy.

According to the Italian geologists and volcanologists, the Vesuvius is more than an active volcano and a big eruption is expected at the end of 2018 or the start of 2019 and it might be the worst of this volcano, there was one in 79 A.C. and another one in 1631 A.C. (the worst two of history).

What do you think about all of this? Could his predictions from the past all have been strange coincidences or is there more to it? I for one guess we will have to wait and see, only time will tell. While these are not the only predictions that were made in regards to 2018 they are some of the most significant. Please feel free to check out the video below for more information on Nostradamus and his predictions for 2018.