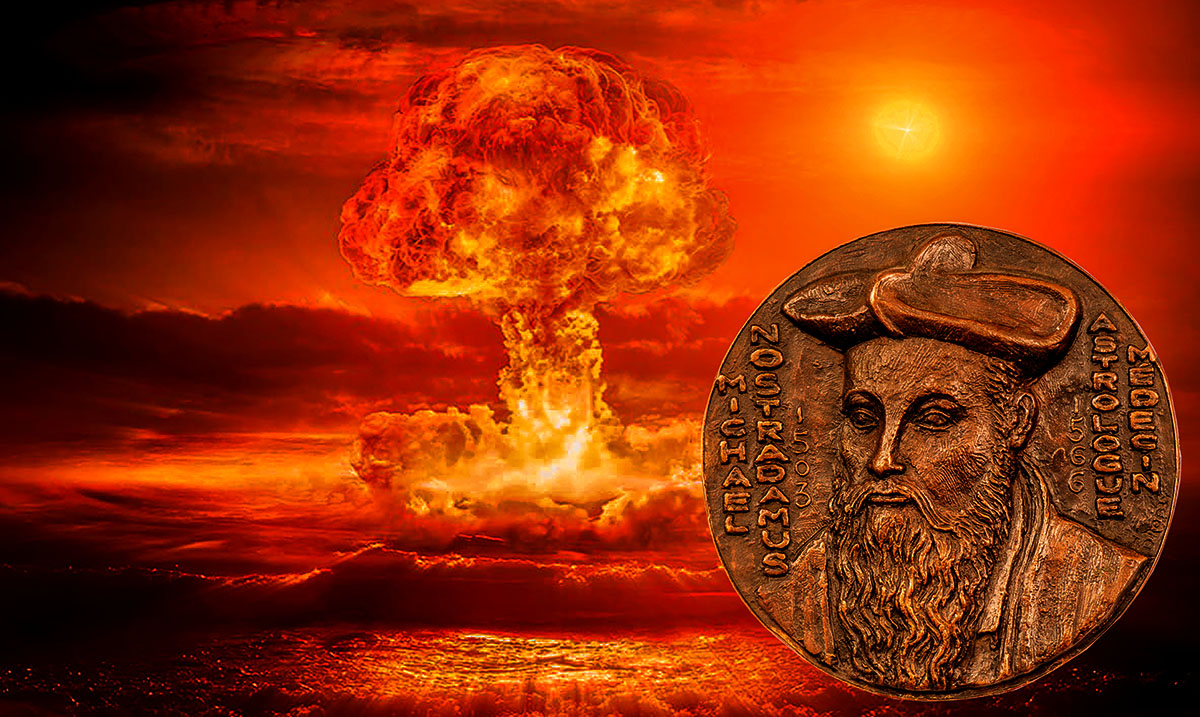 By Harley MansonJanuary 2, 2022No Comments

Nostradamus was a French plague doctor, astrologer, and philosopher. In 1555, he wrote a book called “Les Prophéties” which is a book of predictions for ages to come.

Many of the predictions made have come true, but not all of them. With that being said, life is full of exciting unpredictabilities, so seeing the future is not a perfect art, but it’s still fascinating to be able to look at how the predictions truly do tie into modern life. Some of these already are starting to transpire now, but haven’t fully happened, and you will see what I mean below.

1. The death of a world leader.

Many interpretations of his predictions indicate that Kim Jong Un, or another world leader, could die within the next year. There are different interpretations of who it will be, but the quote reads as follows, “The sudden death of the first character, he will be changed, and they will put another in his kingdom.”

2. The rise of Artificial Intelligence.

Over the past few years, technology has evolved at an alarming rate, leading to much controversy as to the possible devastating effects this could cause. Many prophesies from Nostradamus indicate that if artificial intelligence were to gain enough ‘awareness’ it could end up seizing our entire string of networks.

3. The fall of the European Union.

“Sacred temples of the Roman time, will reject the foundations of their foundation.” Many people believe it started with Brexit and will lead to war, and then the downfall of the European Union.

“Like the sun, the head will seal the shining sea. The live fish of the Black Sea will almost boil”. Some interpretations read this as a major solar storm that could liquify Earth’s poles, causing our sea levels to rise. Other similar predictions, like earthquakes, flooding, and water shortages tie into this one.

“Blue-head shall white-head harm in such degree, As France’s good to both shall e’er amount.” While this is pretty vague, some interpret this as a reference to World War III, a possible French takeover, and wars that tie into the downfall of the European Union.

“No abbots, monks, no novices to learn;

“So high the price of wheat,

That man is stirred

His fellow man to eat in his despair”

In 1555, Nostradamus also appears to have predicted that the Earth will be struck by an asteroid, resulting in mass death.

The astronomer’s prophecies are vague as to when this claimed ‘celestial stone’ strike will occur, but he did write that a ‘great fire’ would fall from the sky.