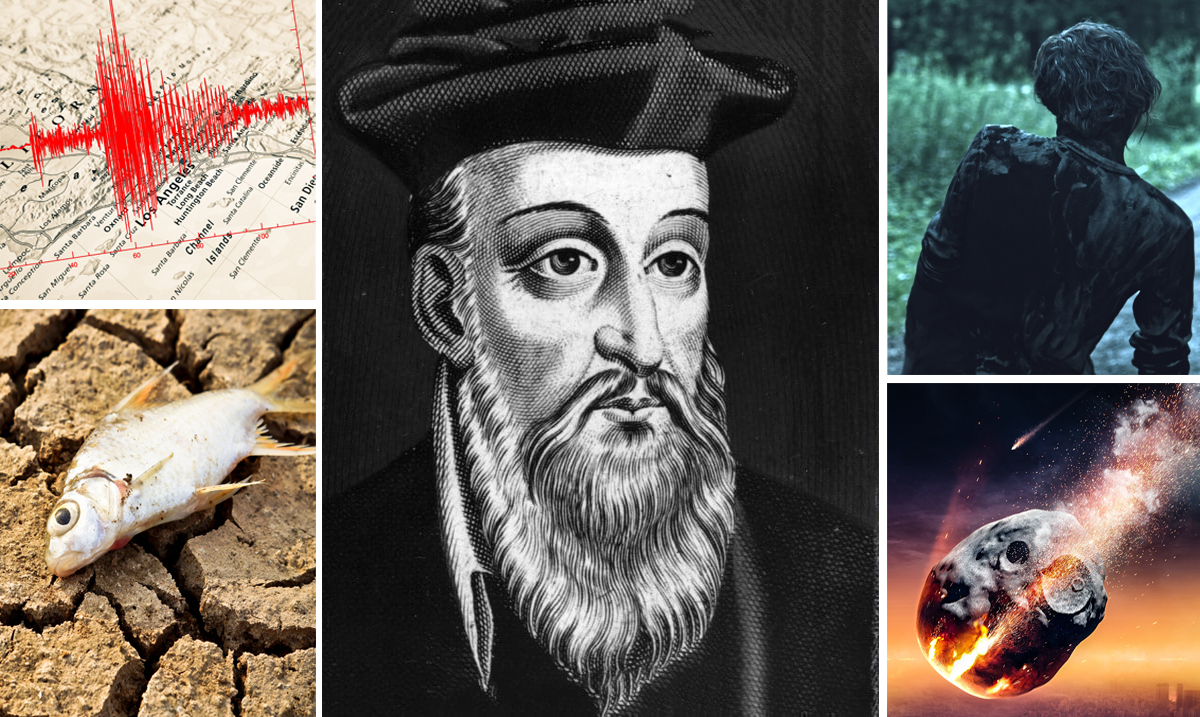 We know that 2021 is bound to be better than 2020 but when it comes to Nostradamus’ predictions it might be a bit more concerning overall than you expect initially. The coming year is going to be hectic and perhaps hold more frustration and confusion than you’d like for it to.

The world can’t seem to shake itself loose from Nostradamus predictions, even after 2012 when the world didn’t actually end. Although, to be fair, the Mayans had a little to do with that prediction as well. While many astrologers have been predicting a hopeful future, some choose to believe in Nostradamus, and if you do, I guess it is time to start saying your heartfelt goodbyes.

*Disclaimer: Please know that these are merely predictions, not facts. It is merely speculation.*

For a little background, Michel De Nostradamus was a French philosopher who lives in the 1500s. He left many poetic predictions, 6,338 prophecies to be exact, that some modern day believers contend have foreseen some modern-day tragedies, including Adolf Hitler’s reign, 9/11 and Asteroid passing’s.

Predictions for 2021 are morbid, terrifying and just exhausting after the go we have had at the last year and a half. And, it seems his predictions end with uncertain death. Famine is also on the radar, “After great trouble for humanity, a greater one is prepared, / The Great Mover renews the ages: / Rain, blood, milk, famine, steel and plague, / Is the heavens fire seen, a long spark running.”

Actually, the famine concept is quite likely to happen as even an official from the UN has noted that 2021 could hold ‘famines of biblical proportions.’ His name is David Beasley, and he is the head of WFP. Basically, he said that if they do not get more funding for WFP several famines could be coming forth.

He also predicted many solar storms, “In the sky, one sees fire and a long trail of sparks.”

And whatever you take this as, many are saying it will be a ‘zombie apocolypse’ “Few young people: half−dead to give a start. Dead through spite, he will cause the others to shine, And in an exalted place some great evils to occur: Sad concepts will come to harm each one, Temporal dignified, the Mass to succeed. Fathers and mothers dead of infinite sorrows, Women in mourning, the pestilent she−monster: The Great One to be no more, all the world to end.”

And what is being described as an earthquake destroying ‘lands of the west’ , “The sloping park, great calamity, Through the Lands of the West and Lombardy The fire in the ship, plague, and captivity; Mercury in Sagittarius, Saturn fading.”

Please, take these for what they are, predictions. A shot in the dark while trying to tell the future, we are almost halfway through the year and *knocks on wood* there are no zombies yet.