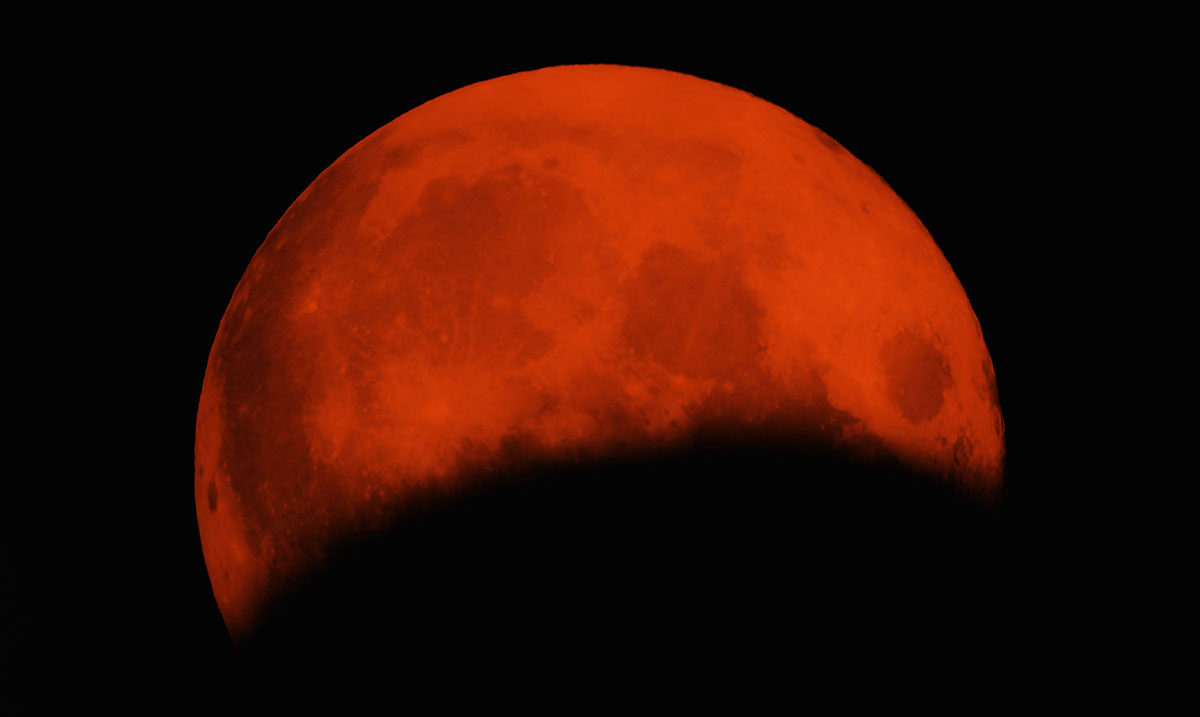 By Harley Manson November 7, 2021 No Comments

On November 18th and 19th, North American will be in the prime viewing position of the longest lunar eclipse of the century. The record for the longest eclipse was in 2018, at 1 hour, 42 minutes, and 57 seconds and this one will be 3 hours and 28 minutes!

The last one to occur was a total lunar eclipse, and while this one won’t be a total eclipse, it will almost be. It will be a part that extends just to a crescent, not being eclipsed. Since this will occur in November, it will also be a frost moon.

According to CBS News, there will be 228 lunar eclipses between 2001 and 2100. Most of these years will have two, but some will have four. “Most eclipses last less than two hours, so the 3 hours, 28 minutes, and 23 seconds the moon will be in partial eclipse far surpasses others.”

EarthSky states that while this will just be partial, “With a just thin sliver of the moon exposed to the direct sun at maximum eclipse, the rest of the moon should take on the characteristically ruddy colors of a total lunar eclipse.”

So, not only will this be the longest, we might as well call it a total. It’s not something to miss, and will be visible to all of North America. If you wait until the next total eclipse to be visible to all of North America, it will be in 2025. Partial eclipses occur more often than total, providing more opportunity to see “little changes in our solar system that sometimes occur right before our eyes,” according to NASA.

And if you do have to miss it- NASA has you covered, they will be live-streaming the entire event!