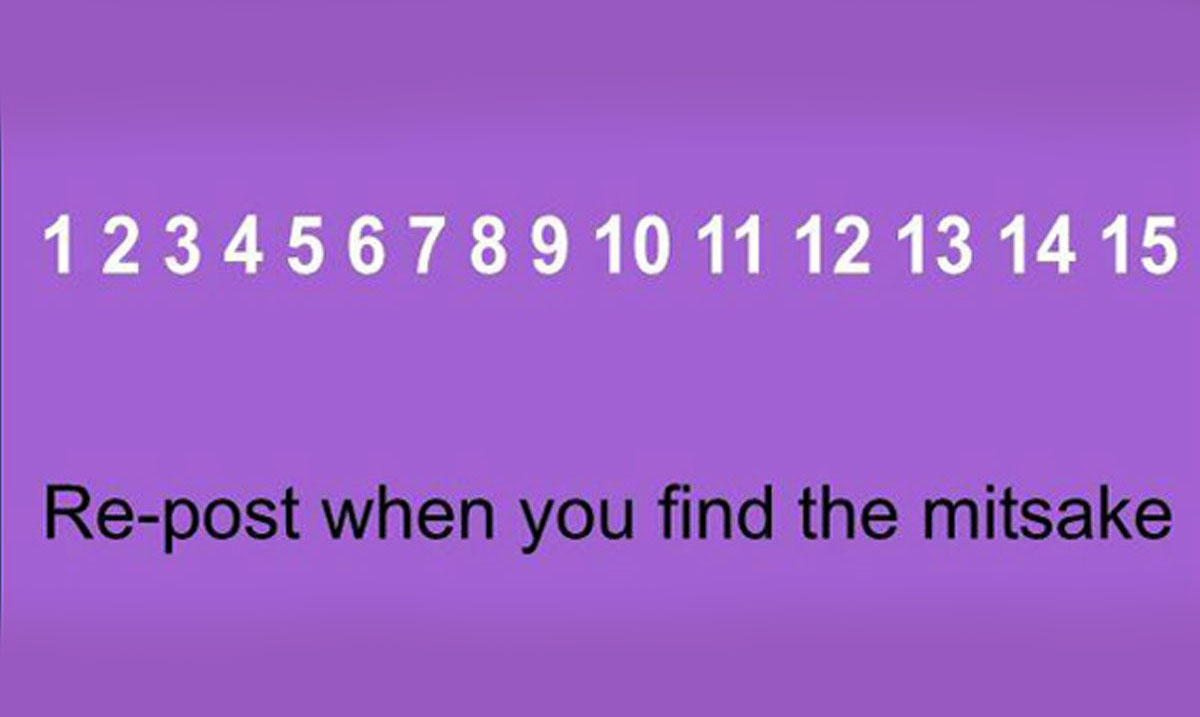 By Gerald Sinclair November 24, 2018 No Comments

While there are always tons of math puzzles and other things of the sort circling online this one is a favorite that always makes its rounds. Sure, finding the mistake might not seem that hard but many are struggling and once you see it, you will never be able to unsee it.

This puzzle asks you to find the mistake and while some are able to see it quickly others spend far more time staring at this one than they should. This brainteaser, in particular, has been viral online since at least 2014 (most likely much longer) and it’s simple yet confusing context really gets people heated. It shows the number 1-15 in sequence and then asks the person to “re-post when you find the mistake” take a look below to check it out. 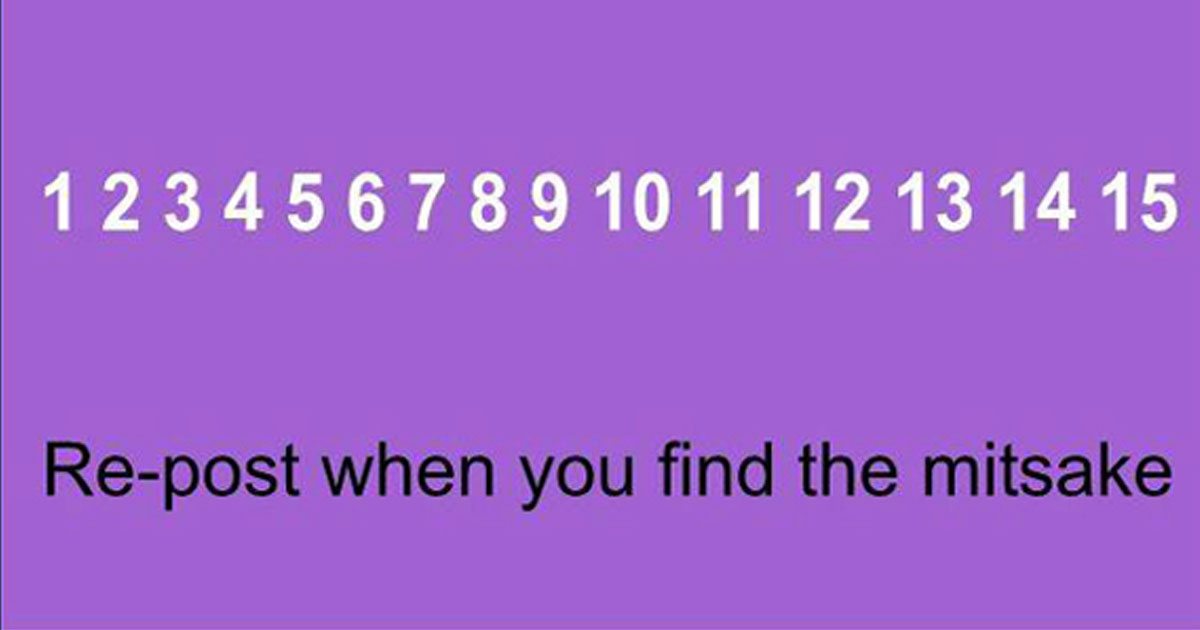 Now, while most people are spending a lot of time obsessing over the numbers they are losing sight of the real mistake here. The mistake itself is literally within the world mistake. Whoever started this one purposefully misspelled the world mistake and swapped the ‘s’ and ‘t’ around. In doing this, a serious stir was created and unless you’re a grammar fiend you probably didn’t notice.

Once people realize this they are kicking themselves in the rear because of how simple and clear the mistake is. It was right under their noses and yet they didn’t even see it. Were you able to spot the mistake on your first try or did it take you a while?

This is very similar to the other popular brainteaser in which it asks us to find the mistake and also shows a number sequence. It has an extra ‘the’ that our brains tend to overlook. Have you seen the one I am referring to before? There are tons of brainteasers and things of the sort online and the more you do them the more you are working on strengthening your mental state.