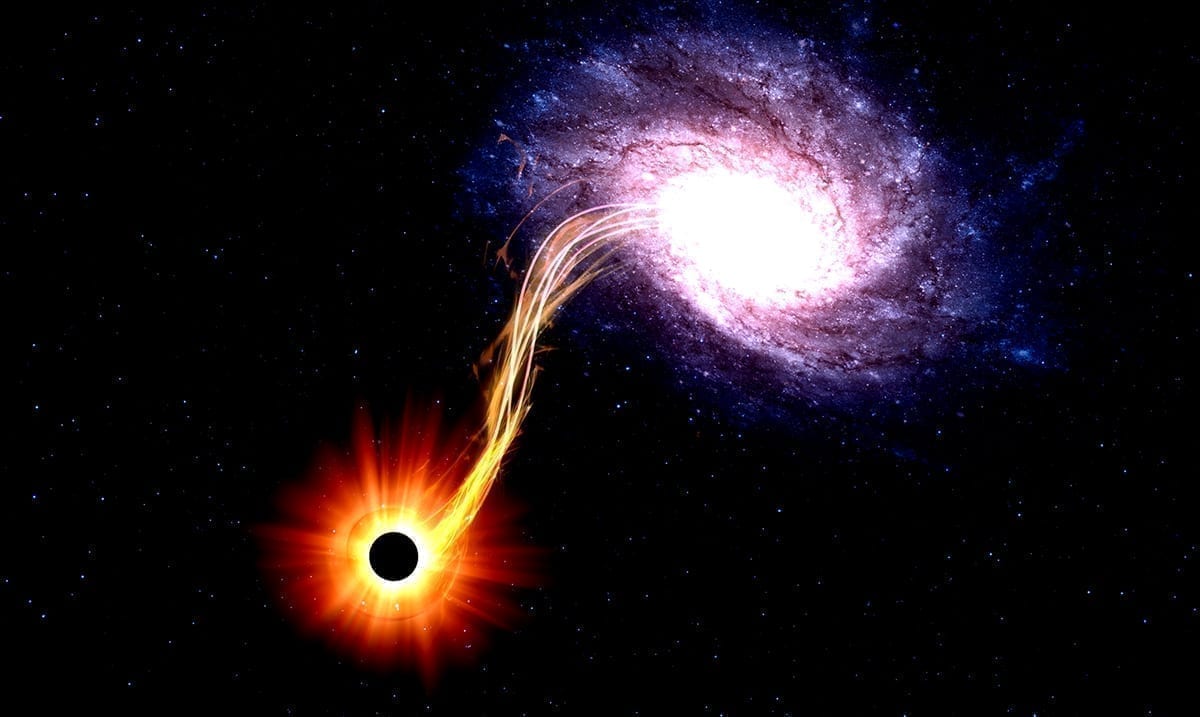 While we don’t know much about black holes, finding one roughly 1,000 light-years from our home planet is a bit concerning. It seems in the southern constellation Telescopium there is something lurking around that most would not expect.

According to Space.com, this specific black hole was discovered by accident. Astronomers were studying what they had assumed was a mere binary star system when they realized the black hole was present. These astronomers happen to be from the ESO (European Southern Observatory) and claim that there could be many more black holes like this one out there in space.

ESO wrote as follows on the topic of these findings:

“We were totally surprised when we realized that this is the first stellar system with a black hole that can be seen with the unaided eye,” says Petr Hadrava, Emeritus Scientist at the Academy of Sciences of the Czech Republic in Prague and co-author of the research. Located in the constellation of Telescopium, the system is so close to us that its stars can be viewed from the southern hemisphere on a dark, clear night without binoculars or a telescope. “This system contains the nearest black hole to Earth that we know of,” says ESO scientist Thomas Rivinius, who led the study published today in Astronomy & Astrophysics.

The team originally observed the system, called HR 6819, as part of a study of double-star systems. However, as they analyzed their observations, they were stunned when they revealed a third, previously undiscovered body in HR 6819: a black hole. The observations with the FEROS spectrograph on the MPG/ESO 2.2-metre telescope at La Silla showed that one of the two visible stars orbits an unseen object every 40 days, while the second star is at a large distance from this inner pair.

Dietrich Baade, Emeritus Astronomer at ESO in Garching and co-author of the study, says: “The observations needed to determine the period of 40 days had to be spread over several months. This was only possible thanks to ESO’s pioneering service-observing scheme under which observations are made by ESO staff on behalf of the scientists needing them.”

The hidden black hole in HR 6819 is one of the very first stellar-mass black holes found that do not interact violently with their environment and, therefore, appear truly black. But the team could spot its presence and calculate its mass by studying the orbit of the star in the inner pair. “An invisible object with a mass at least 4 times that of the Sun can only be a black hole,” concludes Rivinius, who is based in Chile.

Those working on this seem to think that another system known as LB-1 could also be a triple of sorts but of course, more research would need to be done to confirm that according to one of the authors on the paper listed above. This specific black hole is so close that you can see the stars around it with your naked eyes. While you won’t be able to see the black hole itself, if you look for the stars in the HR 6819 system you will find them, and just knowing there is a black hole in that area is quite mind-blowing when gazing at these balls of light.

What do you think about all of this? Just how many black holes are out there in space? I guess as time passes we may begin to learn just how present these dangerous things are and be more capable of truly understanding them.