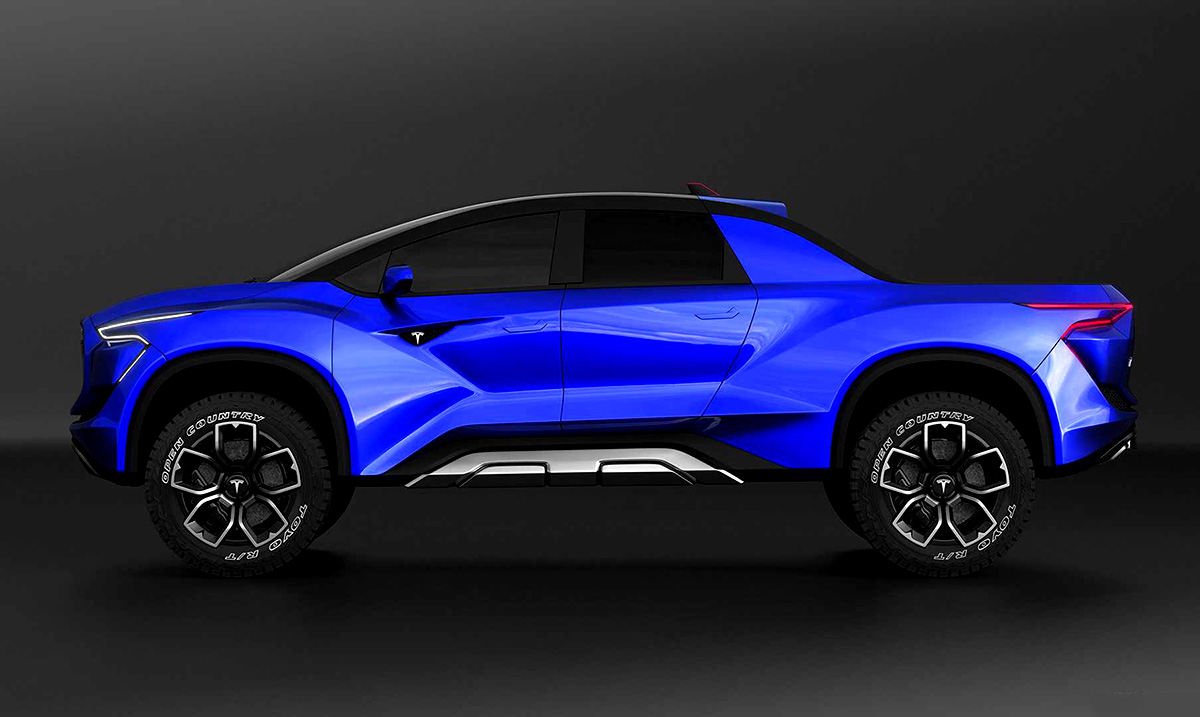 While a lot of people seem to have their own opinions on the appearance of the new Tesla truck there is no denying the uniqueness of it. Interestingly enough, you might be quite shocked to learn that this Tesla is going to be a lot cheaper than expected.

Elon Musk recently revealed the starting price for this interesting vehicle and it is most likely not what you’d expect. Musk told Ryan McCaffrey in his ‘Ride the Lightning podcast’ that the Tesla pickup truck would have a starting price of around $49,000 at most. This meaning the four-wheeled futuristic feeling truck could be all yours for quite a reasonable price. This truck seems to be quite the idea and well on its way to outdo many of the trucks that we all know and love.

Musk says this truck will be better than an F-150 and truly like nothing we’ve experienced before. This truck according to Musk will be ‘incredibly functional’ and while somewhat over the top will be well worth every penny. As you may have noticed Musk has not held back in talking about this intriguing topic. He notes that it will have dual motor, all wheel drive, crazy torque and so much more.

Electrek.co wrote as follows in regards to this truck:

Tesla is planning to unveil its electric pickup later this year and the design of the vehicle is probably the most mysterious than any vehicle in Tesla’s history.

The first teaser of this truck was more than enough to get people talking. Everyone looked at the image you will see below and assumed it was some kind of truck bed, right? But after some time has passed it seems that might not be the case. When it comes to design, Tesla cuts no corners. This being the very first official image of the product it is quite closed off and leaves a lot to the imagination. With the mystery and low price tag that will be attached the Tesla pickup truck has been quite the topic in recent times.

According to CNN as follows reigns true:

Musk did not say to which version of the F-150 he was comparing the Tesla. There are many. Ford F-150 prices vary enormously from $30,000 for a simple work truck to more than $70,000 for roomy, luxurious trucks with powerful engines. Ford has also said it will make its own all-electric version of the F-150.

Even at less than $50,000, the Tesla (TSLA) pickup would still cost more than the average truck. The average price paid for a pickup in America last month was about $37,000, according to the auto web site KBB.com.

The design of the Tesla pickup may be off-putting to many, Musk said.

About a minute in, we flashed a teaser pic of Tesla cyberpunk truck pic.twitter.com/hLsGsdyuGA

Sure, just this image alone raises a lot of questions but it is quite clear there is a lot more that goes into creating these kinds of things than we could ever completely wrap our heads around. With automatic parallel parking and sonar, this 50 thousand dollar truck isn’t something you’ll want to pass up. For more information on this peculiar futuristic vehicle please check out the videos below. Would you ever get behind the wheel of one of these things?