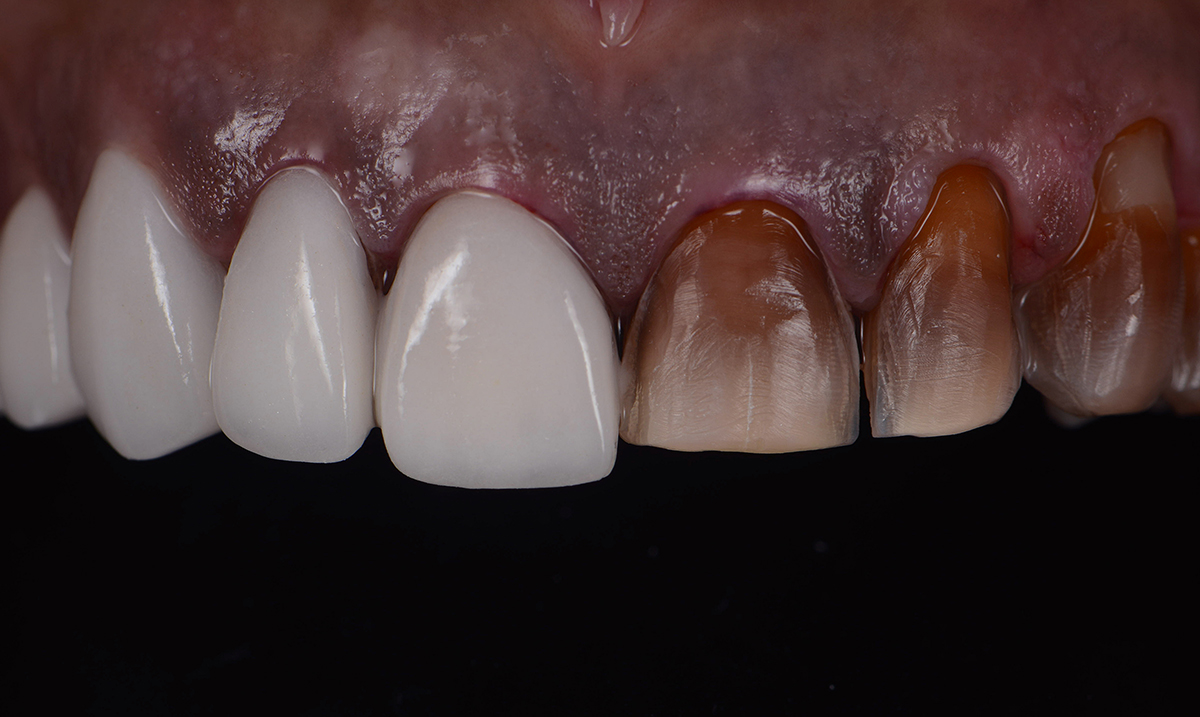 New Synthetic Tooth Enamel That Is Stronger Than Real Teeth

Tooth enamel is the outer layer of our teeth that keeps them shining and strong. As we get older, the enamel naturally wears down due to diet, hard brushing, teeth clenching, and other versions of dental wear and tear.

For quite some time, scientists have been battling to create a synthetic version of enamel to help those who lose theirs. Unfortunately, they have come up dry until now.

A team of chemical and structural engineers recently set out to invent something that would work similar to enamel, and came up with a material that mimics the same fundamental properties of enamel. Their material is strong and elastic, and could even be used to help fix fractured bones.

A study based on this work was published recently in the journal Science. You carry the same set of teeth for 60 years, or maybe even more,” says Nicholas Kotov, a chemical engineer from the University of Michigan and co-author of the study.

“So it’s an enormous chemical and mechanical stress.”

And while bone can regenerate, enamel does not.

During their study, they worked to mimic enamels’ powerful benefits. To do this, they built a new material from hydroxyapatite, which is actually a part of real enamel in our natural body.

They built wires using this material and then encased them in a malleable metal-based coating.

“Imagine a pack of pencils when you hold them together,” explained Janet Moradian-Oldak, a biochemist from the University of Southern California. The artificial enamel creation is similar to this and similarly provides a strong structure.

What they found was that this artificial construct was actually stronger than real tooth enamel.

For now, they are working with the functionality and structure of their synthetic enamel, and hope that one day, in addition to dental work it could be used to create stronger pacemakers or to possibly help those with osteoporosis.

In addition to working on the structure, the synthetic enamel would also need to be more affordable and more easily mass-produced.

“I’m impressed with the approach that they use,” Moradian-Oldak says. “The question is, how practical is it?”

According to Scientific America, Kotav says that he and his team would like to have the synthetic enamel readily available in a few years, but he isn’t making any sure projections. “It’s very difficult to predict anything—especially the future.”