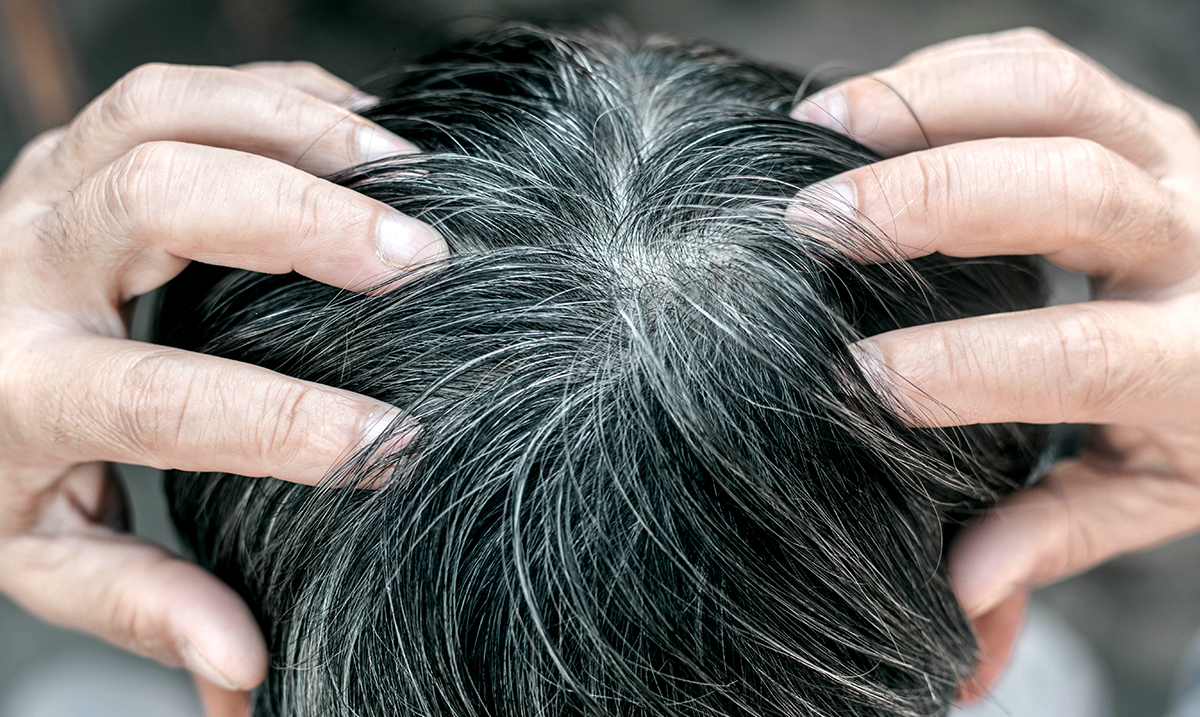 By Harley MansonMarch 12, 2022No Comments

When most of us think about gray hair, we think of old age, or even genes being the root cause of the transition from normal to gray hair. However, in a recent study, scientists observed a strong link between stress and gray hair.

The color of our hair is determined by pigment-producing cells known as melanocytes. The new melanocytes in our hair come from melanocyte stem cells that live in our hair follicle at the base of the hair strange.

Through the process of aging, these cells are depleted and eventually disappear. In turn, our hair turns from our normal shade to gray.

In this study, though, which was carried out by researchers at Harvard University, scientists found that there could be another cause for the depletion of these stem cells: stress.

Led by Dr. Ya-Chieh Hsu, the researchers used mice to observe the links between stress and gray hair. To do this, they exposed the mice to three types of stress, consisting of mild, short-term pain, psychological stress, and restricted movement.

What they found, was that there was a major decrease in the stem cells, which caused the graying of their hair to increase.

At that point, they decided to dive deeper, to see why stress had caused premature graying. To do this, they observed the immune system.

In their observations, they discovered that norepinephrine played a significant role in this process. Once they injected the mice with noradrenaline, there was a noticeable decrease in melanocyte cells, which in turn increased gray hair.

Put simply, the nerves in our sympathetic nervous system, which is responsible for our body’s fight or flight response, can be found throughout our body, even in our hair follicles. When we are under immense stress, so much that we are constantly in fight or flight mode, it can cause severe and permanent damage to our hair color.

“When we started to study this, I expected that stress was bad for the body—but the detrimental impact of stress that we discovered was beyond what I imagined,” explained Hsu. “After just a few days, all of the melanocyte stem cells were lost. Once they’re gone, you can’t regenerate pigments anymore. The damage is permanent.”