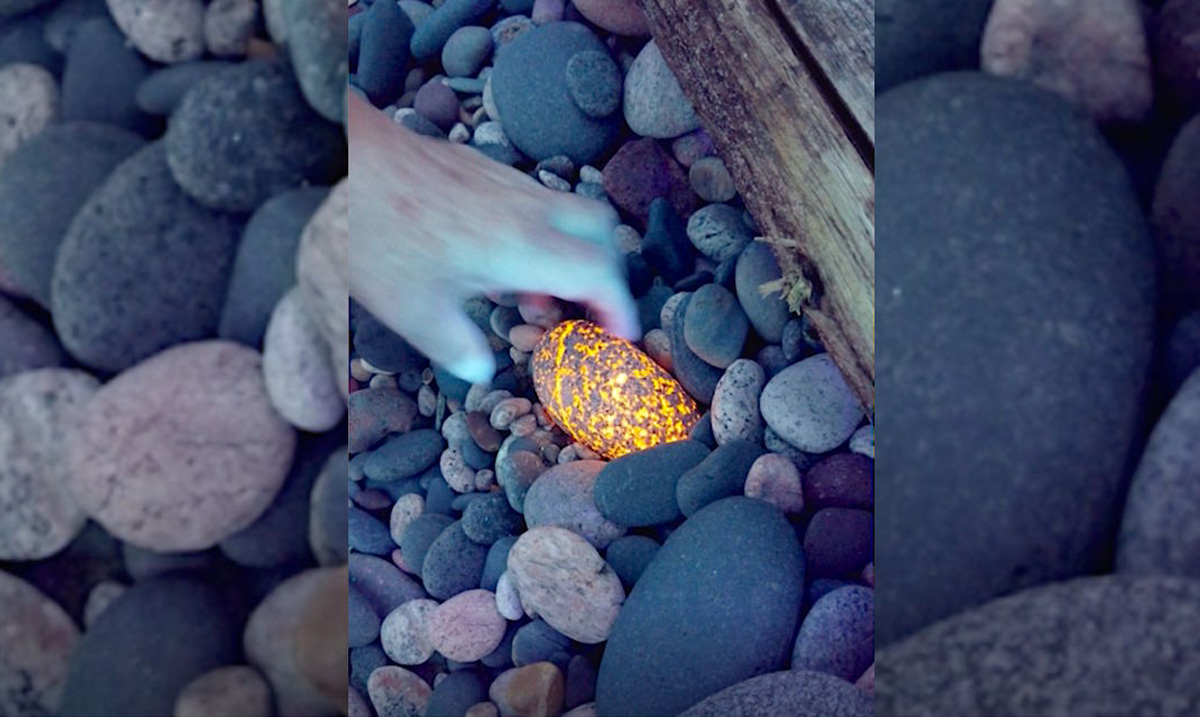 We find some pretty interesting things in this world even now. While we think we know it all, there is so much still to be discovered in this strange and crazy world we call home.

Erik Rintamaki discovered something quite peculiar about a year ago and many people are just now finding out about it. He has named these rocks “Yooperlites” and they are quite amazing in many ways. Several universities have looked at these rocks and it was determined that they are syenite clasts containing fluorescent sodalite. Because of the things within these rocks, they glow under UV light/blacklight.

The sodalite within these stones gives them their yellowish and orange glowing veins. This is according to MTU the first documented sodalites found within the state of Michigan itself. It is thought that perhaps they made their way here from Canada through continental glaciation.

Now that this discovery has been made, Erik spends a lot of his time collecting and selling these Yooperlites online. He also offers tours to those coming through so that they can discover their own Yooperlites. A quick search on Youtube will provide you will a lot of examples of this.

Erik found his first Yooperlites on a beach in Lake Superior and from there he has found far more than you might ever expect. Many people online seem to be obsessed with them and honestly, how could you not be? On the surface without the proper lighting, they look like normal gray rocks but there is much more to them than you might think just passing by.

What do you think? Would you buy one of these cute stones? Do you think they are as unique as they appear?