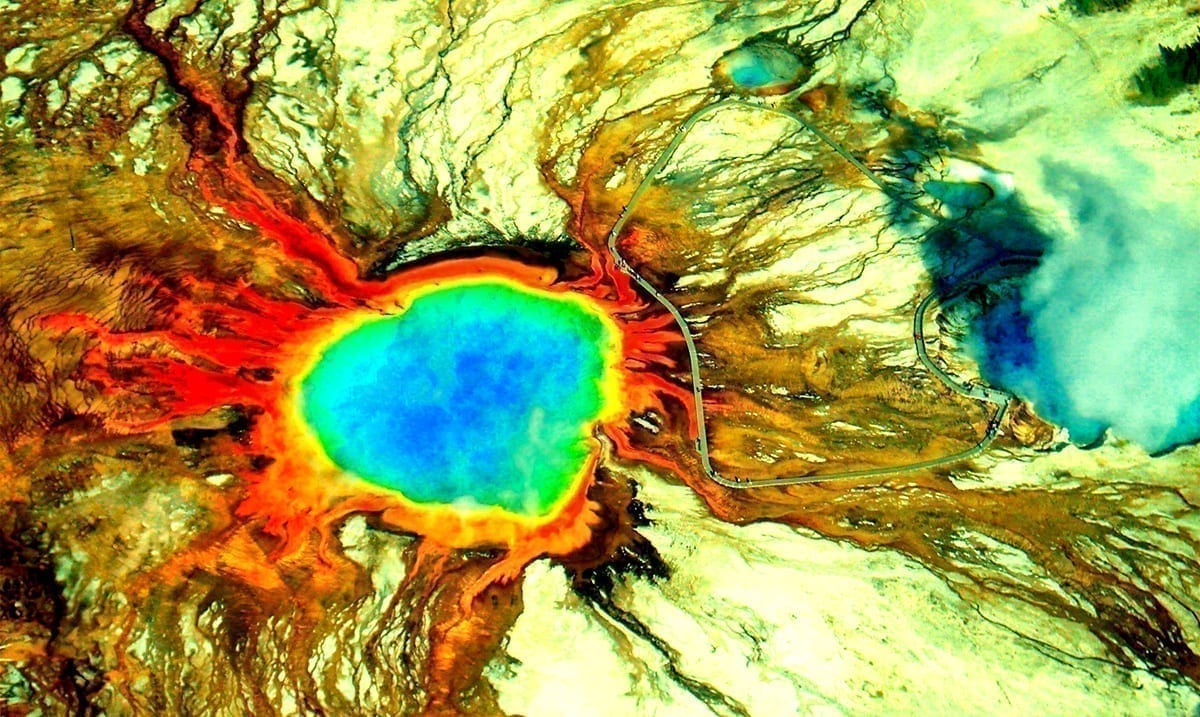 It seems some new discoveries have come to light that change the history of Yellowstone in a sense. While it might not sound like much, it’s a huge find.

Researchers have recently reported that two newly identified super-eruptions were associated with the Yellowstone ‘hotspot track.’ This for those who may not be aware seems to indicate that the hotspot itself is waning rather than ramping up as some previously had thought. While this as a whole is a bit confusing, stay with me.

“The younger of the two, the Grey’s Landing super-eruption, is now the largest recorded event of the entire Snake-River-Yellowstone volcanic province,” says Knott. Based on the most recent collations of super-eruption sizes, he adds, “It is one of the top five eruptions of all time.”

The team, which also includes researchers from the British Geological Survey and the University of California, Santa Cruz, estimates the Grey’s Landing super-eruption was 30% larger than the previous record-holder (the well-known Huckleberry Ridge Tuff) and had devastating local and global effects. “The Grey’s Landing eruption enamelled an area the size of New Jersey in searing-hot volcanic glass that instantly sterilized the land surface,” says Knott. Anything located within this region, he says, would have been buried and most likely vaporized during the eruption. “Particulates would have choked the stratosphere,” adds Knott, “raining fine ash over the entire United States and gradually encompassing the globe.”

By comparison, Knott says, two super-eruptions have — so far — taken place in what is now Yellowstone National Park during the past three million years. “It therefore seems that the Yellowstone hotspot has experienced a three-fold decrease in its capacity to produce super-eruption events,” says Knott. “This is a very significant decline.”

While we already knew the chances of an eruption were low, this could suggest they are even lower than thought. That being said, they don’t change much in that regard if anything at all statistically. Rather than there having been a bunch of smaller eruptions, it seems there were actually just two large ones in this sense. These findings bring together research and connects a lot of dots.

It seems super-eruptions like those are getting less and less common even if spanning so many years apart as is. While we shouldn’t be prepared for a cataclysmic event it is good news in a sense. These findings were published in the journal Geology and are well worth looking over if you have the time.

The abstract for this goes as follows:

Super-eruptions are amongst the most extreme events to affect Earth’s surface, but too few examples are known to assess their global role in crustal processes and environmental impact. We demonstrate a robust approach to recognize them at one of the best-preserved intraplate large igneous provinces, leading to the discovery of two new super-eruptions. Each generated huge and unusually hot pyroclastic density currents that sterilized extensive tracts of Idaho and Nevada in the United States. The ca. 8.99 Ma McMullen Creek eruption was magnitude 8.6, larger than the last two major eruptions at Yellowstone (Wyoming). Its volume exceeds 1700 km3, covering ≥12,000 km2. The ca. 8.72 Ma Grey’s Landing eruption was even larger, at magnitude of 8.8 and volume of ≥2800 km3. It covers ≥23,000 km2 and is the largest and hottest documented eruption from the Yellowstone hotspot. The discoveries show the effectiveness of distinguishing and tracing vast deposit sheets by combining trace-element chemistry and mineral compositions with field and paleomagnetic characterization. This approach should lead to more discoveries and size estimates, here and at other provinces. It has increased the number of known super-eruptions from the Yellowstone hotspot, shows that the temporal framework of the magmatic province needs revision, and suggests that the hotspot may be waning.

What do you think about all of this? I for one think it’s amazing how much we’re able to learn these days. Things truly are progressing drastically as time passes.