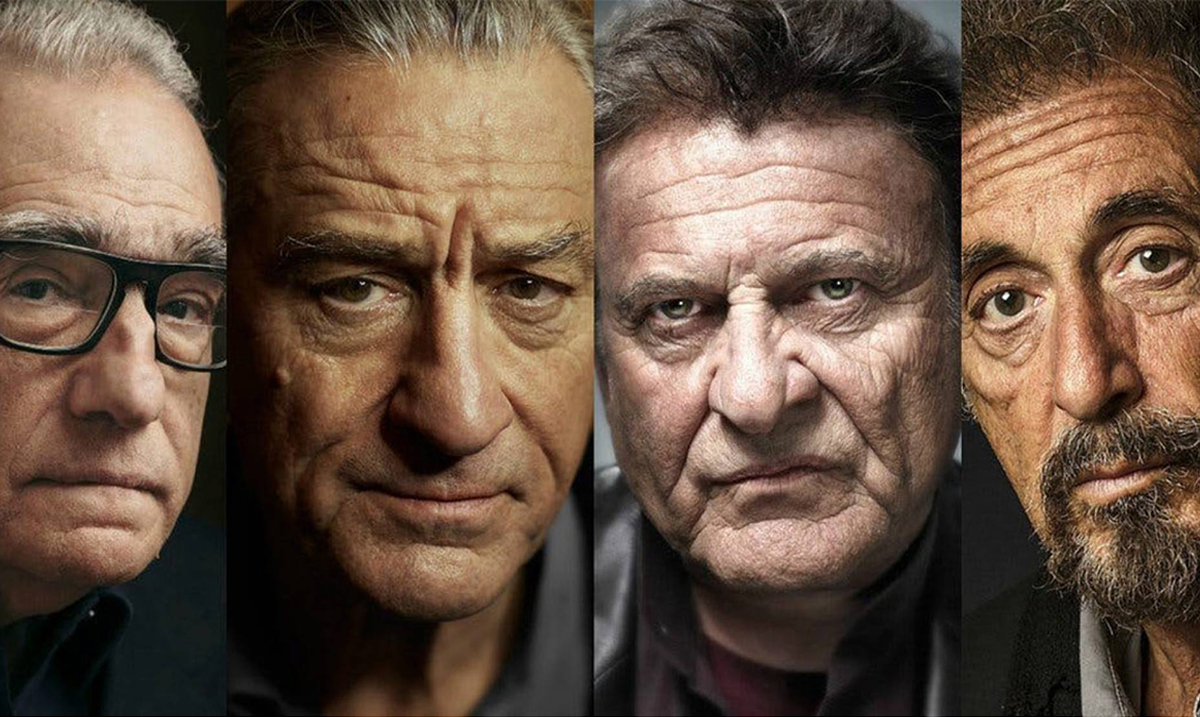 By Gerald Sinclair November 22, 2018 No Comments

Back in 2017 Netflix dished out 105 million dollars to bring together some of the world’s greatest actors. When they purchased the rights to ‘The Irishman’ they knew exactly what they were doing.

This Film basically tells the story of mob hitman Frank Sheeran who is being played by Robert De Niro. It has been directed by Martin Scorsese and was wrapped back in March. The film was based on Charles Brandt’s novel I Heard You Paint Houses and goes over how Sheeran allegedly on his deathbed committed the unsolved murder of American Teamster union leader Jimmy Hoffa who Al Pachino was cast as. According to Daily Mail, this will be Pacino’s first ever film with De Niro and the two seem as if they will do extremely well together on screen.

Another big face you will be seeing in this film is Harvey Keitel. This film could easily be the most anticipated film of the decade as many are waiting on edge for its release. This will be the first collaboration between Scorsese and De Niro since back in 1995 and should play out amazingly. Netflix was quite lucky in picking this one up as Paramount Pictures initially had it going but dropped out for a number of reasons.

While not a lot of details have been given we can all agree that it will be an interesting film. With a wide range of big names and a price tag like that under its wing, we all seem to have high hopes. According to The Independent, The Irishman will have around 300 scenes and took a lot of careful planning to really get right.

The Independent reported as follows in regards to this film:

According to industry sources, they agreed to Scorsese’s demand that The Irishman be given a cinema release before it’s streamed: up to now, it has been standard practice for Netflix-produced movies to bypass the cinemas altogether, or else release and stream on the same day. They’ve apparently given Scorsese’s film a two-week pre-streaming window, but it remains to be seen how many territories The Irishman will actually get a cinema release.

There’s a strong possibility, in fact, that the film will only get a pre-streaming release in China, due to the fact that a production company called STX retains distribution rights to The Irishman there, in a territory where Netflix does not currently operate. This would raise yet another irony in Scorsese’s involvement with Netflix: back in 1997, Chinese authorities banned his film Kundun, which was based on the writings of the Dalai Lama and was strongly critical of China’s occupation of Tibet.

Netflix, however, won’t be too worried about all that, and may even be hoping that Scorsese will be the wooden horse that finally gets them accepted into the closed club that is the Cannes Film Festival.

What do you think, will you be taking the time to check out this film? I for one have been quite excited for some time now about it’s coming out. While it’s not quite out yet, we are well on our way.