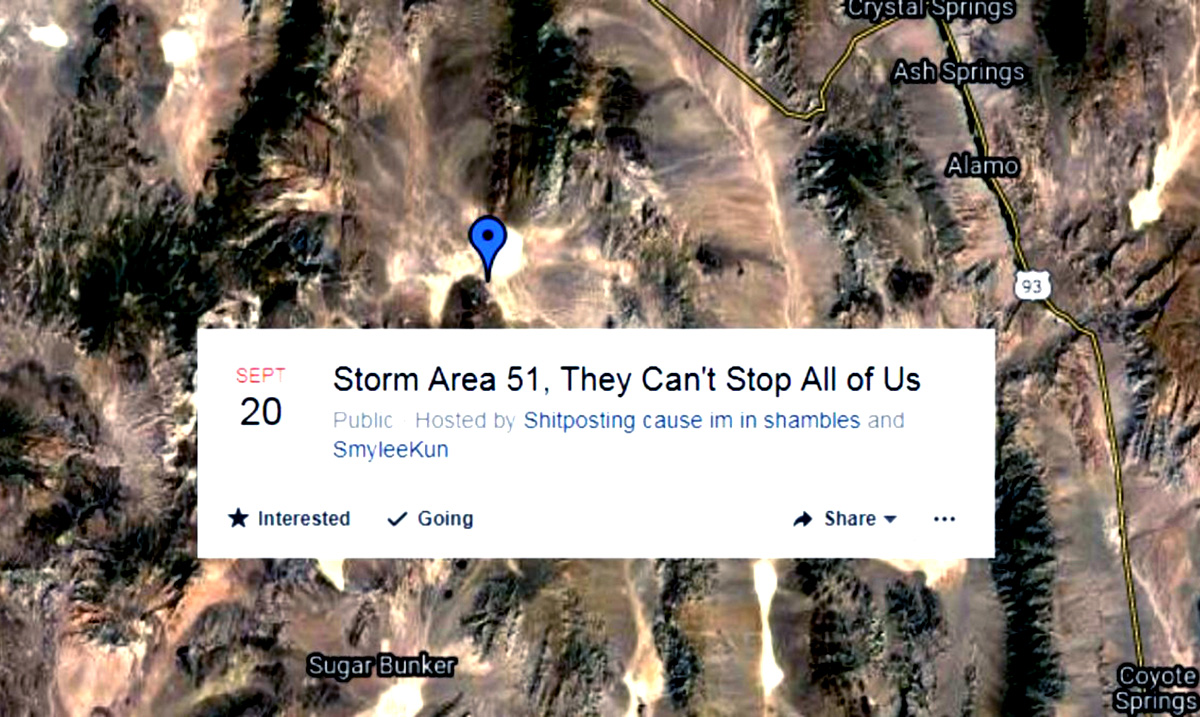 Chances are by now you have seen the memes about those planning to ‘storm Area 51’ or perhaps even noticed the Facebook event’s page. This is something that has gone viral quickly and is earning a lot of attention from all areas.

Now, for those who do not know Area 51 is a secret military base that was until just several years ago not even confirmed by the US government to exist. This location in itself has been for quite some time now the topic of discussion whenever anyone mentions aliens or the study of UFOs. Many people for decades on end have thought that this specific base was home to aliens that the US government had captured and is doing tests on.

On the event’s Facebook page at least seven hundred thousand people have marked themselves as ‘going’ and over six hundred thousand as ‘interested.’ That being said, we highly doubt anywhere near that number of people will actually show as most who marked anything at all were probably doing-so as a joke.

The ‘details’ section on this page says something along the lines of “We will all meet up at the Area 51 Alien Center tourist attraction and coordinate our entry. If we Naruto run, we can move faster than their bullets. Let’s see them, aliens.” It is set to take place on September 20th at three am to six am PDT. Some people are taking it for what it is and making quite the joke out of it and others are quite adamant about this being something that is needed to show the government that ‘if we stand coordinated together we can do the impossible.’

One guy who came up with quite the game plan in regards to moving forward actually ended up editing his post to include that he was merely joking and that he didn’t want any trouble from the US government, his post was as follows:

Ok, guys, I feel like we need to formulate a game plan, I’ve put together this easy to follow diagram here for a proposed plan.

The basic idea is that the Kyles form the front line if we feed them enough psilocybin and monster energy and say that anyone in camouflage is their stepdad, and the entire base is made of drywall then they will go berserk and become an impenetrable wall.

Then the Rock Throwers will throw pebbles at the inevitable resistance (we don’t want to hurt them, we just want to annoy them enough to not shoot the kyles as often)

While this is all happening, the two naruto runner battallions will run full speed around the north and south flank, and shadow clone jutsu, effectively tripling our numbers, and overwhelm the base (red circle).

P.S. Hello US government, this is a joke, and I do not actually intend to go ahead with this plan. I just thought it would be funny and get me some thumbsy uppies on the internet. I’m not responsible if people decide to actually storm area 51 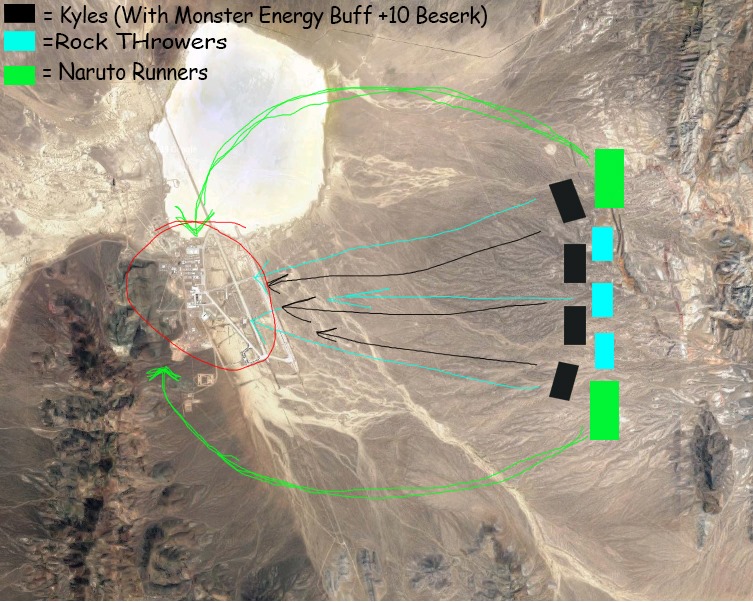 With that post, he included this diagram which is if you ask us, pure gold as you can see above. Do you think anything will come of this? I for one cannot wait to see how many people actually show up and whether or not the government takes the concept itself as a threat. When it comes to facing things like this, you’re better safe than sorry. Storming Area 51 sounds like one of the worst ideas to boot and some people really need to realize that.

For some interesting information on Area 51 please feel free to check out the video below. It is one of the most mysterious and fascinating places in this world but will surely remain that way for good. Those wishing to storm the location don’t stand a chance.