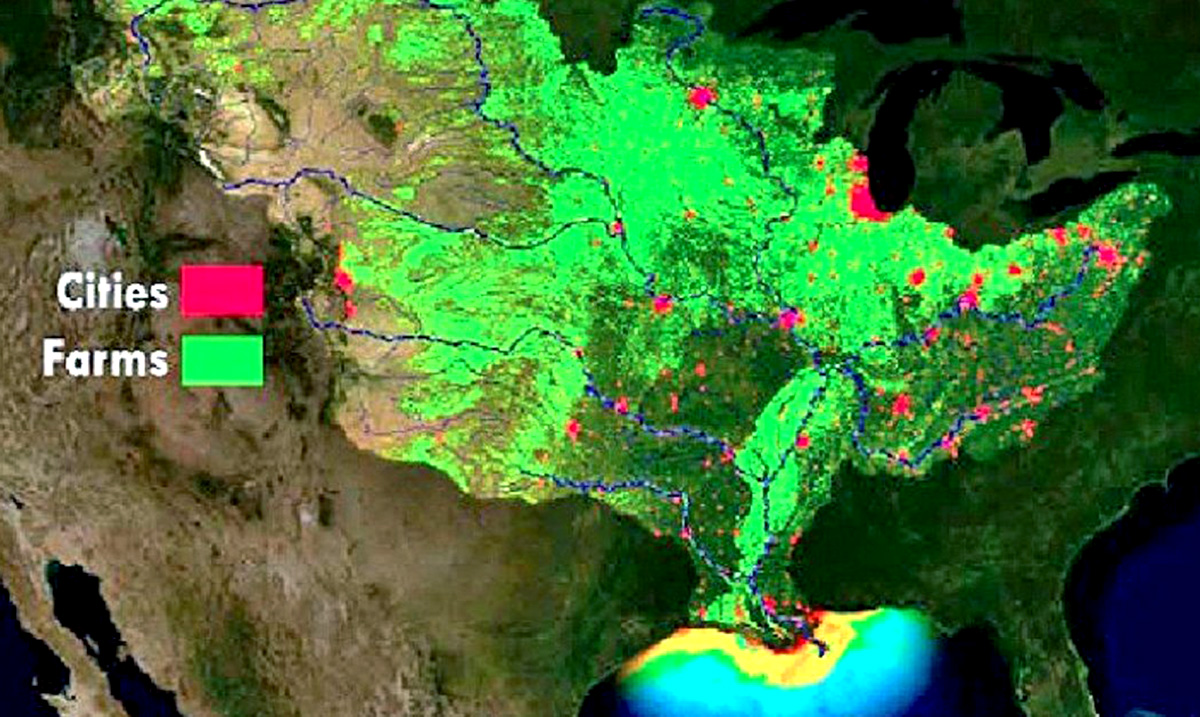 Scientists are now predicting the occurrence of a near-record death zone in the Gulf of Mexico. If you didn’t know, a death zone is an area that has so little oxygen that it is unable to sustain life.

“A major factor contributing to the large dead zone this year is the abnormally high amount of spring rainfall in many parts of the Mississippi River watershed,” the National Oceanic and Atmospheric Administration said in a news release Monday.

It also stated that record amounts of water containing fertilizer and other nutrients have now followed the rainfall. And while dead-zones are nothing new, this years will span around 8,717 square miles, which is an area that is roughly the size of New Hampshire. On average, the Gulf Death zone is around 5,309. But the record is around 8,776.

When the area at the bottom of the water is unable to sustain life due to a lack of oxygen, it is referred to as a dead zone. Often created when nutrients run off into the ocean, much of this is due to the over-application of fertilizer on agriculture during the spring.

While this year’s zone will be larger than usual because of the flooding, the long-term trend is still not changing,” University of Michigan aquatic ecologist Don Scavia, professor emeritus at the School for Environment and Sustainability, said in a news release. “The bottom line is that we will never reach the dead zone reduction target of 1,900 square miles until more serious actions are taken to reduce the loss of Midwest fertilizers into the Mississippi River system.”