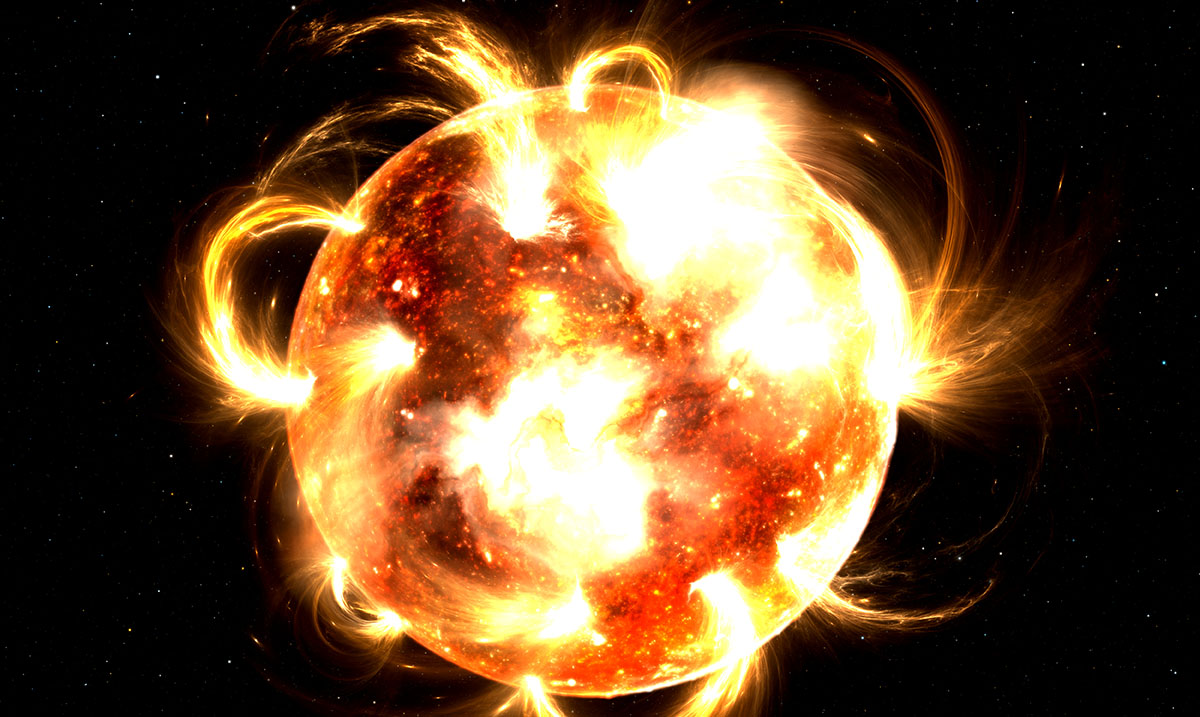 NASA’s SDO Sees Magnetic Explosion Unlike Anything Ever Seen

By Gerald Sinclair December 18, 2019 No Comments

In recent times it seems something pretty interesting has happened on the Sun itself. Sure, explosions are observed quite frequently but this was new for a number of reasons and is quite mind-blowing.

According to NASA, a magnetic explosion has been observed recently that ‘the likes of which have never been seen before.’ Basically, a large loop of material launched by an eruption on the solar surface stated falling back to the surface of the Sun. However, before it could make it, magnetic lines sparked an explosion. While this might sound a bit crazy to picture in your own mind, footage of it was caught and is quite the sight.

While this process has happened before the eruption that triggered it this time has never been associated before in this manner. Because of this, we are able to learn more about the Sun and how these things occur. Who knows what information could stem forth from this event alone?

In regards to all of this Abhishek Srivastava a solar scientist at the Indian Insitute of Technology said as follows according to NASA’s website:

“This was the first observation of an external driver of magnetic reconnection,”

“This could be very useful for understanding other systems. For example, Earth’s and planetary magnetospheres, other magnetized plasma sources, including experiments at laboratory scales where plasma is highly diffusive and very hard to control.”

“Our thought is that forced reconnection is everywhere.”

“But we have to continue to observe it, to quantify it, if we want to prove that.”

This observation as a whole was monumental and allowed those watching to see the forced reconnection event itself. It was something that those at NASA’s Solar Dynamics Observatory believe is quite crucial in understanding things further and with good reason. This in itself could be the confirmation needed for what has been referred to as a ‘decade-old theory.’

NASA wrote as follows in regards to this event on their website:

Spontaneous reconnection offers one explanation for how hot the solar atmosphere is — mysteriously, the corona is millions of degrees hotter than lower atmospheric layers, a conundrum that has led solar scientists for decades to search for what mechanism is driving that heat. The scientists looked at multiple ultraviolet wavelengths to calculate the temperature of the plasma during and following the reconnection event. The data showed that the prominence, which was fairly cool relative to the blistering corona, gained heat after the event. This suggests forced reconnection might be one way the corona is heated locally. Spontaneous reconnection also can heat plasma, but forced reconnection seems to be a much more effective heater — raising the temperature of the plasma quicker, higher, and in a more controlled manner.

While a prominence was the driver behind this reconnection event, other solar eruptions like flares and coronal mass ejections, could also cause forced reconnection. Since these eruptions drive space weather — the bursts of solar radiation that can damage satellites around Earth — understanding forced reconnection can help modelers better predict when disruptive high-energy charged particles might come speeding at Earth.

Understanding how magnetic reconnection can be forced in a controlled way may also help plasma physicists reproduce reconnection in the lab. This is ultimately useful in the field of laboratory plasma to control and stabilize them.

From here the scientists involved will be looking for more instances of this event and work to see just what can be found. As time passes and more are found it could be possible to truly understand the workings behind this whole thing. While lots more research will need to be carried out this is a big step towards true perception in regards.

To see this event for yourself and learn more about it please check out the video below. What do you think about all of this? I for one think it is extremely fascinating.