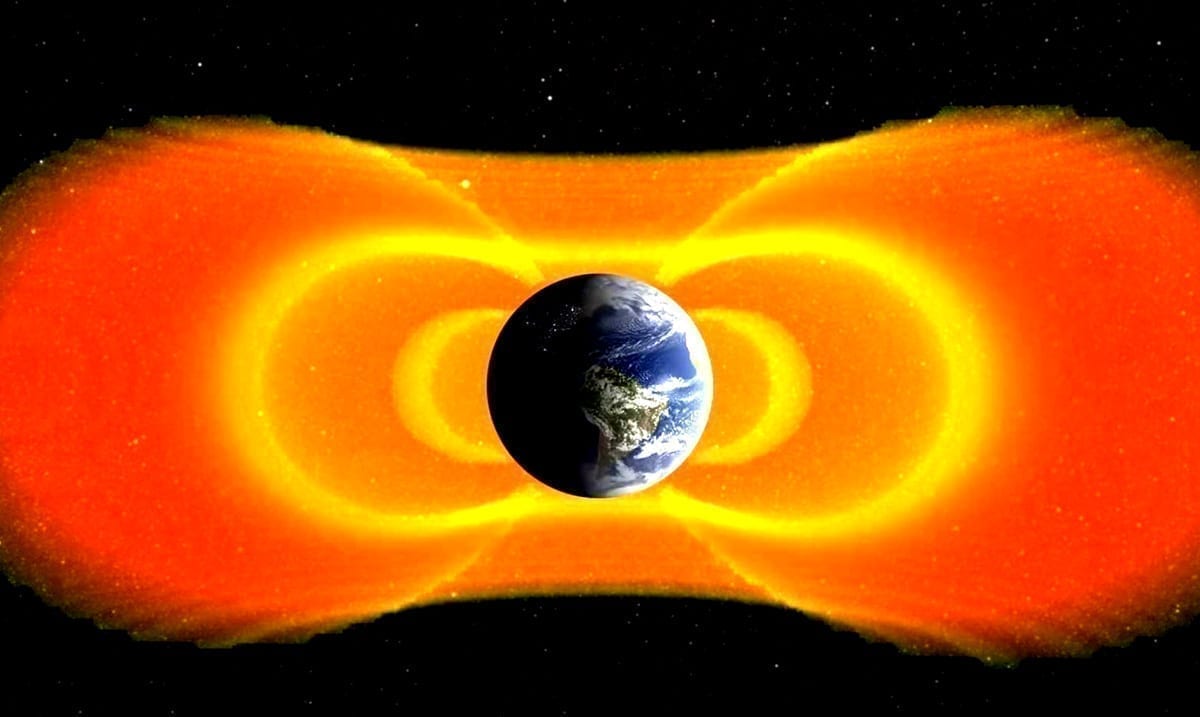 The South Atlantic Anomaly seems to be some kind of dent in the magnetic field of our planet and well, it’s far more interesting than it sounds offhand. This peculiar weak spot seems to affect satellites and well, as NASA tracks it, it’s getting more and more worth watching.

The South Atlantic Anomaly is an area in which the strength of our planet’s magnetic field has been dipping. It’s shrunk quite quickly throughout the years and has even moved a bit westward according to Sky News. Because our magnetic field acts as a protective shield, the fact that this spot in itself is going through so much is quite alarming for a lot of reasons.

NASA wrote as follows on the SAA:

The South Atlantic Anomaly is also of interest to NASA’s Earth scientists who monitor the changes in magnetic field strength there, both for how such changes affect Earth’s atmosphere and as an indicator of what’s happening to Earth’s magnetic fields, deep inside the globe.

Currently, the SAA creates no visible impacts on daily life on the surface. However, recent observations and forecasts show that the region is expanding westward and continuing to weaken in intensity. It is also splitting – recent data shows the anomaly’s valley, or region of minimum field strength, has split into two lobes, creating additional challenges for satellite missions.

A host of NASA scientists in geomagnetic, geophysics, and heliophysics research groups observe and model the SAA, to monitor and predict future changes – and help prepare for future challenges to satellites and humans in space.

The South Atlantic Anomaly arises from two features of Earth’s core: The tilt of its magnetic axis, and the flow of molten metals within its outer core.

Earth is a bit like a bar magnet, with north and south poles that represent opposing magnetic polarities and invisible magnetic field lines encircling the planet between them. But unlike a bar magnet, the core magnetic field is not perfectly aligned through the globe, nor is it perfectly stable. That’s because the field originates from Earth’s outer core: molten, iron-rich and in vigorous motion 1800 miles below the surface. These churning metals act like a massive generator, called the geodynamo, creating electric currents that produce the magnetic field.

As the core motion changes over time, due to complex geodynamic conditions within the core and at the boundary with the solid mantle up above, the magnetic field fluctuates in space and time too. These dynamical processes in the core ripple outward to the magnetic field surrounding the planet, generating the SAA and other features in the near-Earth environment – including the tilt and drift of the magnetic poles, which are moving over time. These evolutions in the field, which happen on a similar time scale to the convection of metals in the outer core, provide scientists with new clues to help them unravel the core dynamics that drive the geodynamo.

“The magnetic field is actually a superposition of fields from many current sources,” said Terry Sabaka, a geophysicist at NASA’s Goddard Space Flight Center in Greenbelt, Maryland. Regions outside of the solid Earth also contribute to the observed magnetic field. However, he said, the bulk of the field comes from the core.

The forces in the core and the tilt of the magnetic axis together produce the anomaly, the area of weaker magnetism – allowing charged particles trapped in Earth’s magnetic field to dip closer to the surface.

While we don’t know a lot about this specific spot, as time passes we are learning more and more in regard. Of course, more research needs to be done, and observing this in itself is quite important but we don’t know how this will progress as time continues to pass. This weakness, however, could in time pose a serious risk to us all.

Sky News reported as follows on this anomaly:

Over the past five years, a second centre of minimum intensity has developed southwest of Africa, which researchers believe indicates that the anomaly could split into two separate cells.

The weakness could expose the planet to danger, as the Earth’s magnetic field repels and traps dangerous solar radiation, but this weak spot means that these particles are dipping closer and closer to the surface.

What do you think about all of this? While we do need to work to understand how this anomaly is changing what will we find out? Will this help us better understand the planet we call our home? To learn more about all of this take a look at the video below.