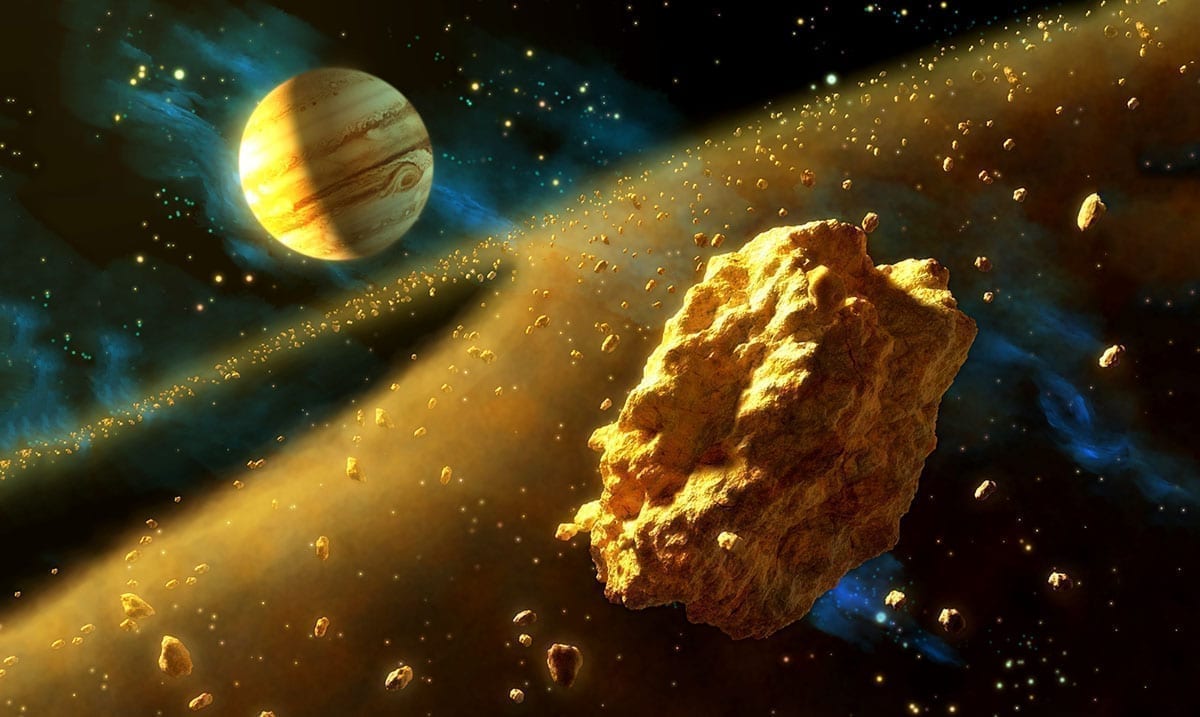 For a while, now news of the asteroid Psyche 16 or 16 Psyche has been circulating and with good reason. This asteroid is worth a lot of money.

NASA in recent times has noted that they are going to be building something to send out to this asteroid and while they’re not planning on bringing anything back from it, the fact that they want to visit it is monumental. The robot they’re working on that will do exactly that is being referred to as ‘Psyche’ and well, it could accomplish a lot. For those who do not know this asteroid itself is 140 miles wide and not necessarily close to us.

NASA broke this mission down on their website as follows:

The Psyche mission is a journey to a unique metal asteroid orbiting the Sun between Mars and Jupiter. What makes the asteroid Psyche unique is that it appears to be the exposed nickel-iron core of an early planet, one of the building blocks of our solar system.

Deep within rocky, terrestrial planets – including Earth – scientists infer the presence of metallic cores, but these lie unreachably far below the planets’ rocky mantles and crusts. Because we cannot see or measure Earth’s core directly, Psyche offers a unique window into the violent history of collisions and accretion that created terrestrial planets.

The mission is led by Arizona State University. NASA’s Jet Propulsion Laboratory is responsible for mission management, operations, and navigation. The spacecraft’s solar-electric propulsion chassis will be built by Maxar (formerly SSL) with a payload that includes an imager, magnetometer, and a gamma-ray spectrometer.

Through this mission in itself, those working on it will be able to find new things about this unexplored asteroid and perhaps even how planets form in a sense. The more we look into things like this the more we are able to find, that much no one can deny. This rock is very interesting because instead of being made up of ice or things of that sort, it’s metal.

NASA also wrote as follows on the asteroid itself breaking down what it is:

One of the most intriguing targets in the main asteroid belt, 16 Psyche is a giant metal asteroid, about three times farther away from the sun than is the Earth. Its average diameter is about 140 miles (226 kilometers) — about one-sixteenth the diameter of Earth’s Moon or about the distance between Los Angeles and San Diego. Unlike most other asteroids that are rocky or icy bodies, scientists think the M-type (metallic) asteroid 16 Psyche is comprised mostly of metallic iron and nickel similar to Earth’s core. Scientists wonder whether Psyche could be an exposed core of an early planet, maybe as large as Mars, that lost its rocky outer layers due to a number of violent collisions billions of years ago.

Astronomers on Earth have studied 16 Psyche in visible and infrared wavelengths, as well as radar, which suggest Psyche is shaped somewhat like a potato. Observations indicate that its dimensions are 173 miles by 144 miles, by 117 miles (that’s 279, 232 and 189 kilometers, respectively). Psyche orbits the Sun between the orbits of Mars and Jupiter at a distance ranging from 235 million to 309 million miles (378 million to 497 million kilometers) from the Sun. That’s 2.5 to 3.3 Astronomical Units (AU), with 1 AU being the distance between Earth and the Sun. Psyche takes about five Earth years to complete one orbit of the Sun, but only a bit over four hours to rotate once on its axis (a Psyche “day”).

This intriguing asteroid is now the primary target of the Psyche mission. Targeted to launch in August of 2022, the Psyche spacecraft would arrive at the asteroid in early 2026, following a Mars gravity assist in 2023. Over 21 months in orbit, the spacecraft will map and study 16 Psyche’s properties using a multispectral imager, a gamma ray and neutron spectrometer, a magnetometer, and a radio instrument (for gravity measurement). The mission’s goal is, among other things, to determine whether Psyche is indeed the core of a planet-size object.

Now, according to Space.com this mission in itself is on track properly and seems to be going well thus far. This specific asteroid is worth exploring for a lot of reasons and well, it’s especially interesting because it is so valuable that it if somehow someday brought back to Earth would be worth enough money to make every person on our planet a billionaire. I know, this sounds a bit out there but in the past, we’ve touched on this asteroid and what it is – it’s not something we’ve only recently become aware of.

Space.com wrote as follows on this project:

During a CDR, NASA assesses the design of every system and subsystem on a mission, from scientific instruments to communications to power and propulsion gear.

“It’s one of the most intense reviews a mission goes through in its entire life cycle,” Psyche principal investigator Lindy Elkins-Tanton, managing director and co-chair of the Interplanetary Initiative at Arizona State University, said in a statement. “And we passed with flying colors. The challenges are not over, and we’re not at the finish line, but we’re running strong.”

With the CDR now in the rearview mirror, the Psyche team can focus fully on building spacecraft hardware for the mission. And that should happen quickly: Assembly and testing operations on the probe are scheduled to begin in February 2021, and all of its science gear must be delivered to the main clean room at NASA’s Jet Propulsion Laboratory (JPL) in Pasadena, California, by April of that year. (Though Arizona State University leads Psyche, JPL is in charge of mission management.)

Most of the objects in the main asteroid belt between Mars and Jupiter are rocky. But, strangely, 16 Psyche appears to be made primarily of metallic iron and nickel, a composition similar to that of Earth’s core. For that reason, scientists suspect that 16 Psyche may be the exposed core of an ancient planet, whose rocky outer layers were stripped away by impacts long ago.

The $850 million Psyche mission will help scientists assess that hypothesis. The probe will conduct an in-depth analysis of the metallic asteroid using three science instruments: a multispectral imager, a gamma ray and neutron spectrometer, and a magnetometer.

What do you think about all of this? I for one know it will still take years to get there but the fact that things are headed in that direction blows my mind. I can’t wait to see what we can learn about this specific space rock.