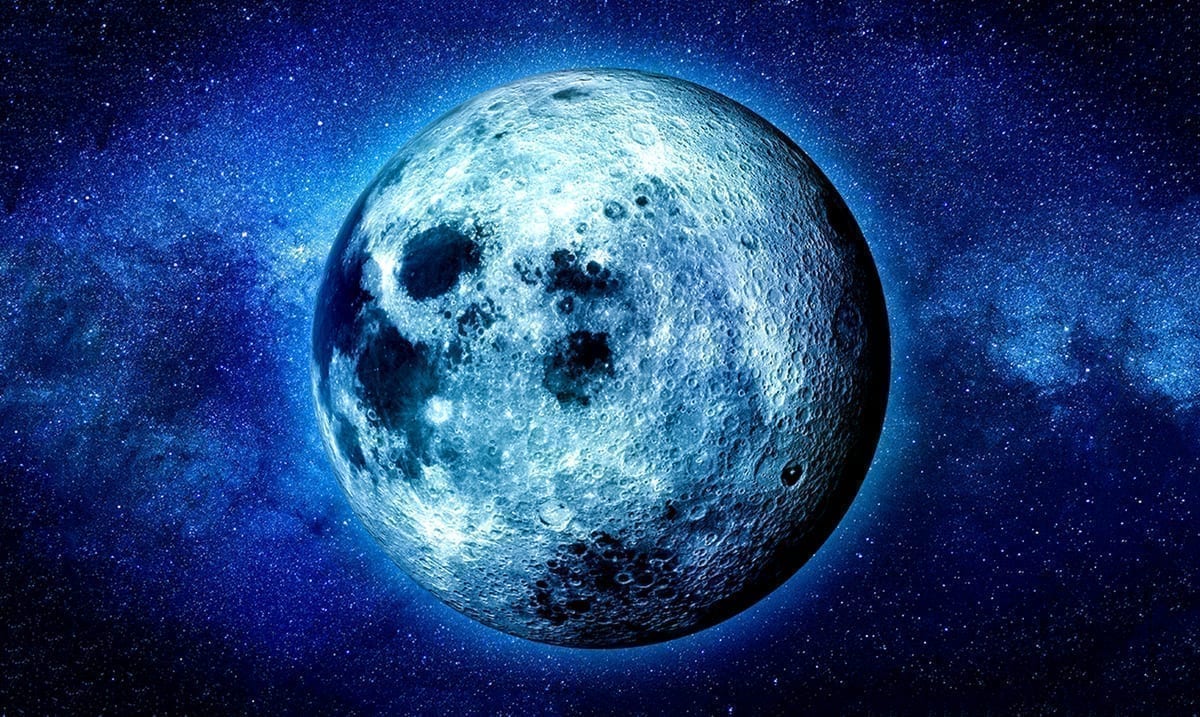 NASA Project Could Turn Moon Crater Into A Radio Telescope

By Gerald SinclairApril 10, 2020No Comments

As if technology wasn’t already mind-blowing enough it seems NASA has some huge plans for the moon. In recent times NASA has made public that they intend to turn a crater on the far side of the moon into something pretty amazing.

NASA will be turning a crater on the moon into a Lunar Crater Radio Telescope (LCRT), yes you read that correctly. This LCRT would be able to measure frequencies and wavelengths that here on Earth we are not even able to detect at all. Now, while plans are not set in stone right now, it does seem something could come from all of this.

On NASA’s website Saptarshi Bandyopadhyay from the Jet Propulsion Laboratory wrote as follows:

An ultra-long-wavelength radio telescope on the far-side of the Moon has tremendous advantages compared to Earth-based and Earth-orbiting telescopes, including: (i) Such a telescope can observe the universe at wavelengths greater than 10m (i.e., frequencies below 30MHz), which are reflected by the Earth’s ionosphere and are hitherto largely unexplored by humans, and (ii) the Moon acts as a physical shield that isolates the lunar-surface telescope from radio interferences/noises from Earth-based sources, ionosphere, Earth-orbiting satellites, and Sun’s radio-noise during the lunar night. We propose to deploy a 1km-diameter wire-mesh using wallclimbing DuAxel robots in a 3-5km-diameter lunar crater on the far-side, with suitable depth-to-diameter ratio, to form a sphericalcap reflector. This Lunar Crater Radio Telescope (LCRT), with 1km diameter, will be the largest filled-aperture radio telescope in the Solar System! LCRT could enable tremendous scientific discoveries in the field of cosmology by observing the early universe in the 10– 50m wavelength band (i.e., 6–30MHz frequency band), which has not been explored by humans till-date.

This posting also included some interesting visuals and basically shows moon rovers pulling wire mesh across the inside of this crater to really get things in order. What makes this concept extra interesting is that it would be possible to complete it without sending anyone into space, it could be done automated basically. Now, of course, this is going to take a lot of planning and isn’t going to be getting off the ground anytime soon but it is pretty wild to learn about. 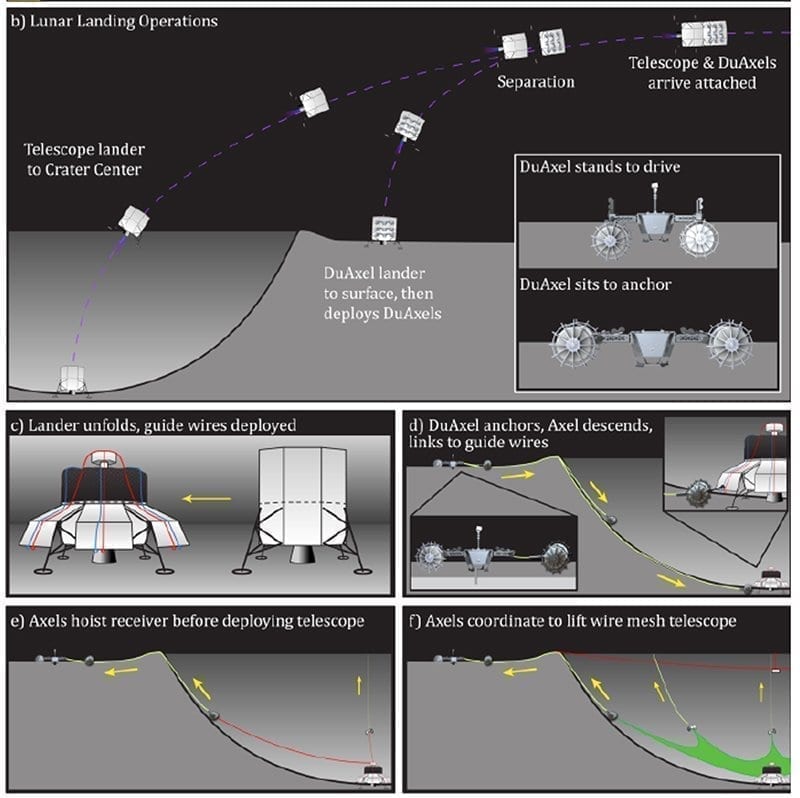 This idea has actually been present for several years and is only now being gone over again. For more information on this please check out the video below. This kind of thing would be an enormous step for us all and truly ground-breaking in so many ways, wouldn’t you agree?