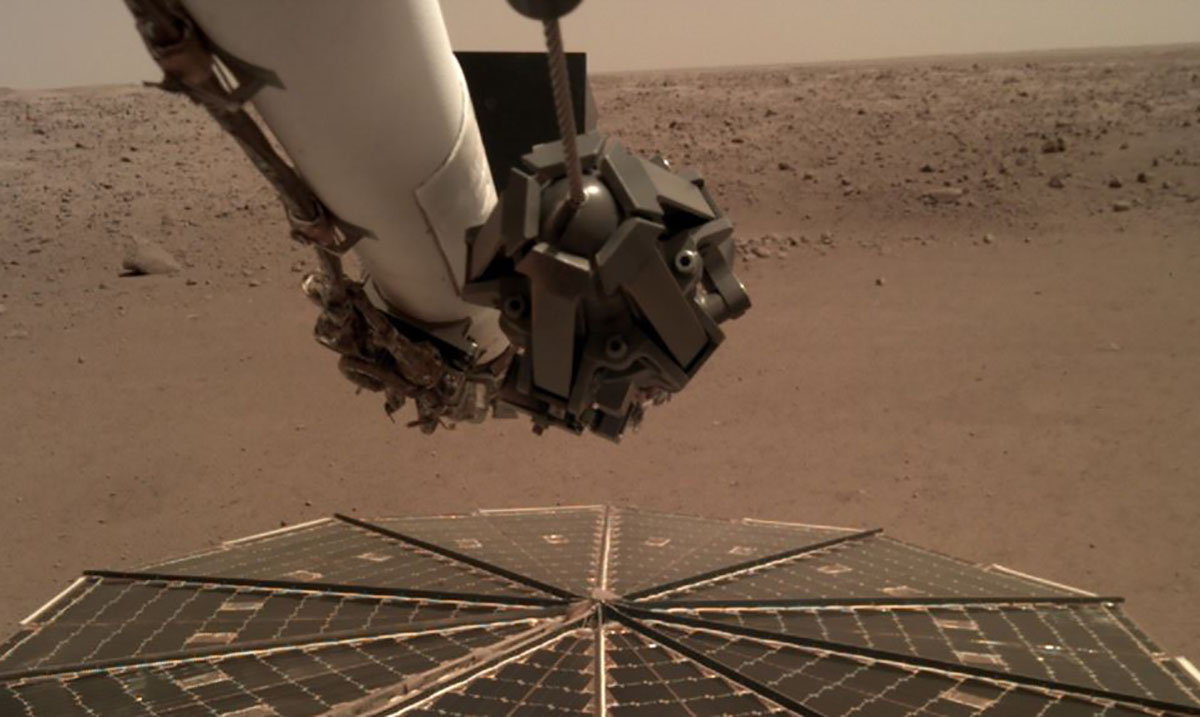 NASA Has Officially Captured Audio From the Surface of Mars, And It’s Eerily Beautiful

By Gerald Sinclair December 10, 2018 No Comments

As you may know, NASA landed a rover on Mars back in November after it traveled for almost seven months through space. This rover was sent out to help us gain a better understanding of the red planet and work to explore it in all ways possible at the moment.

This whole project is referred to as Mars InSight Mission and has two main goals: to help us understand the formation and evolution of Mars itself and to determine the level of tectonic activity on Mars. This mission is highly focused and works to answer some very critical questions.

Now that the InSight lander has been making its way around we have begun getting footage/images as well as audio files from the robot. The first audio has recently been released and while it might not seem like much is quite fascinating. If you’ve ever wondered what it might sound like on Mars, now is your chance to find out.

InSight’s sensors captured the haunting low rumble of winds caused by vibrations on December 1st and it is thought that these winds were traveling at about 15 miles per hour. While they were consistent with the direction of dust streaks in the landing area more is still being done in regards to observing.

Bruce Banerdt from NASA’s Jet Propulsion Laboratory JBL in California said as follows in a press release on the topic:

“Capturing this audio was an unplanned treat.”

“But one of the things our mission is dedicated to is measuring motion on Mars, and naturally that includes motion caused by sound waves.”

Basically, this audio is picked up by the sensors as noted above which means it is not recorded with a microphone. That being said, NASA has noted that they will be launching a rover in 2020 that will have microphones present so that the audio we get in the future will be much clearer. These sensors work as the rovers ears and so picking up things like this is quite possible and will most likely have more as time passes.

NASA wrote as follows in regards to this audio file on their website:

“The InSight lander acts like a giant ear,” said Tom Pike, InSight science team member and sensor designer at Imperial College London. “The solar panels on the lander’s sides respond to pressure fluctuations of the wind. It’s like InSight is cupping its ears and hearing the Mars wind beating on it. When we looked at the direction of the lander vibrations coming from the solar panels, it matches the expected wind direction at our landing site.”

Pike compared the effect to a flag in the wind. As a flag breaks up the wind, it creates oscillations in air pressure that the human ear perceives as flapping. Separately, APSS records changes in pressure directly from the thin Martian air.

“That’s literally what sound is — changes in air pressure,” said Don Banfield InSight’s science lead for APSS from Cornell University in Ithaca, New York. “You hear that whenever you speak to someone across the room.”

Unlike the vibrations recorded by the short period sensors, audio from APSS is about 10 hertz, below the range of human hearing.

The raw audio sample from the seismometer was released unaltered; a second version was raised two octaves to be more perceptible to the human ear – especially when heard through a laptop or mobile speakers. The second audio sample from APSS was sped up by a factor of 100, which shifted it up in frequency.

What do you think about this?