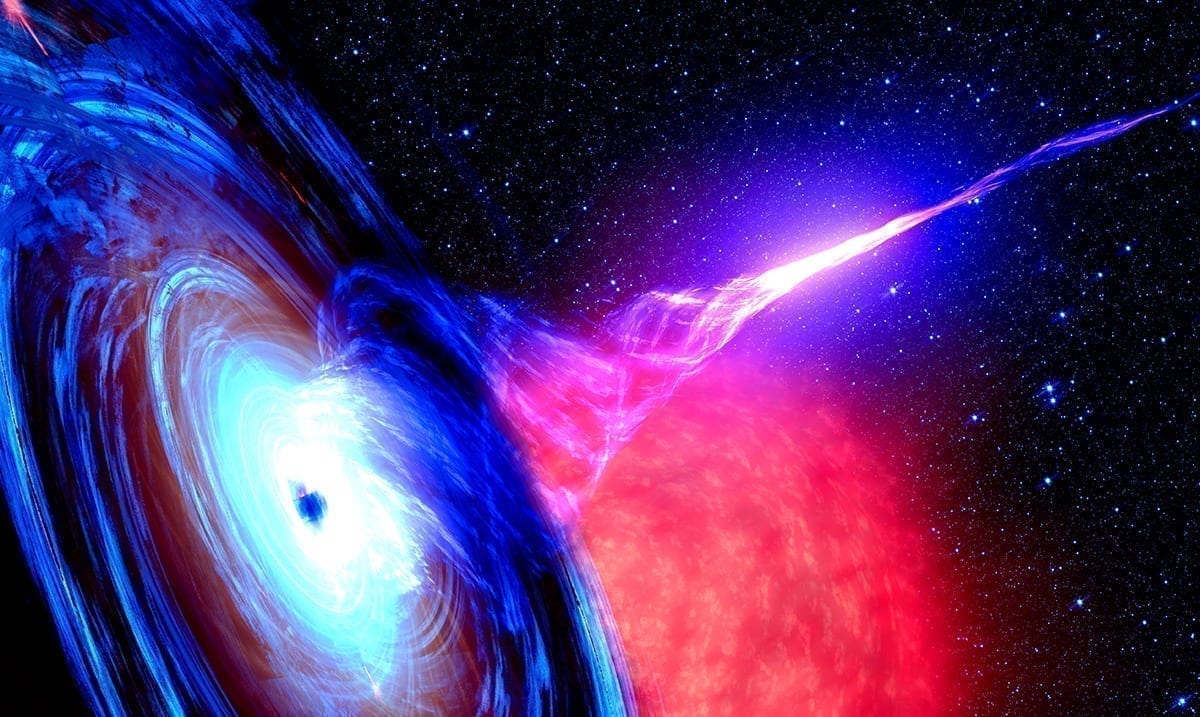 NASA Finds Evidence Of Black Hole Around 50,000 Times The Size Of Our Sun

By Gerald SinclairApril 5, 2020No Comments

In recent times it seems the Hubble telescope has found some interesting evidence. This according to NASA could be the best evidence for the ‘perpetrator of a cosmic homicide.’

Back at the end of March NASA posted on their website that astronomers had found some easily mind blowing evidence. Basically, it seems there could be a black hole weighing in at about 50,000 times the mass of our Sun out there somewhere in space. The evidence noted right now could easily be the best evidence so far for this kind of thing and is being referred to as a potential ‘missing link.’

The Hubble Space Telescope is tracking down a suspected black hole that shredded a wayward star that came too close for comfort.

The famed space observatory made the find while hunting down the source of a powerful burst of X-rays caught in 2006 by two other cosmic telescopes: NASA’s Chandra X-ray Observatory and the European Space Agency’s X-ray Multi-Mirror Mission (XMM-Newton).

At the time, astronomers weren’t sure if the X-rays had come from inside or outside of the Milky Way galaxy, but new high-resolution photography by Hubble shows that the X-ray source (known as 3XMM J215022.4−055108) is located in a star cluster at the edge of another galaxy. That’s exactly where an intermediate-sized black hole (IMBH) may lurk — at least, according to theory.

The team’s work further suggests the star cluster may have been the core of a small dwarf galaxy disrupted long ago when the dwarf galaxy strayed too close to the larger galaxy that currently hosts the star cluster. Gravitational interactions with the larger galaxy may have ripped the dwarf galaxy apart, leaving only a small cluster of stars in its wake. In much the same way, astronomers believe that the gravitational pull of the black hole inside this cluster shredded a star that got too close, thereby producing the X-ray flare detected in 2006.

If the X-rays indeed came from a black hole, astronomers suspect the object is about 50,000 times the mass of our sun. That’s a featherweight compared with the supermassive black hole that lies in the center of our Milky Way galaxy, which has a mass four million times greater than that of the sun.

“IMBHs have been particularly difficult to find because they are smaller and less active than supermassive black holes; they do not have readily available sources of fuel, nor as strong a gravitational pull to draw stars and other cosmic material which would produce telltale X-ray glows,” NASA officials said in a statement. “Astronomers essentially have to catch an IMBH red-handed in the act of gobbling up a star.”

Now for those who might be a bit confused these ‘intermediate-mass’ black holes are not something we see or find evidence of often. These IMBHs have for some time been hard to find because of how much smaller and less active they are according to NASA’s website. These findings really do open a lot of doors and bring forth a lot of questions. While much more research will need to be done, it is very interesting to learn about. For more information on the evidence behind this possible mid-sized black hole check out the video below.