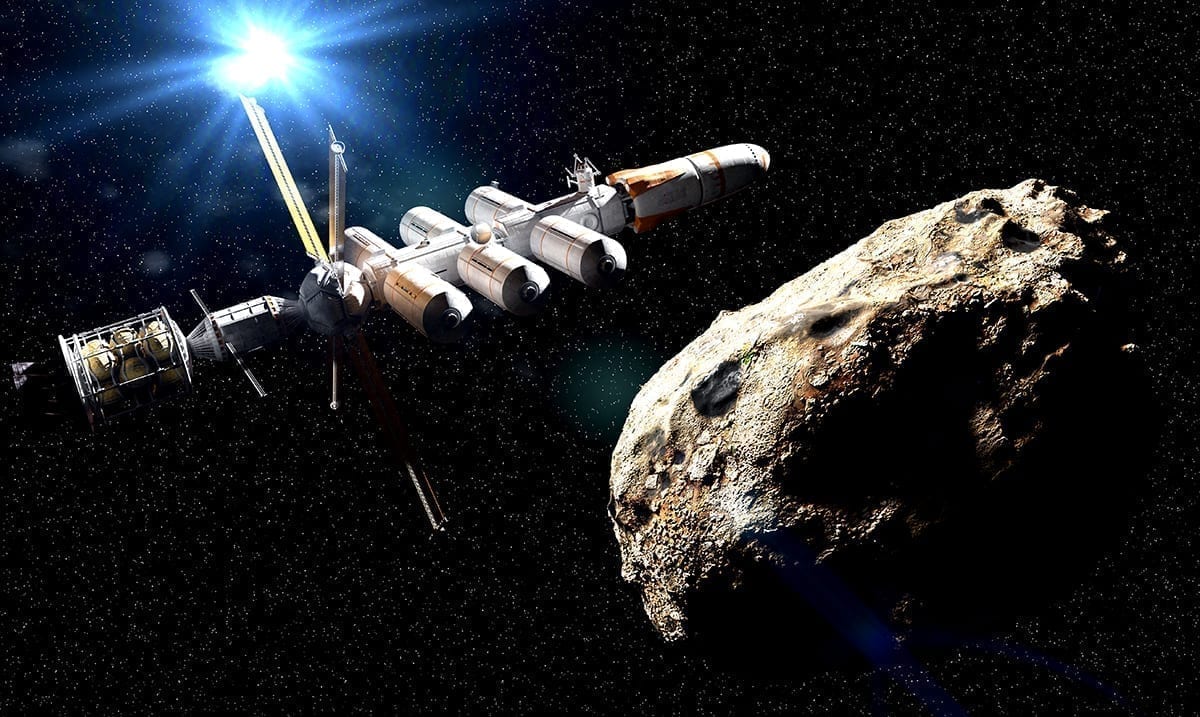 While NASA is always doing or finding something mind-blowing this asteroid will really leave you wondering what else is out there in space. If you haven’t heard of Psyche 16, perhaps learning more about it would be a good idea.

For those who do not know, Psyche 16 is an asteroid that seems to be made up mostly of rare metals. It stands out more-so than most asteroids as it is worth some serious money. This one is very unique and well, something most people would love to get their hands on if it were possible.

According to The Observer, this asteroid is roughly 230 million miles away from us and is about 140 miles wide. It is pretty huge and well, it’s not lacking in precious content, that’s for sure. A study was published in recent times on this asteroid and it really brought a lot to the light that most would have never expected about Psyche 16.

The abstract of this study that was published in the Planetary Science Journal goes as follows:

The Main Belt Asteroid (16) Psyche is the target object of the NASA Discovery Mission Psyche. We observed the asteroid at ultraviolet (UV) wavelengths (170–310 nm) using the Space Telescope Imaging Spectrograph on the Hubble Space Telescope during two separate observations. We report that the spectrum is very red in the UV, with a blue upturn shortward of ~200 nm. We find an absorption feature at 250 nm and a weaker absorption feature at 275 nm that may be attributed to a metal-oxide charge transfer band. We find that the red-sloped, relatively featureless spectrum of (16) Psyche is best matched with the reflectance spectrum of pure iron; however, our intimate mixture models show that small grains of iron may dominate the reflectance spectrum even if iron only comprises up to 10% of the material on the surface. We also stress that there is a limited database of reflectances for planetary surface analogs at UV wavelengths for comparison with the spectrum of (16) Psyche. The mid- and far-UV spectra (<240 nm) are markedly different for each of the four asteroids observed at these wavelengths so far, including ones in the same spectral class, indicating that UV observations of asteroids could be used to better understand differences in the composition and processing of the surfaces of these small bodies.

This asteroid in itself could end up being made up primarily of things like iron and nickel. Those are both things that as you most likely are aware are highly sought after. This asteroid if somehow it was able to be brought to Earth would essentially be worth about $10,000 quadrillion, yes you read that correctly it says quadrillion. Could you imagine that amount of money? I sure couldn’t.

The New York Post wrote as follows going over this fascinating space rock and its value:

Psyche, which is located about 230 million miles from Earth, appears to be metallic, unlike most asteroids, which are usually rocky or icy, according to the outlet.

That is what makes the massive asteroid so valuable.

To put its potential value into perspective, the entire global economy was worth about $142 trillion last year.

“We’ve seen meteorites that are mostly metal, but Psyche could be unique in that it might be an asteroid that is totally made of iron and nickel,” Dr. Tracy Becker, a planetary scientist at the Southwest Research Institute in San Antonio, and author of a paper published in the Planetary Science Journal told Forbes.

The metallic object is so dense that is believed to be the leftover core of a planet that failed during its formation — a “protoplanet.”

Iron and nickel are often found in the metal cores of planets, as well as in metallic meteorites.

“Earth has a metal core, a mantle, and crust,” Becker told Forbes. “It’s possible that as a Psyche protoplanet was forming, it was struck by another object in our Solar System and lost its mantle and crust.”

The Hubble Space Telescope observed Psyche at two points in its rotation and also viewed it in ultraviolet wavelengths of light to get as much detail as possible of the surface.

“We were able to identify for the first time on any asteroid what we think are iron oxide ultraviolet absorption bands,” Becker said. “This is an indication that oxidation is happening on the asteroid, which could be a result of the solar wind hitting the surface.”

While of course, more research will need to be and likely be done on this asteroid, who knows what else could be out there in space of higher value. Sure, we may never get the things this asteroid has to offer but knowing about them is a step towards figuring out the things we do not know about the world outside of our own. What do you think about this interesting information?