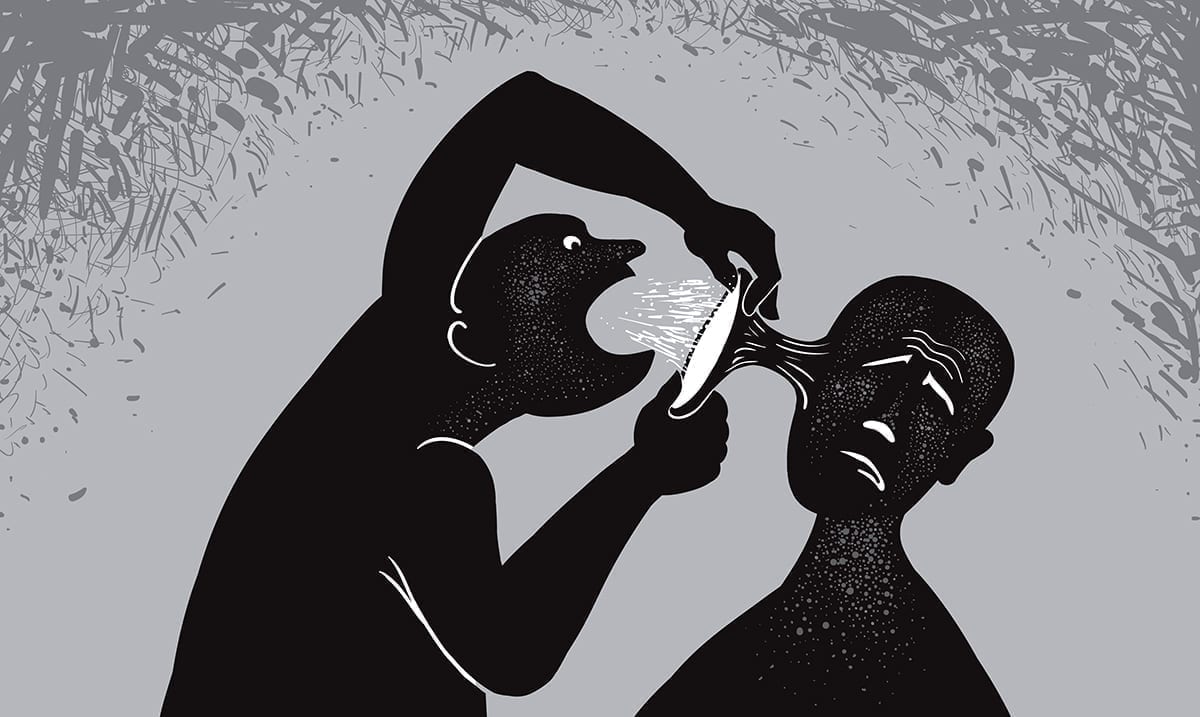 Narcissists Use Gaslighting To Gain Control And Break You Down

While narcissists all come in many different ‘shapes and sizes’ they for the most part all seem to be quite skilled when it comes to gaslighting. When a narcissist wants control of your life, he or she is going to pull out all the manipulation tactics that he or she can.

Gaslighting for those who do not know is something that manipulative people use quite often. It is a form of manipulation through which the victim’s perception of reality gets so warped that they question their own sanity. They may be constantly accused of things, blamed, and so forth. This is something that most people do not realize is happening to them, when it is very clearly happening to them.

PsychMechanics wrote as follows on this topic:

It commonly occurs in the form of denial (“There wasn’t any mark on my shirt”) and outright lying (“It was ketchup”). In many situations, outrightly denying the other person’s perception is unlikely to work because people tend to trust their own perceptions to a fair degree.

Instead, this mental manipulation is done insidiously by preserving some parts of those perceptions and manipulating other parts to the gaslighter’s own benefit.

Common phrases that gaslighters use include:

It’s all in your head.

I never said that.

I never did that.

When you’re being gaslighted the person doing it to you will go out of their way to try and make you out to be the one with an issue even if the things you’re reacting to are with reason. This kind of thing begins on a small scale and progresses from there. The slower this process is, the easier it becomes for the person that is the victim to give into it.

If you’ve ever accused your partner of doing something that you know he or she is doing only to be accused yourself, you have been the victim of gaslighting. Yes, it can be something that ‘simple.’ As time passes the more you end up questioning yourself, the more power the narcissist will gain over you and your life. This kind of thing can and will snowball quickly if you’re giving into it.

If it’s happening by someone you love and care about (like a spouse or parent), you’re going to WANT to believe the other person — and the gaslighter may use that against you, explains Darlene Lancer, JD, MFT, a marriage and family practice therapist in private practice and author of “Codependency for Dummies and Conquering Shame and Codependency: 8 Steps to Freeing the True You.”

It might be a result of how you were raised. Maybe your parents had very cut-and-dry beliefs and that certainty is how they (and now you) see the world and when someone sees things differently you assume something is wrong with them, Stern says.

Maybe you’re upset because you think your boyfriend is always flirting with other girls. What you don’t see is that it’s the girls that are flirting with him and he’s just being polite. But your worldview doesn’t allow you to question that maybe you’re getting the situation wrong. You make him think you know way more about relationships and there’s something wrong with him that he’s not able to see the “error” in his ways.

“Maybe at first you don’t believe it, but over time you may come think that maybe she is right,” Stern says.

To learn more about gaslighting take a look at the video below. This kind of thing happens all too often. It’s not something we should be letting others get away with or brushing off because we think sticking around is the better option.