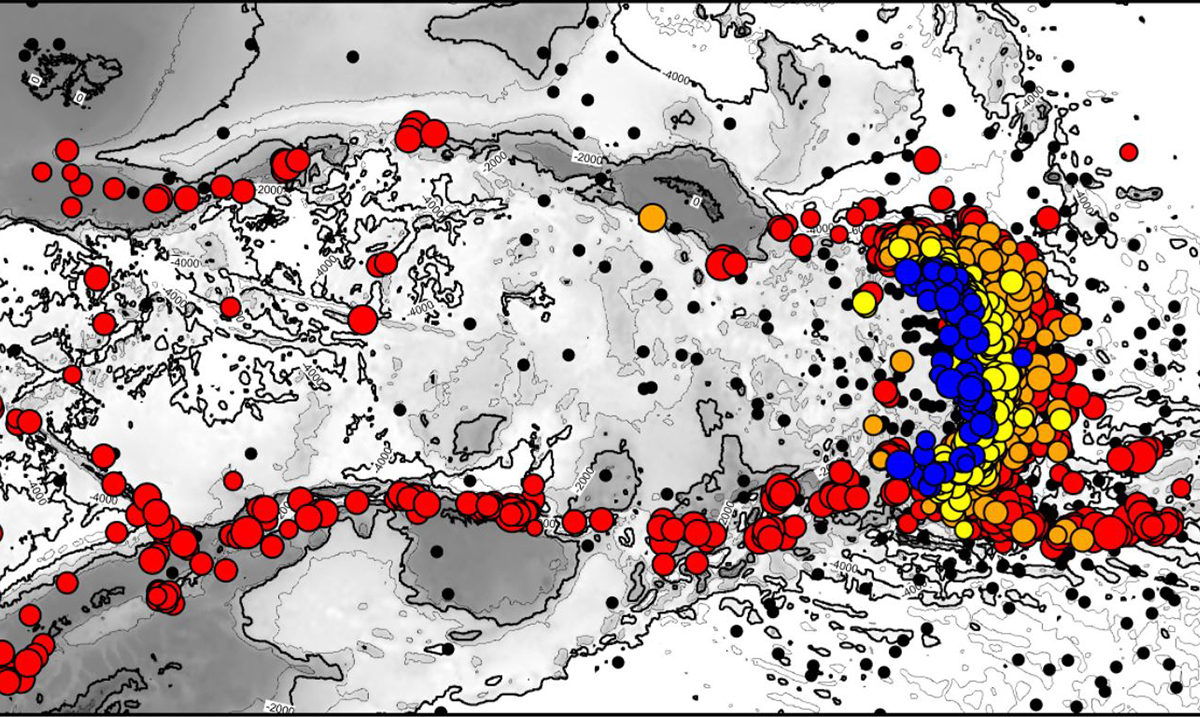 By Harley MansonApril 28, 2022No Comments

In 2020, a ‘swarm’ of earthquakes hit Antarctica, slowly came to a halt at the end of 2021. However, while the earthquakes had previously puzzled experts, a recent study has shed light on what caused them.

The swarm took place at Orca Seamount, which is an underwater volcano near King George, Island in Antarctica. For quite some time, this volcano was inactive. In order to better understand what was going on, researchers used seismometers and other techniques to find out the duration of the earthquakes and find out what had caused them.

In the midst of the swarm, grounds near King George Island shifted by 11 cm, and a ‘finger’ of magma began poking into the crust.

“There have been similar intrusions in other places on Earth, but this is the first time we have observed it there,” co-author of the study, Simone Cesca explained to Live Science.

“Normally, these processes occur over geologic time scales,” as opposed to over the course of a human lifespan, Cesca said. “So in a way, we are lucky to see this.”

On King George Island, there is a research center and scientists at the center were some of the first to feel the earthquakes rumbling beneath the crust. This pushed the researchers to become curious, so they began gathering data.

They used their own data, as well as data collected by nearby stations, and were able to come up with an understanding of what was taking place.

In October 2020, the swarm included a magnitude 5.9, and in November a 6.0. After that, the quakes began to dwindle, but were still occurring. According to the study, these quakes shifted the ground by 11 centimeters.

Only a small portion of the shift was caused by the quakes, however, and what they further discovered was that the magma that had arisen and pushed into the crust had majorly contributed to its shifting.

According to Cesca, their theory is that the magnitude 6 caused fractures which reduced the pressure of the magma dike.

Cesca believe that if there was an eruption, it took place at that time. But, currently, they say they don’t have evidence of an erupton but more so that the volcano has merely begun to awaken. And to further confirm if there was one, they will have to do further research later down the line.