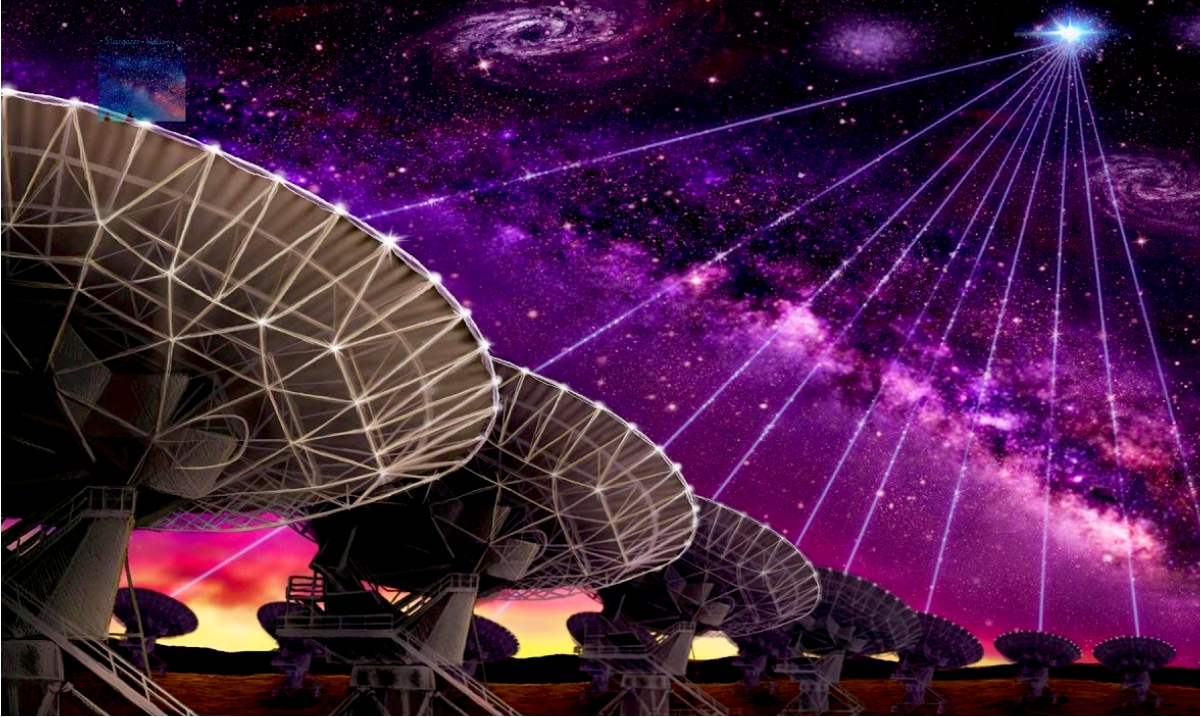 Mysterious Radio Signals 1.5 Billion Light-years Away Could Be Aliens

By Gerald Sinclair January 11, 2019 No Comments

Recently, some pretty interesting things have been happening in the world of space and mystery. Astronomers have revealed some details about something that even now we still do not quite understand.

We have recently detected radio bursts from outer space for the second time. These are known as FRBs and last no more than a mere millisecond.  Detected in 2007 on accident, they have left scientists puzzled.  While we do not know the origin or nature of these blasts just yet researchers in the past year or so have detected 13 more. All of which seem to be coming from the same source about 1.5 billion light-years away.

These FRBs were picked up by Chime a radio telescope in Canada. What is interesting about some of the FRBs we’ve found in the world today, is that only two have been repeating. This repeater pop up happened at least five separate times during their observations and is quite exciting to note.

The Journal Nature published as follows on the topic

The only other known repeating FRB is one that first appeared in 20122. It seems to originate in a galaxy some 2.5 billion light-years from Earth3. Finding a second repeater confirms that the first was not some kind of freak event.

CHIME has also detected the lowest-frequency FRB known so far, Good said. It appeared at wavelengths of 400 megahertz, breaking the previous record of 700 megahertz. Previous hunts with other telescopes had not found any FRBs at these lower wavelengths.

Studying lower-frequency FRBs, and the way in which their radiation is scattered on the way to Earth can reveal more about the environment in which the bursts were born. This includes whether there is a lot of turbulent gas such as in a star-forming region.

The CHIME observatory is located outside Penticton, British Columbia. It consists of four 100-meter-long, semi-cylindrical antennas that look like a half-pipe for snowboarding. The facility operates around the clock and scans the entire northern sky each day — giving it an excellent shot at catching transient FRBs. The bounty of detections came when the instrument was not yet at its full sensitivity, which suggests that it could eventually spot as many as dozens of FRBs each day.

Professor Avi Loeb from the Harvard-Smithsonian Center for Astrophysics seems to have quite the theory in regards to where these radio waves come from. He seems to think they could easily be evidence of quite advanced alien technology. He and his team actually proposed back in 2017 that FRBs could be leakage from planet-sized alien transmitters of some kind.

These are designed for propelling giant spaceships or something of the sort and not ideally used for communication itself. That being said, there is no proof of this just yet. To read more on this theory please feel free to click here. While Loeb’s ideas are purely speculative they are quite interesting, to say the least.

What do you think about all of this? I for one cannot wait to learn more about these interesting radio waves regardless of where they’re coming from and why.

Image via The Lost History Channel